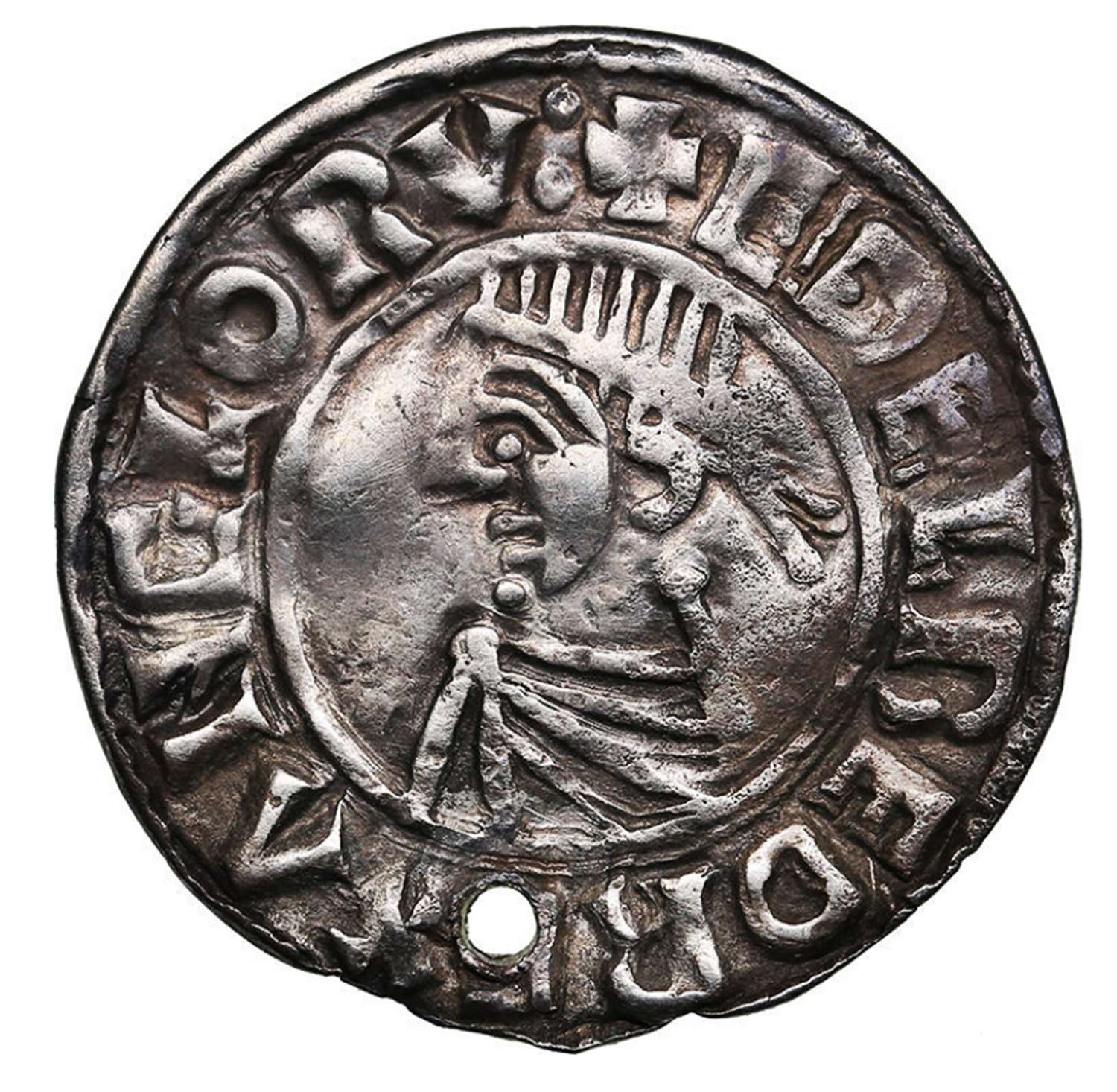 This is a Saxon silver penny of King Æthelred II, minted at York by the moneyer ÐOROLF (+ÐOROLF M-O EOFRPI for Thorulf of York). +EÐELRED REX ANGLORV for Aethelred king of the English. It is a full-round coin of the Last Small Cross-type. This coin would have been given as payment (Danegeld) from the English to the Vikings, having been minted in England and found in Estonia, the coin has also been pierced for use as an amulet (also another Viking feature, absent on Saxon finds). 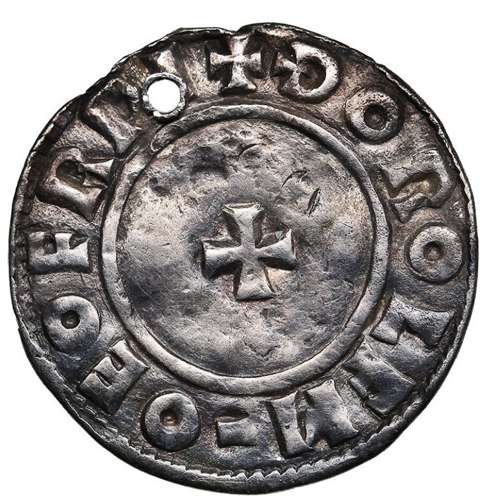 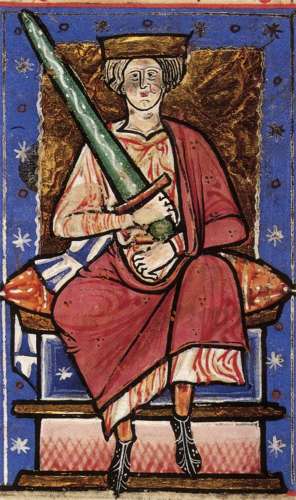