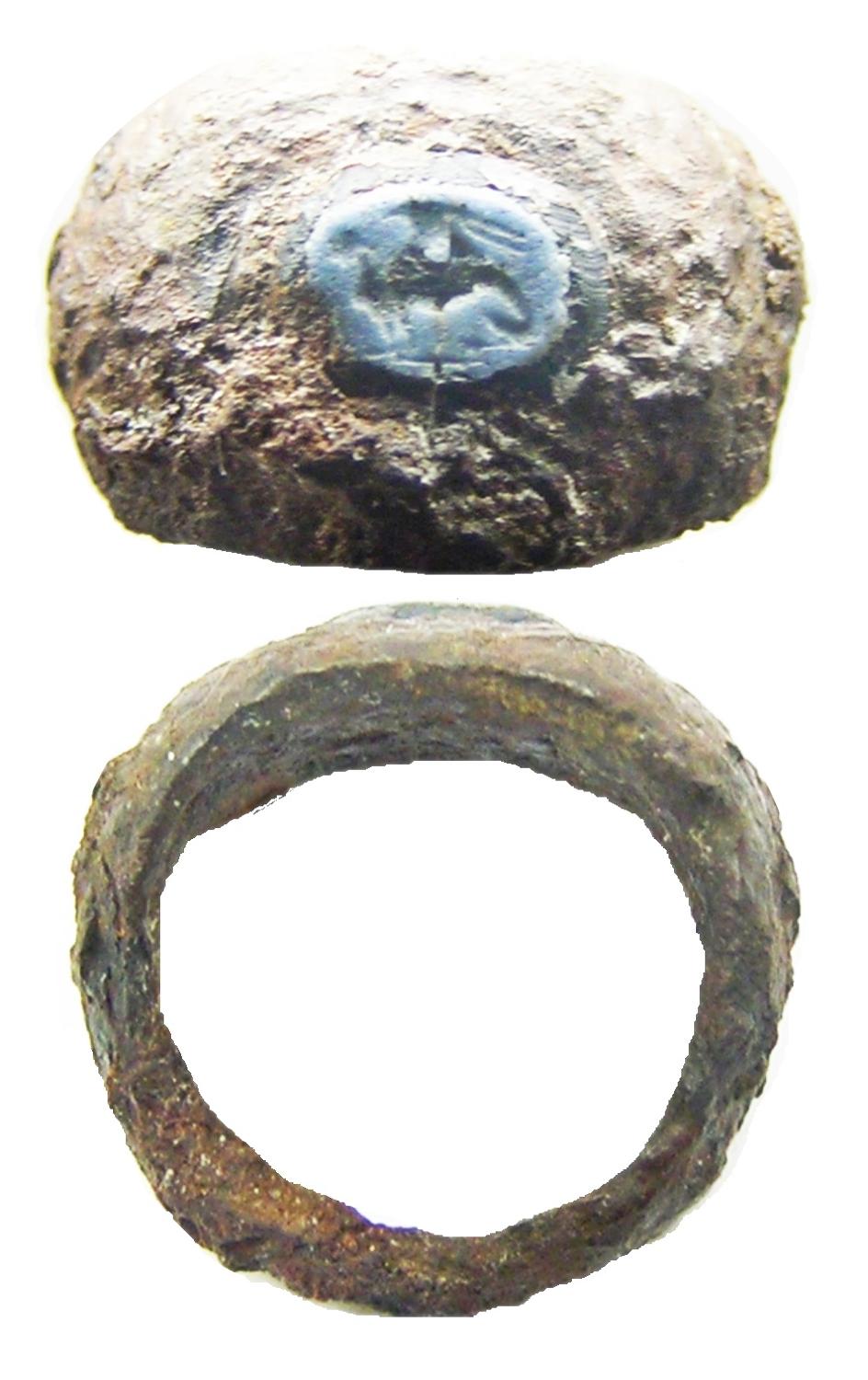 Iron rings were worn by true 'patriots' of Rome, who shunned gold examples of the Barbarians and Greeks in favour of a manly iron version. Iron is the metal of Mars (god of War), durable, strong and can withstand combat. Though, unlike gold, Iron is susceptible to corrosion, such as this excavated piece. Originally this ring would have appeared silver, set with an expensive looking Nicolo intaglio. The intaglio represents a female 'Greek' Sphinx, of a type used as the imperial seal of Emperor Augustus.

This ring dates to the Augustan period, possibly a little later to the time of Claudius. It is in excavated condition, heavily corroded, but intact. A rare survivor and collectable example of an ancient Roman ring 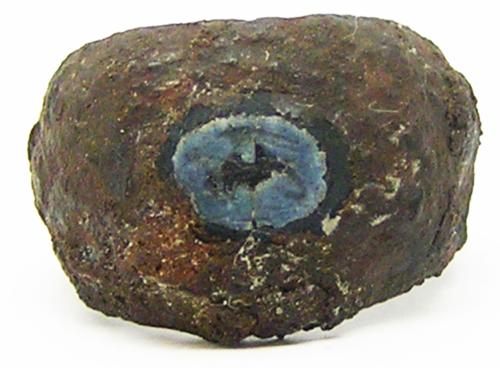 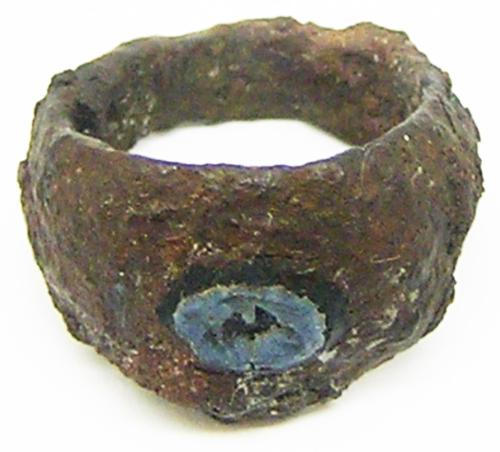 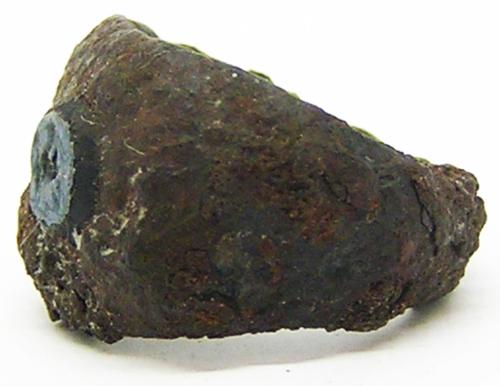 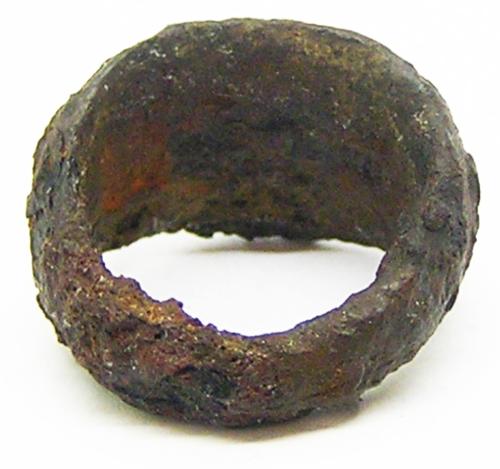 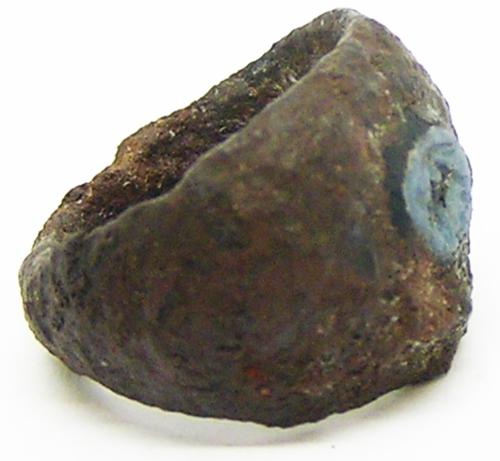 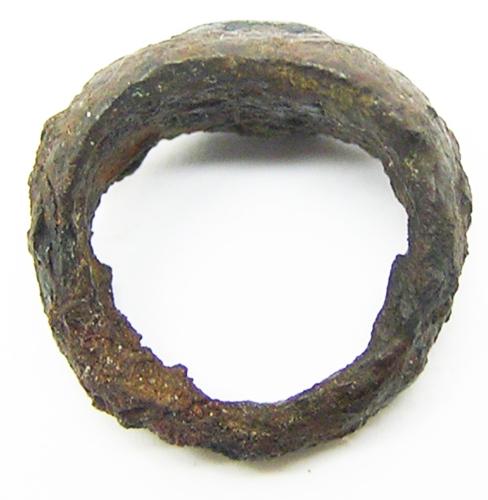 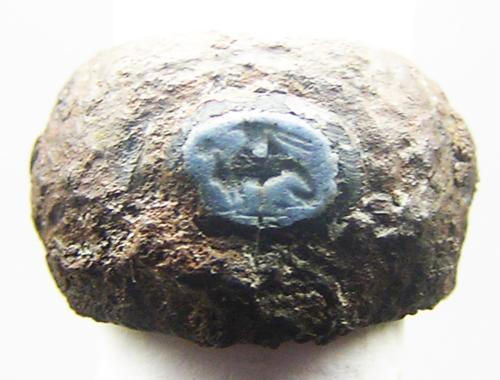 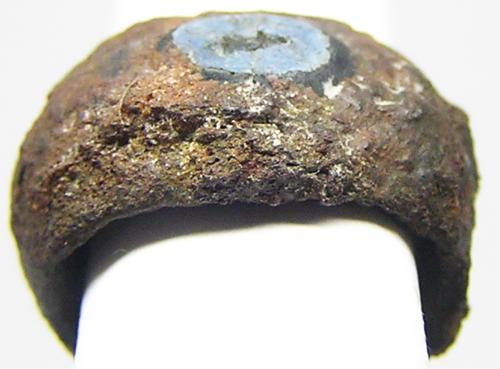