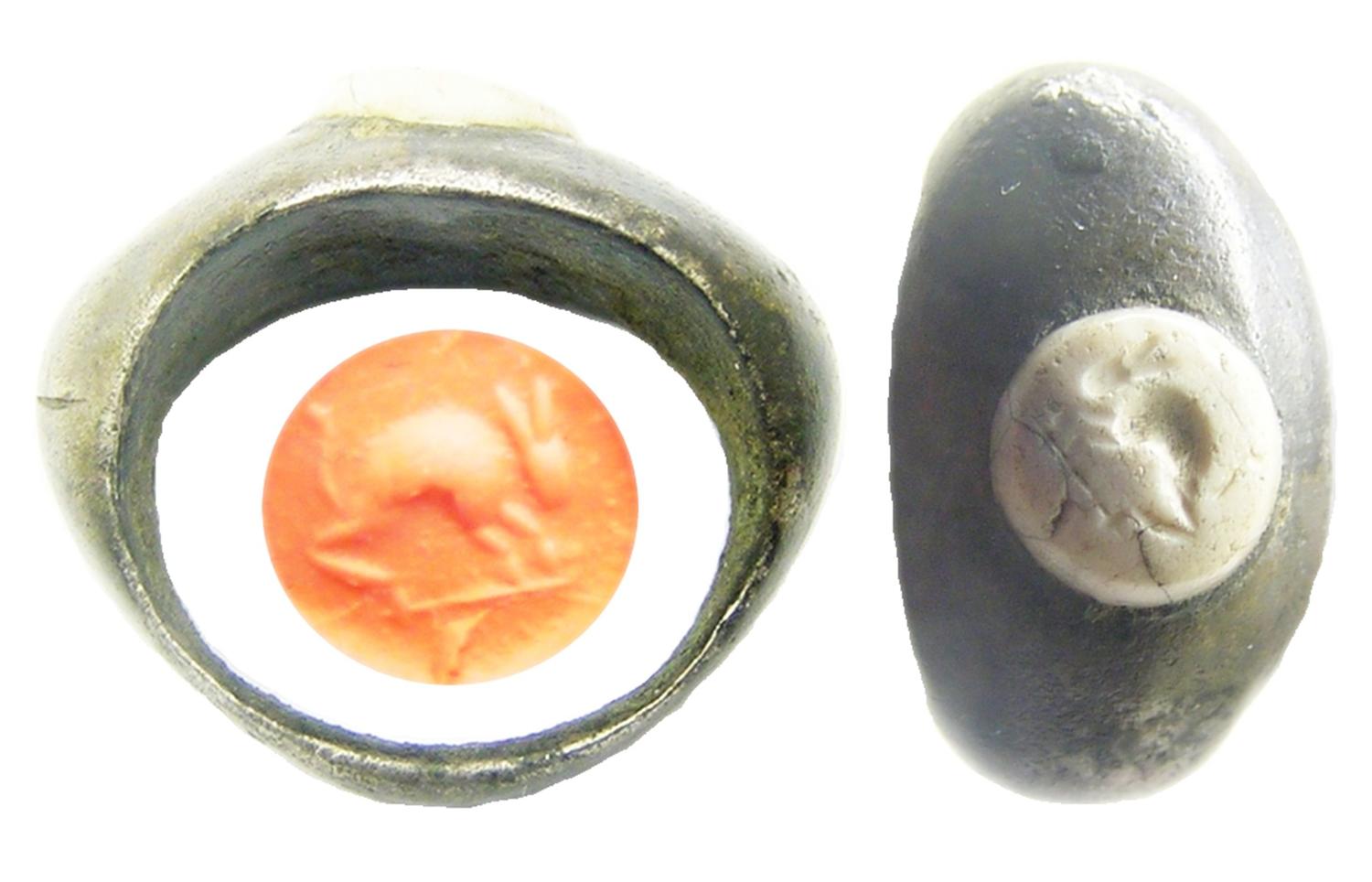 This is an ancient Roman silver intaglio ring, dating to the 2nd century A.D. The ring is set with the original agate intaglio (gone white) depicting a European Hare. The hare is leaping with the tail up, the gem is set at an angle, this is either on purpose to give more action/movement when worn on the finger, or has slipped from the original horizontal position. Originally the gem would have been cut on a brown agate, but great age has patinated the surfaces white. Thje ring is intact and in excavated condition with an untouched patina. 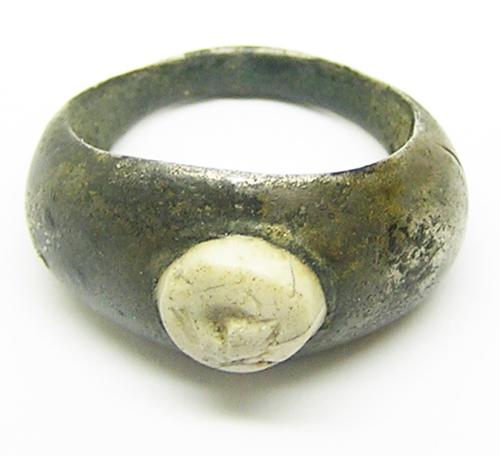 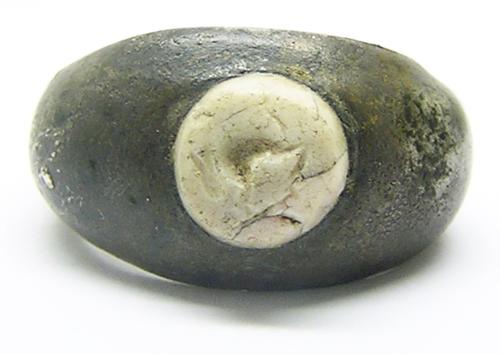 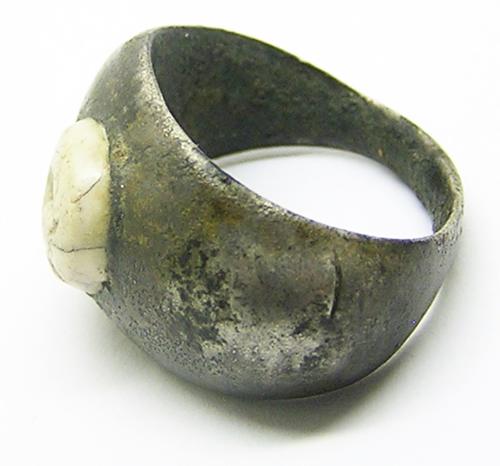 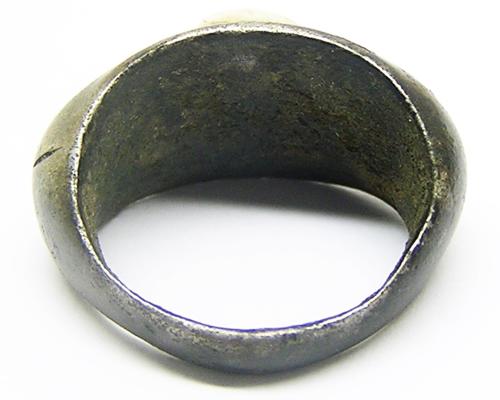 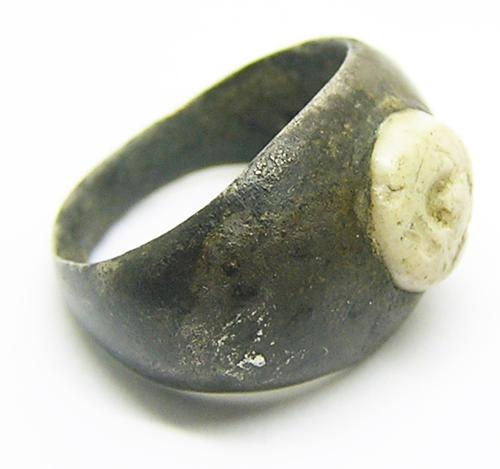 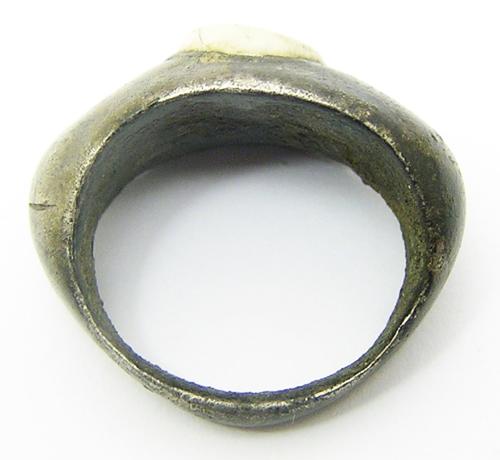 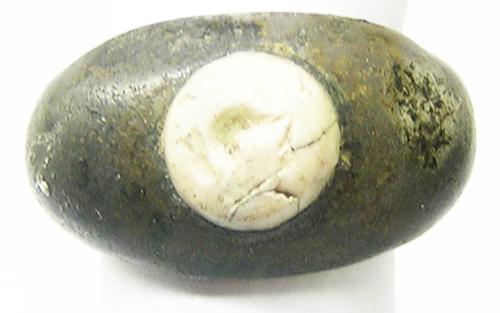 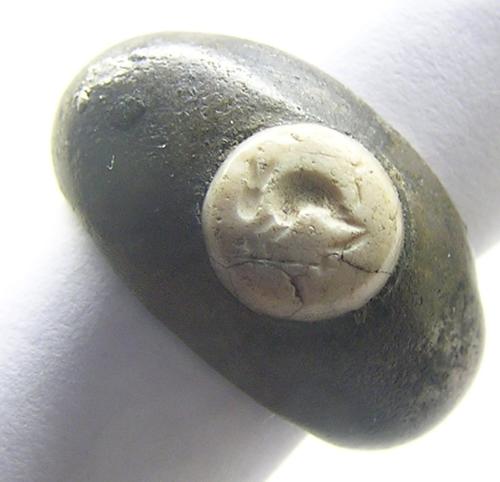 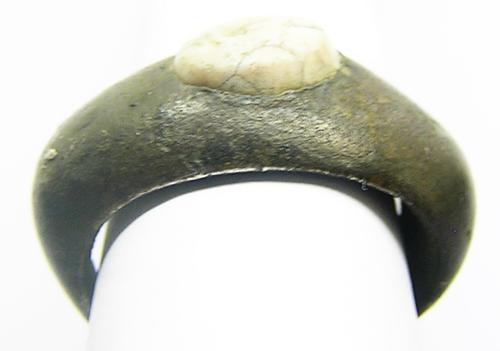 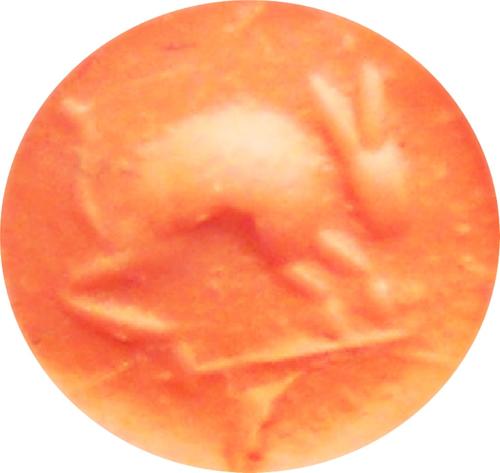