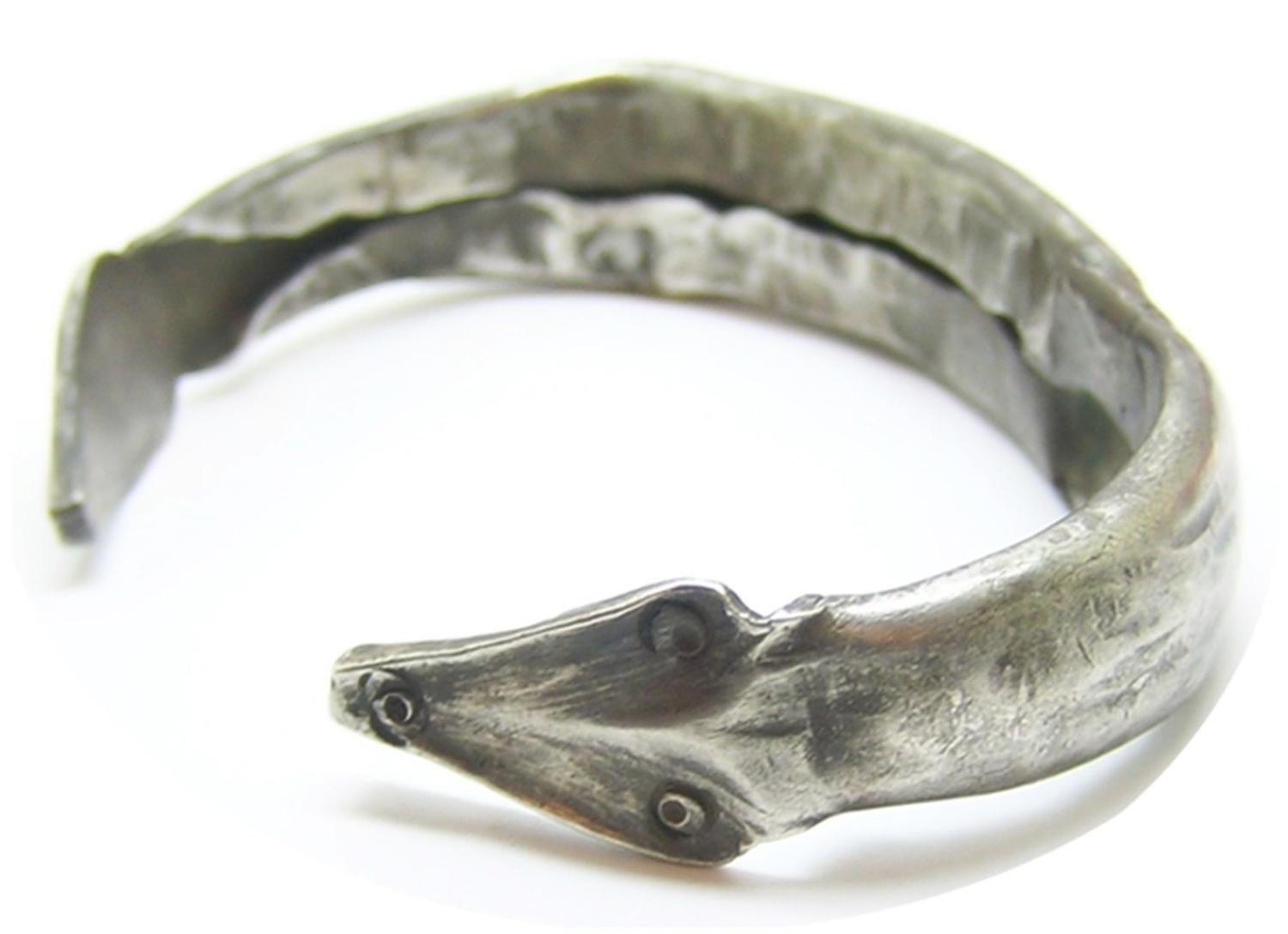 This is a wonderful ancient Roman silver bracelet, dating to the Augustan era of the late 1st century B.C. The penannular shaped bracelet is decorated with two opposing snakeheads. The body of the bracelet is hammered from a thick-gauged sheet of silver, strengthened with the edges folded over on the inside. It is an excellent example in good 'hoard' metal, presumably being found buried in a cache or inhumation deposit. The edges of the silver have cracked but it is still intact and wearable. Such a bracelet would have been worn on the wrist of a noblewoman, either of Thracian decent or produced by a Thracian jeweller for the Roman elite. 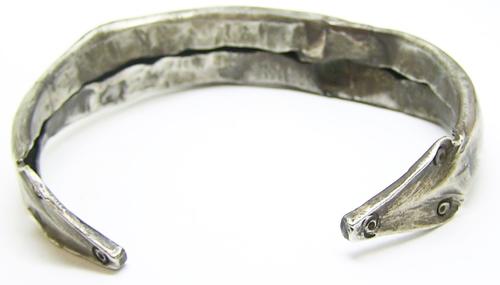 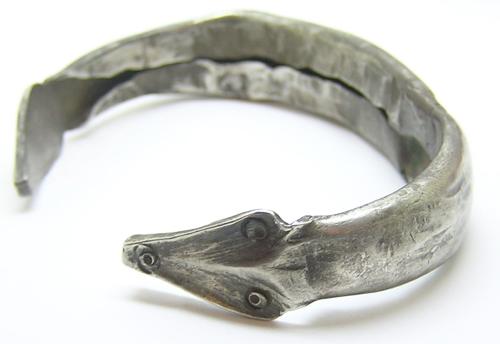 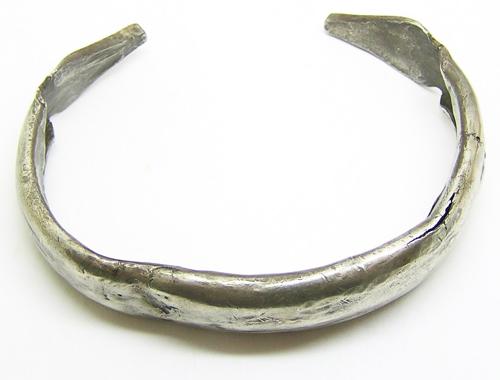 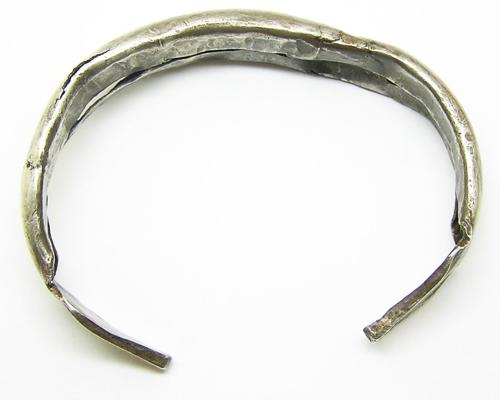 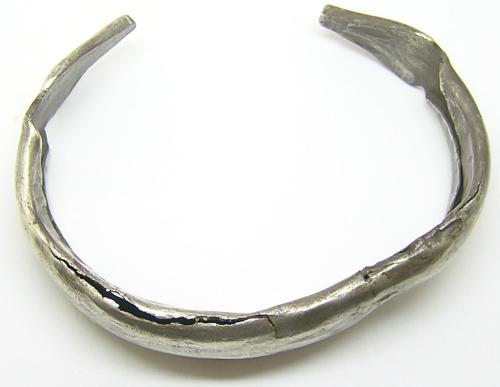