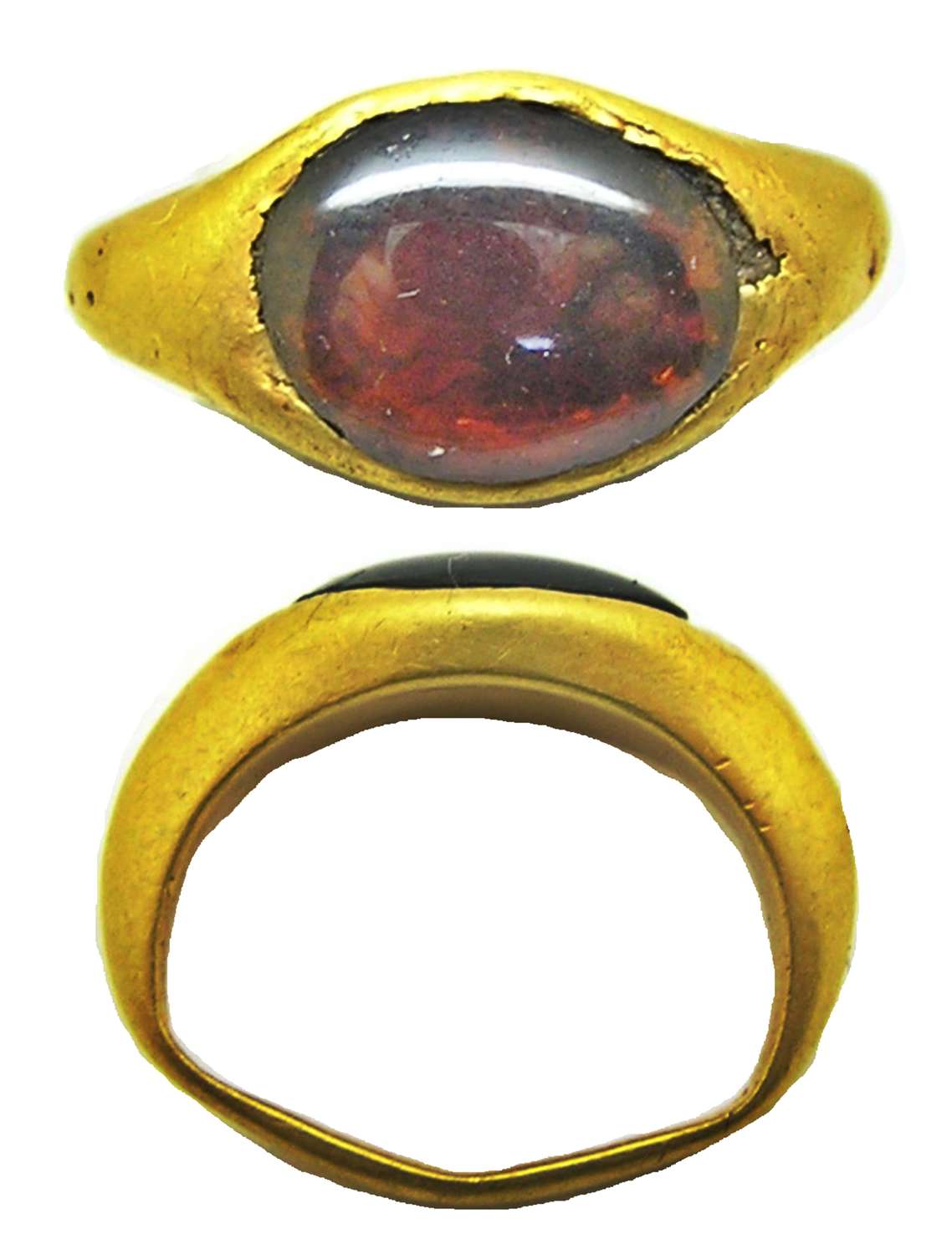 This is an ancient Hellenistic gold and garnet finger ring, dating to the 3rd - 1st century BC. The solid gold ring is expertly crafted out of a buttery yellow gold, set with a beautiful and original firey pyrope garnet. Such gems were some of the most esteemed and valuable red gemstones in Antiquity. Theophrastos of Eresos, Aristotle’s successor of the philosophical school in Athens and author of the first known mineralogical book Peri Lithon (On Stones), reported on the value of garnet, called anthrax (“charcoal”) in Greek, in Hellenistic times: even a small stone was worth 40 gold staters weighing about 10 troy ounces. He also mentioned seaports that delivered these precious stones: Carthage in Africa, Miletus in Asia Minor, and Massalia in Europe. Important manufacturing centers of garnet jewelry in Hellenistic times. This is an excellent example of gem-set finger ring, dating to the late Ptolemaic and Roman Republican period - around the time of Queen Cleopatra and Julius Caesar. 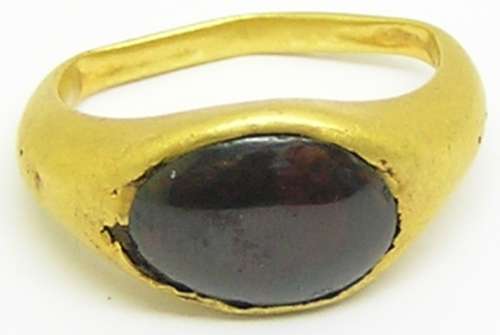 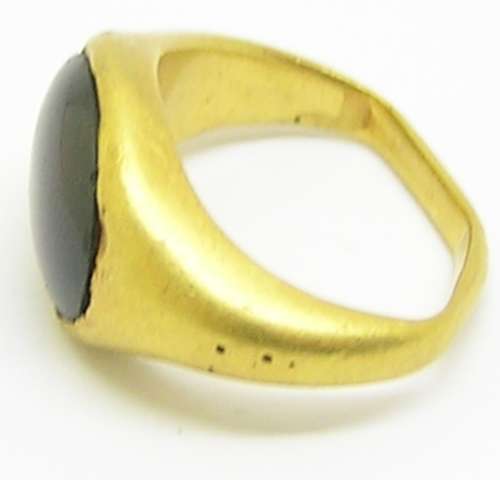 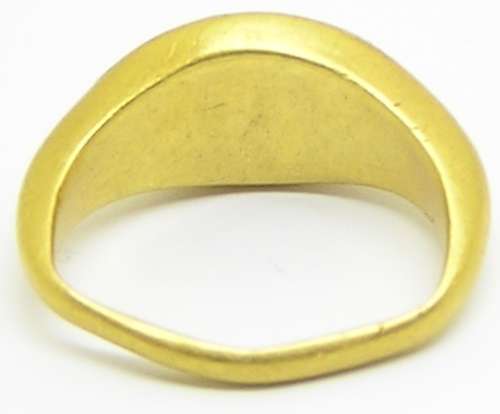 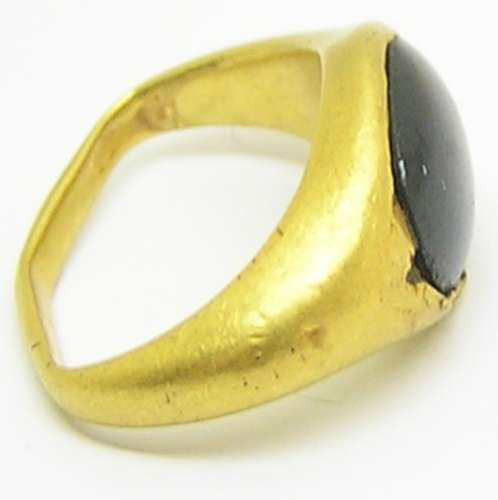 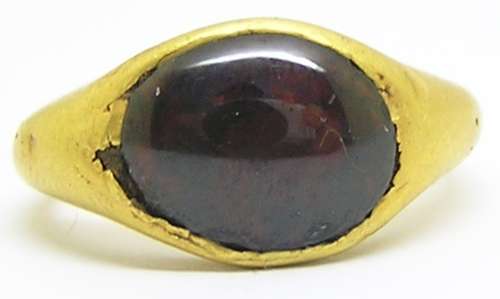 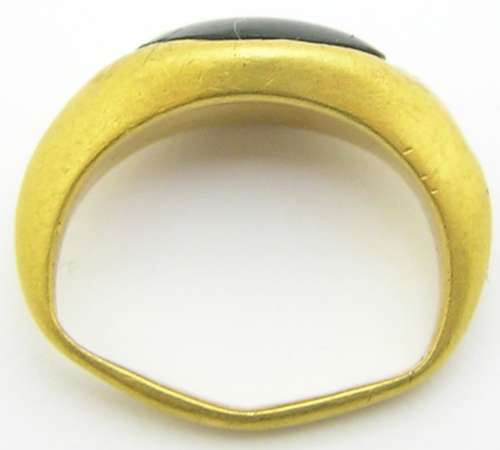 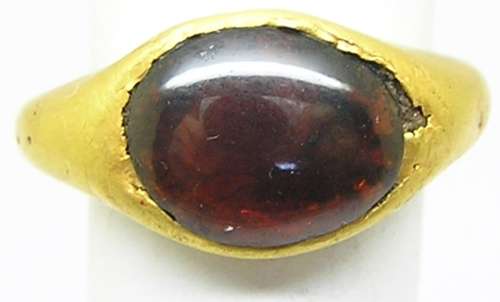 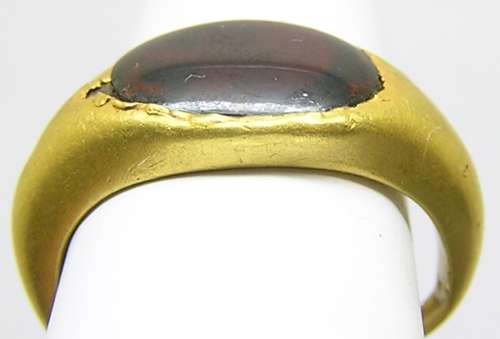 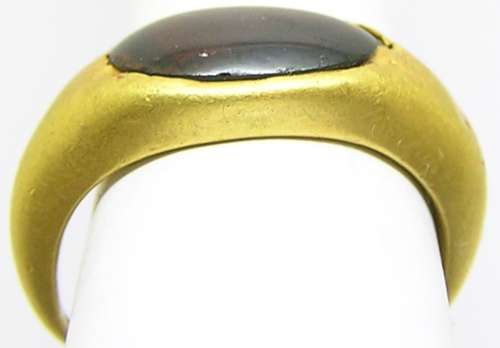