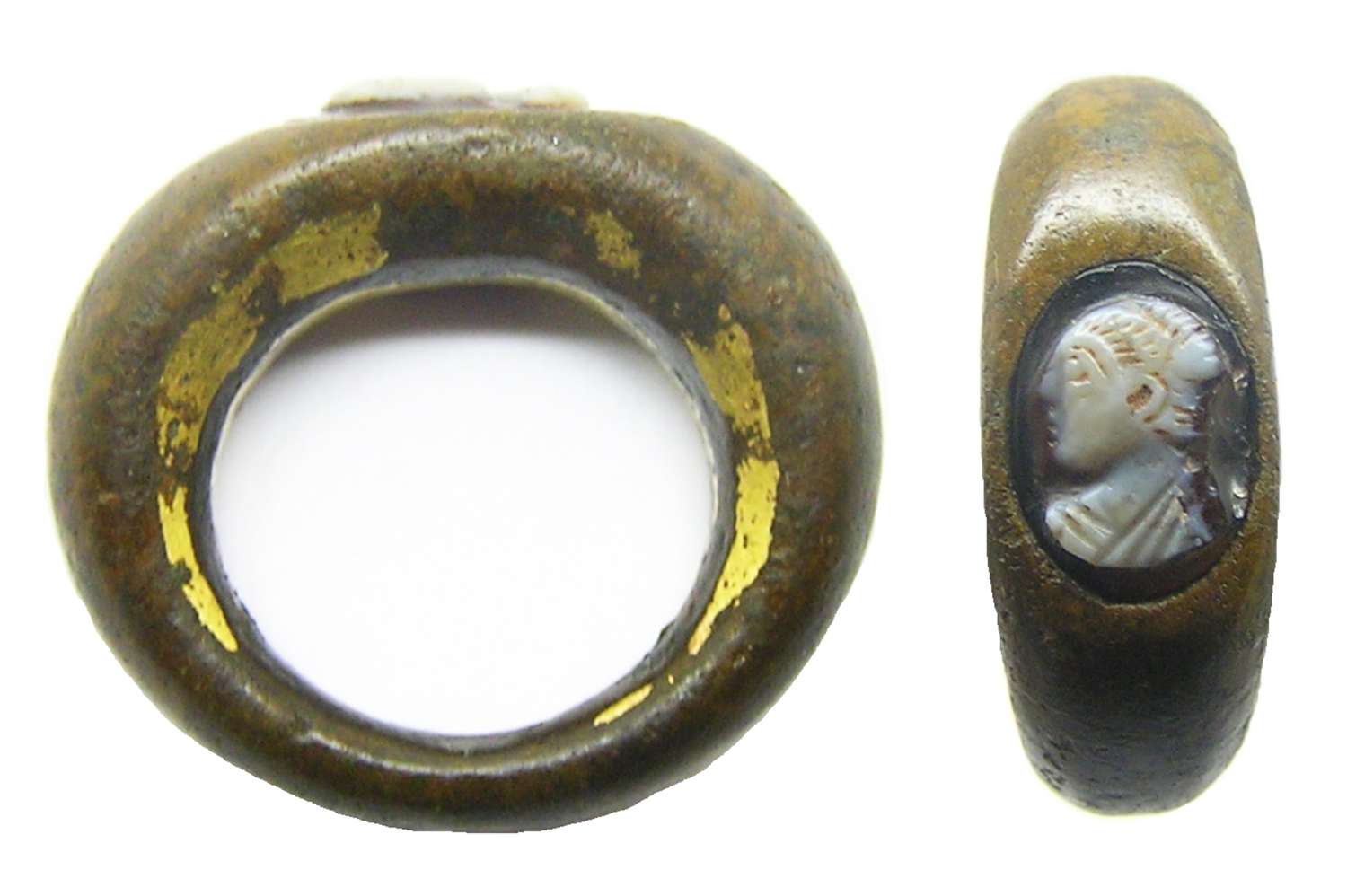 This is an ancient Roman cameo ring, dating to the 2nd - 3rd century A.D. It is a large and robust ring set with an agate hardstone cameo. The cameo is cut on a white layer of the agate, against a grey background of a veined agate. Being an ancient gem it bears a slight chip behind the head. The ring is intact and bears traces of the original gold gilding. 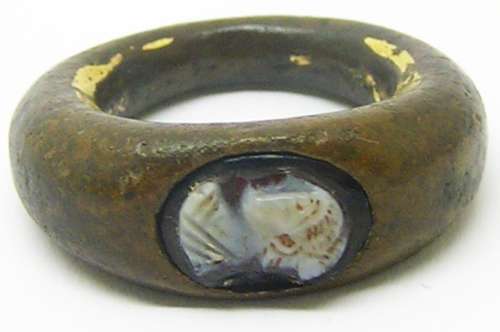 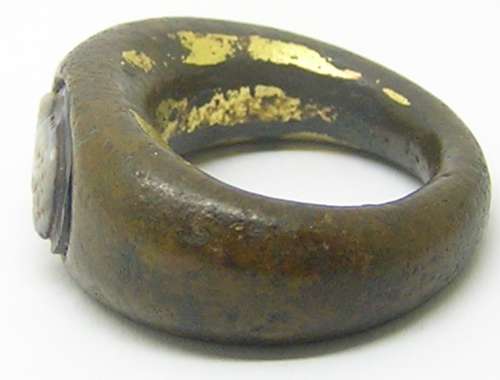 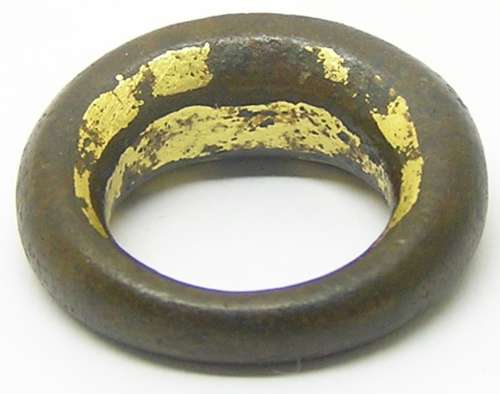 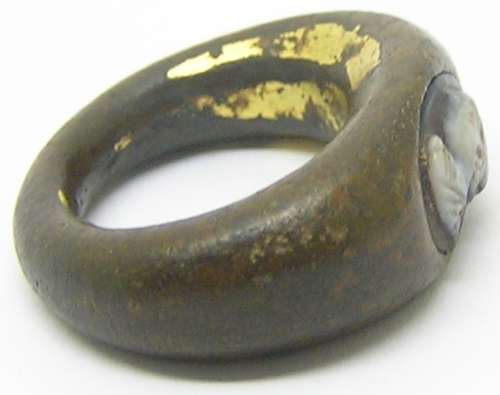 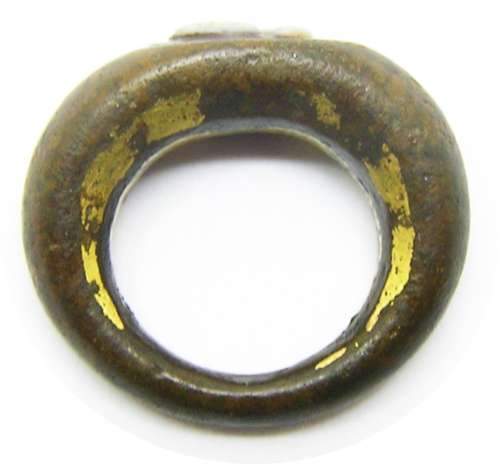 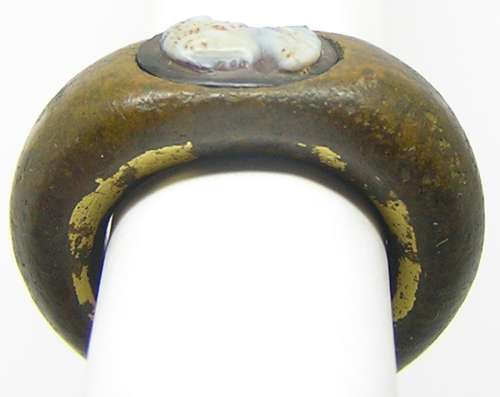