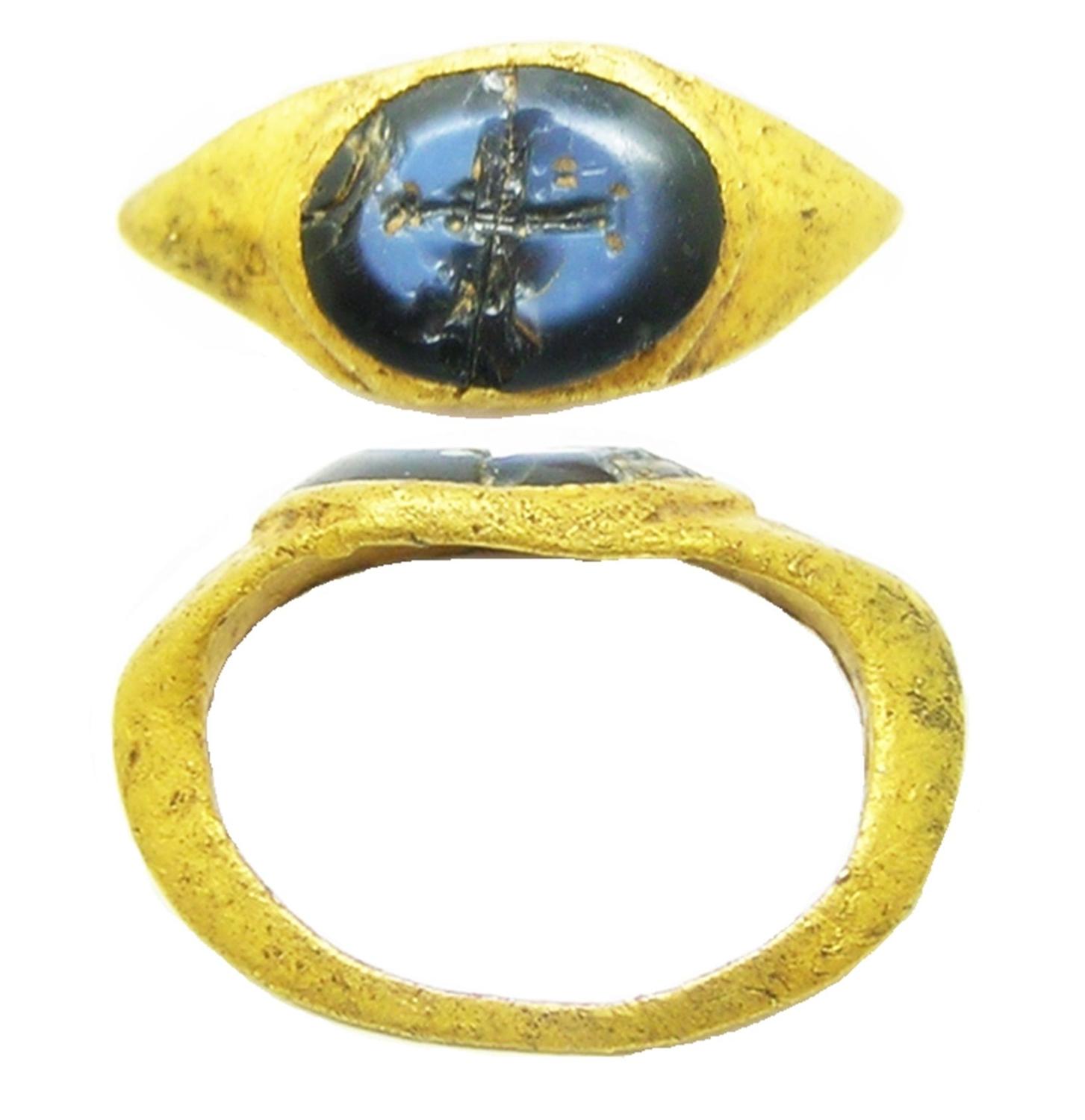 This is an ancient Roman gold intaglio ring, dating to the 2nd - 3rd century A.D. It is set with its original nicolo intaglio, depicting the goddess Ceres (Demeter). The intaglio is sadly cracked, though identifiable with the ears of wheat and a dish of fruit. Gems of Ceres were found in the Snettisham Jewellers hoard (in the British Museum), using a similar arrangement to this stone. The finger ring can be categorized as Henig's (1978) Type VIII, that is dated to the second or third century AD. The finger ring is keeled in profile with a square-section to the lower half of the hoop. The upper half of the hoop, forming the shoulders of the ring. Similar intaglio rings have been recorded from Oxfordshire (BERK-B279D7) and Kent (KENT-EC54C5). This example is intact but sadly the gem is cracked, possibly this was intentional at deposition, given as an offering for prayers that had been answered? 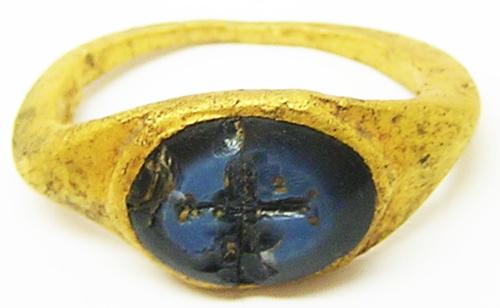 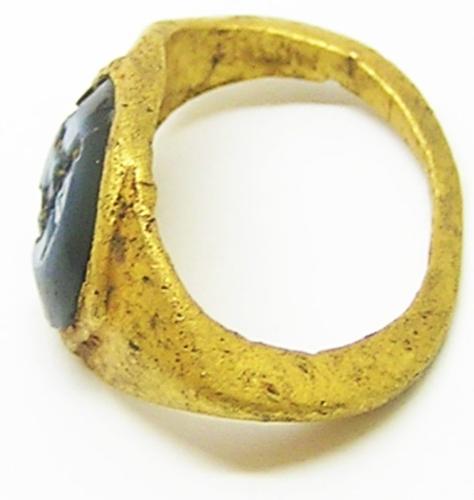 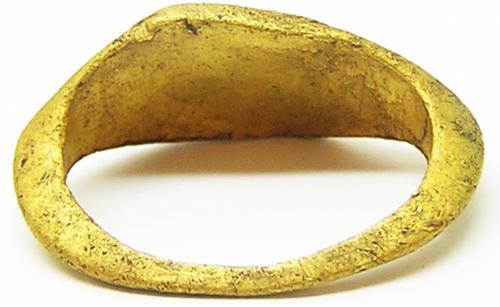 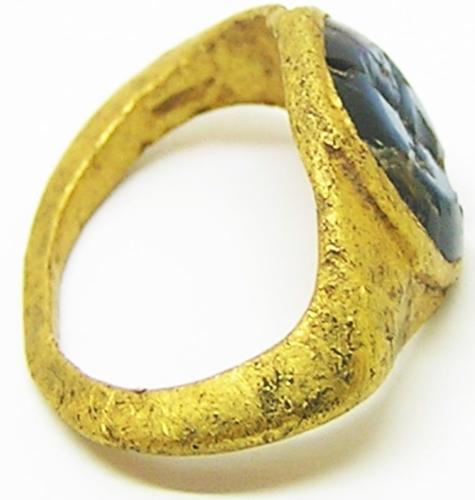 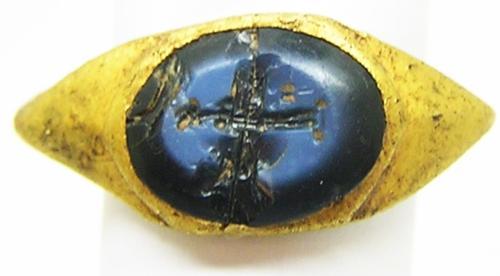 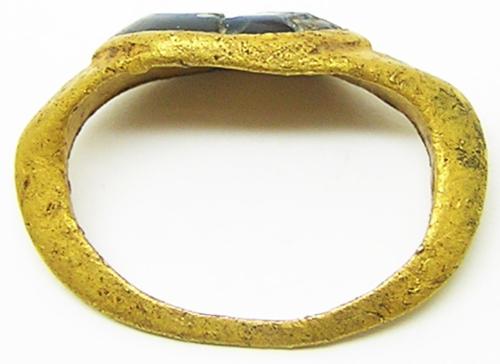 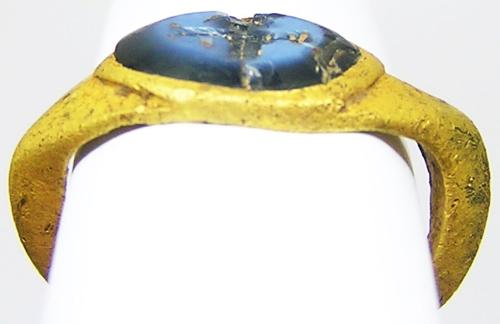 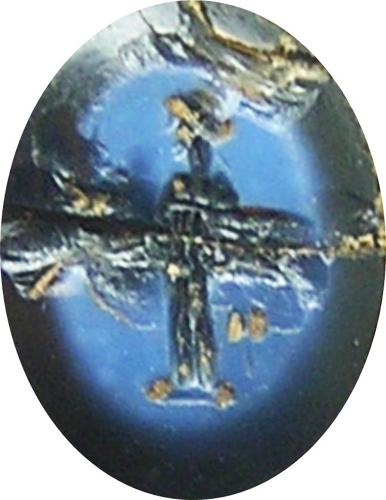