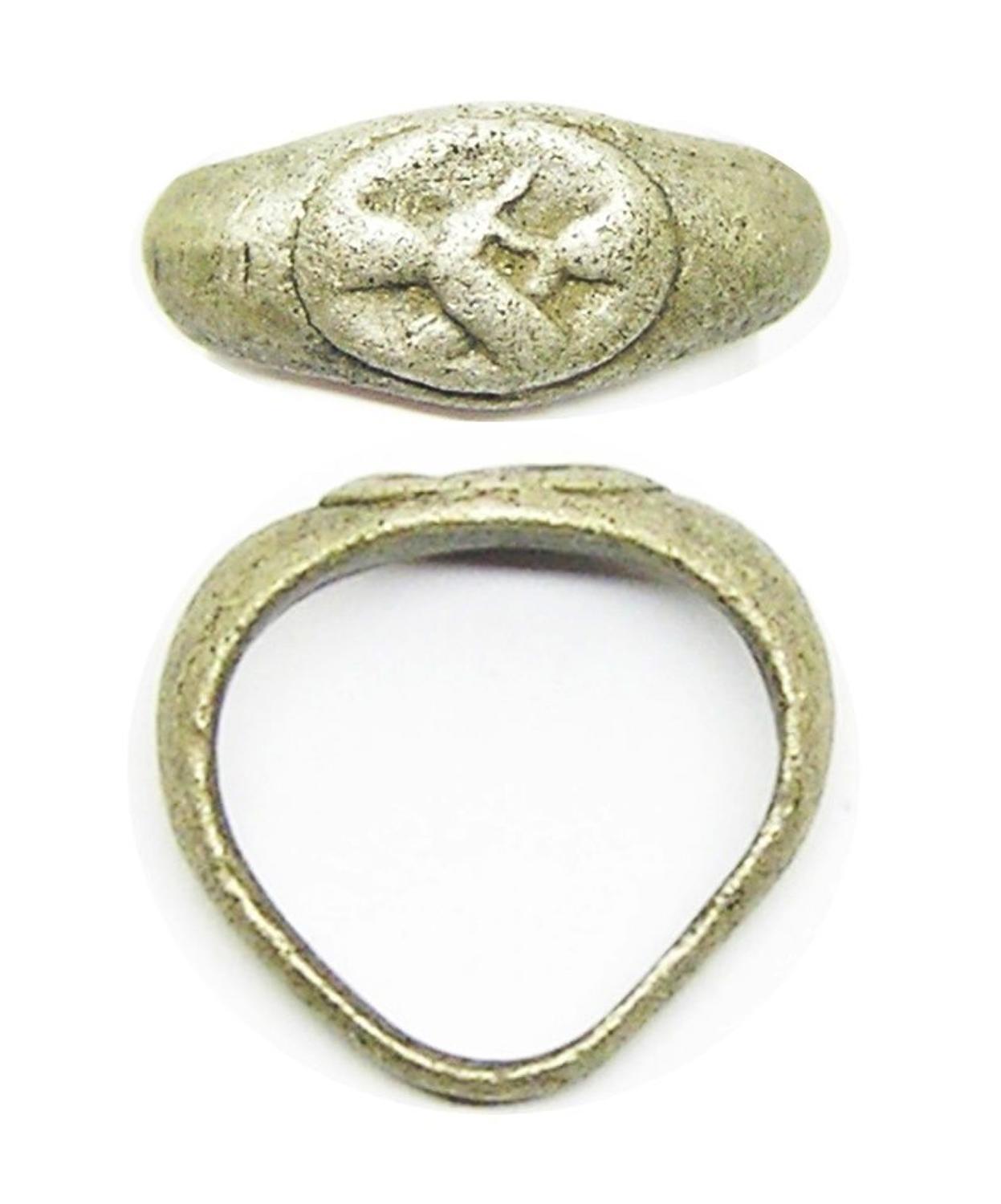 This is an ancient Roman silver finger ring of a Henig Type V that dates to the second half of the 2nd century. This has a raised oval domed integral bezel that imitates a stone or intaglio, decorated with a pair of clasped hands, known as a dextrarum iunctio. The size indicative of a slender finger, so originally most likely worn by a Roman lady.

The ancient Romans did not use engagement rings or wedding rings in exactly the same way as we do today. However, we know that in some cases, prior to the wedding ceremony, the sponsus offered his or her spouse (sponsa) a ring, the annulus pronubus. In archaeological research, it is difficult to recognize when and with what purpose a jewel was given - and that is true of wedding and engagement rings as well.   However, there are a small group of rings that are well identified as annuli pronubi. It depicts the moment of joining the two right hands of husband and wife, a moment at the ceremony of the Roman marriage called dextrarum iunctio. The image on this ring of a pair of clasped hands depicts such a scene, thus most likely the original intent, worn as a wedding ring.

The ring has survived in good condition with consistent wear from a long and happy life (by the original owner), interestingly the band has almost formed a heart-shaped hoop, again caused from being worn over an extended period of time. It is a rare ancient wedding ring, one almost certainly imbued with much love! 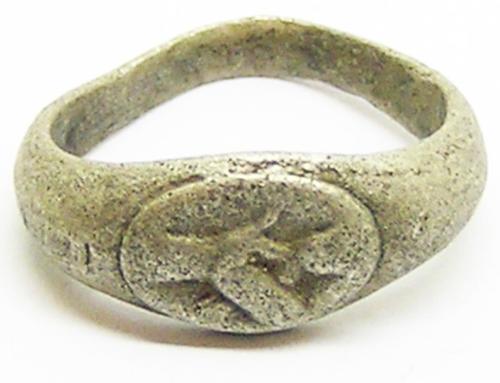 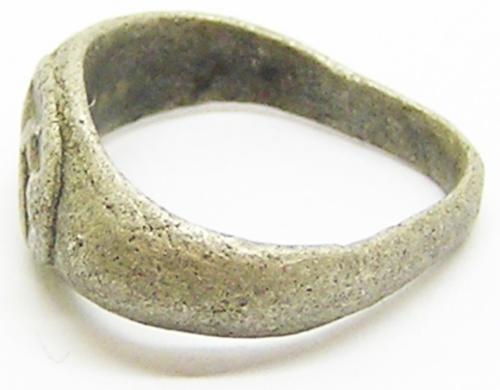 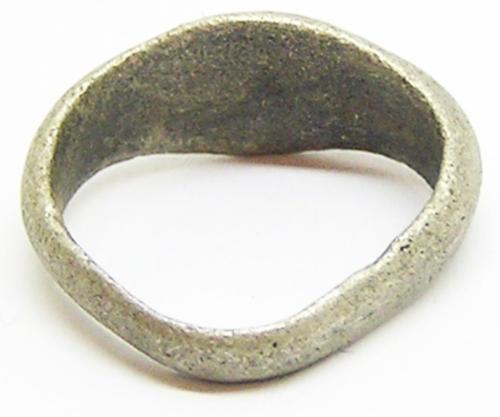 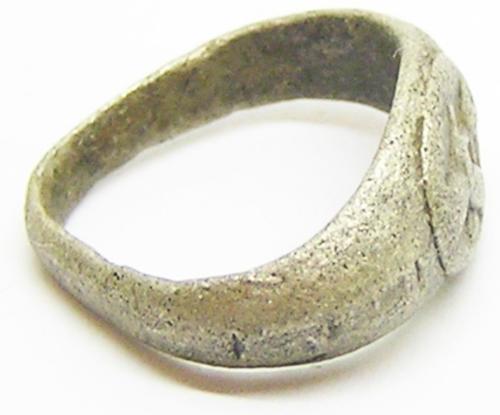 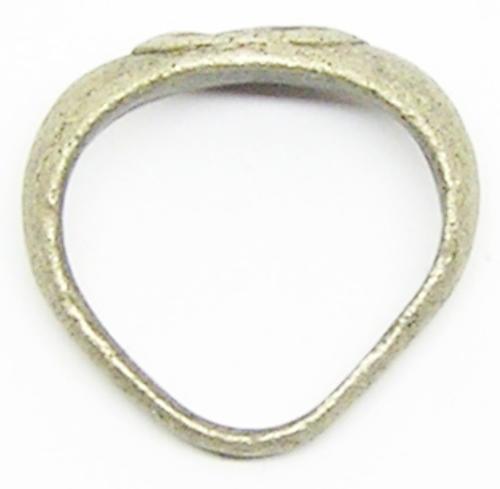 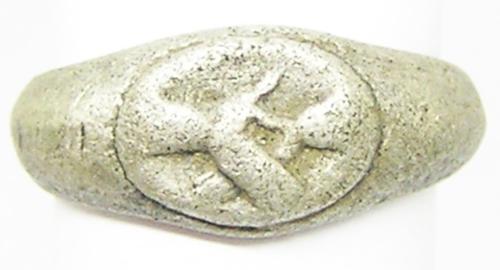 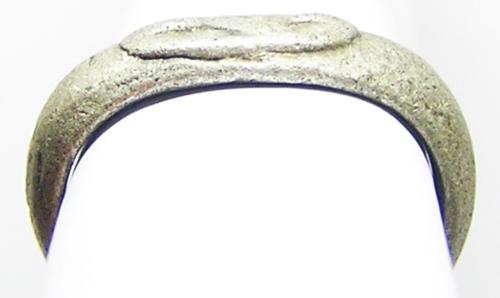