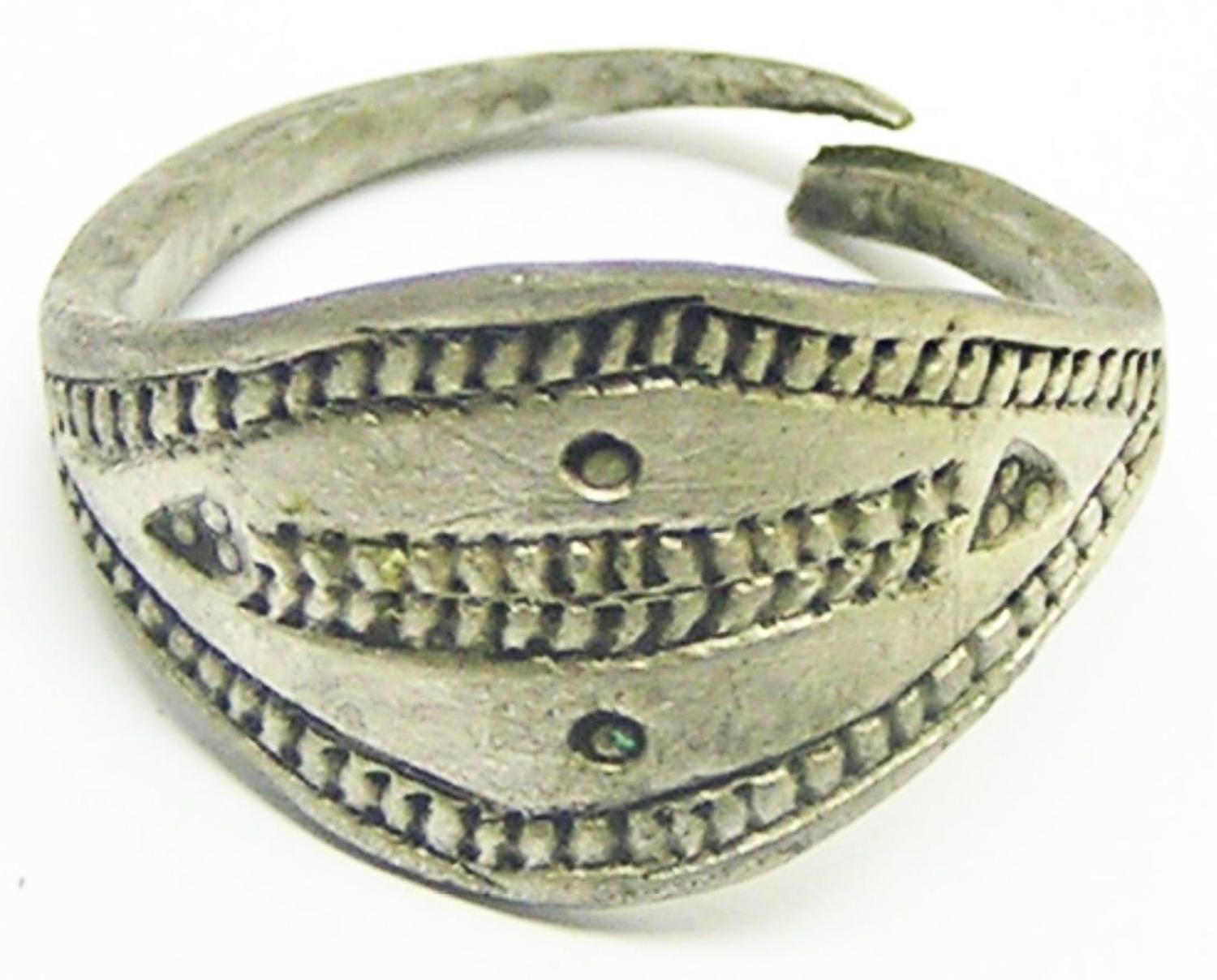 This is an ancient Scandinavian Viking silver finger ring, dating to the 9th - 10th century A.D. It has been made from a hammered rod of silver, formed in an elongated pointed-oval shape, and stamped with a design. The bezel is the widest part, tapering through the shoulders until it is a wire at each terminal, one missing.

An attractive ring in excavated condition, one of the pointed terminals is missing but still mostly intact and wearable. 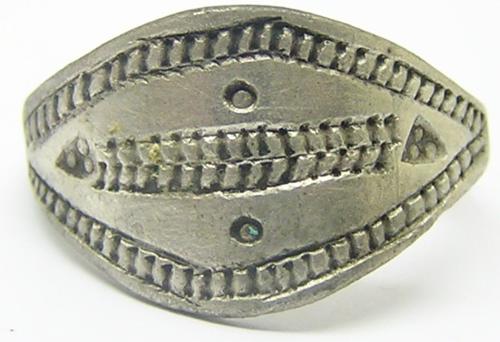 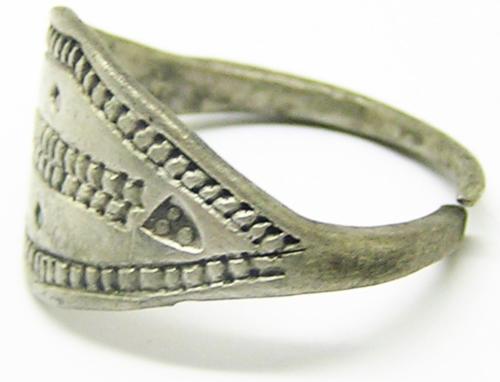 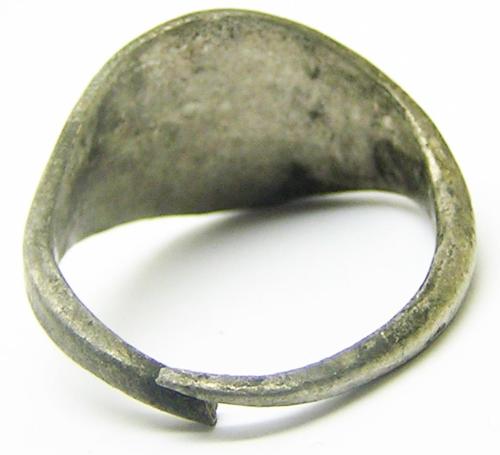 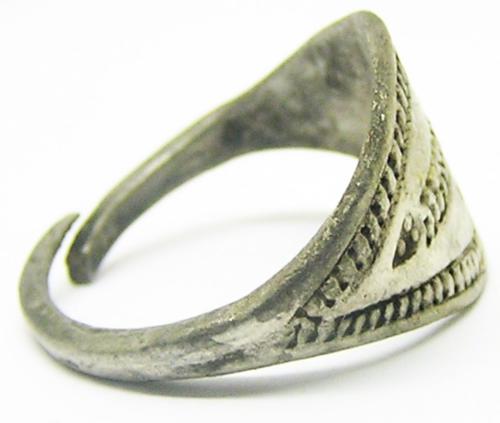 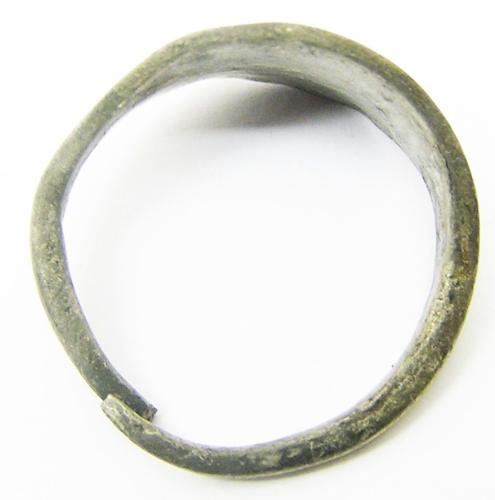 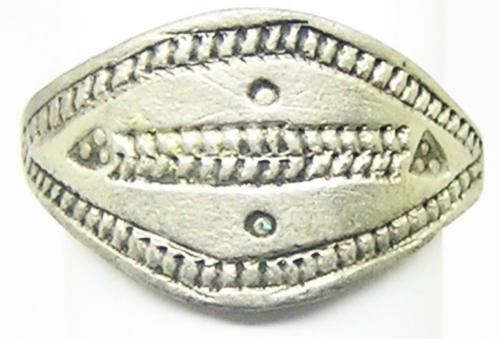 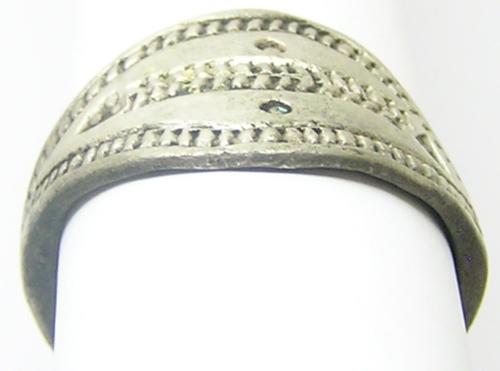