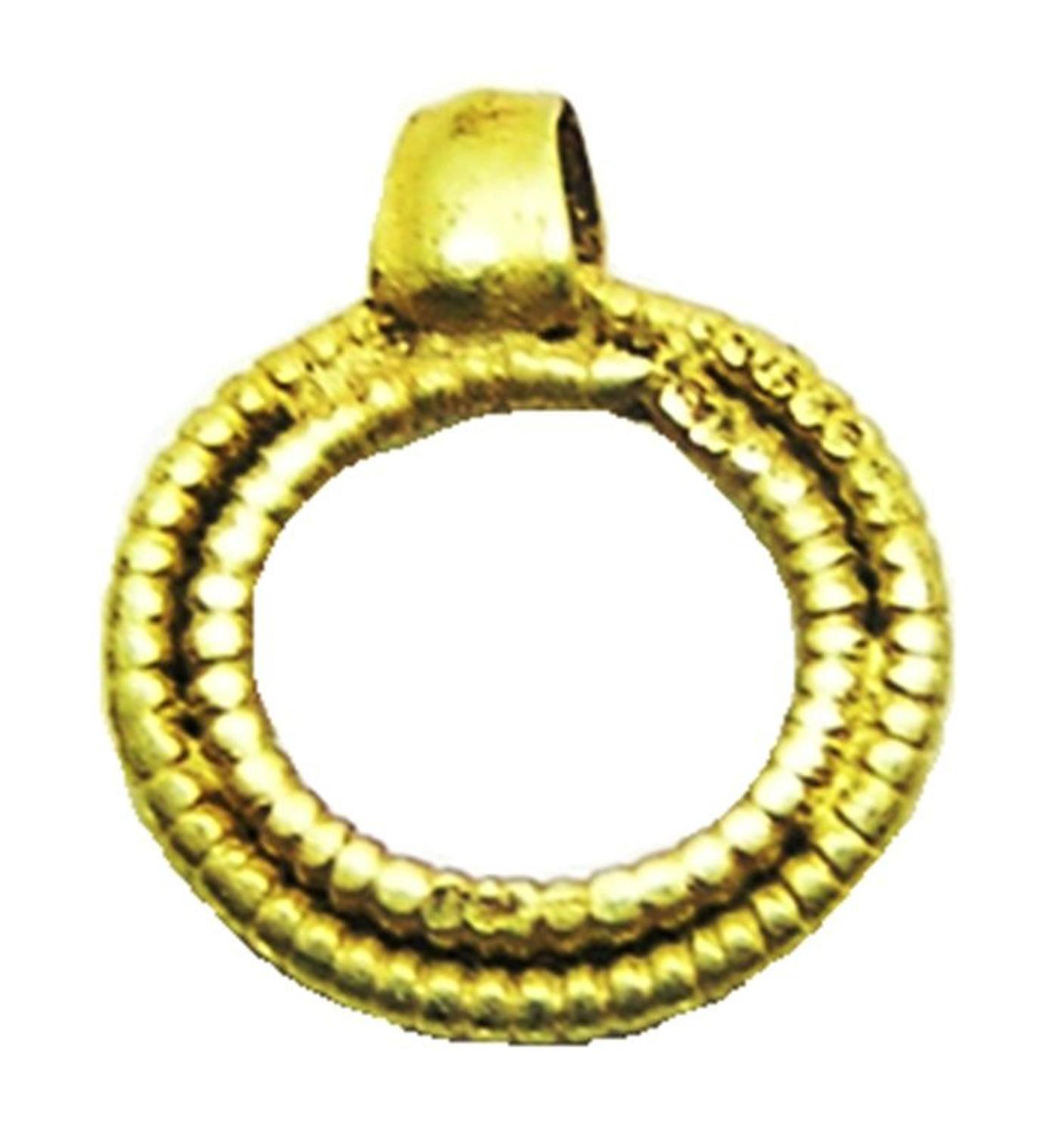 This is a nice Saxon period openwork gold pendant, dating to the 6th - 7th century A.D. It is made from three concentric rings of beaded wire, with a simple suspension loop. This type of pendant is usually found on Saxon necklaces with graduating sized amulets/pendants (mainly belonging to elite females).

The closest parallel to this pendant comes from a 7th-century grave 391B at Buckland Dover, Kent (Parfitt and Anderson 2012), which is made from three concentric rings of beaded gold wire. A similar simple ring pendant is recorded on the PAS database from Ramsgate in Kent (KENT-F5A964) although in this case the pendant is made from a single coiled piece of beaded wire. Openwork gold pendants are more often made with a central cross motif, giving a wheel shape (eg MacGregor & Bolick 1993, 162 no 25.1, from Faversham). Circular pendants also often have a central gem and backing plate but there is no trace of that in this case. The date is likely to be late 6th or 7th century. See also SF-0646A8,  KENT-6E1652, and KENT-C162C6 for further discussion. 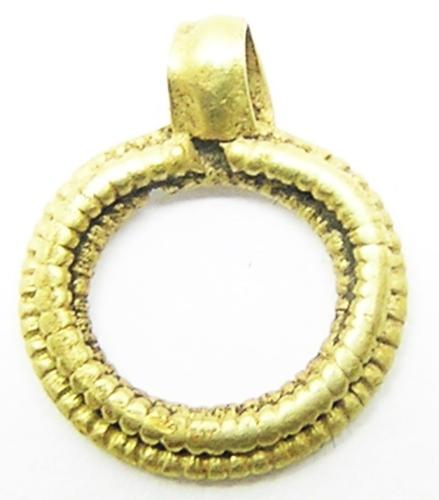 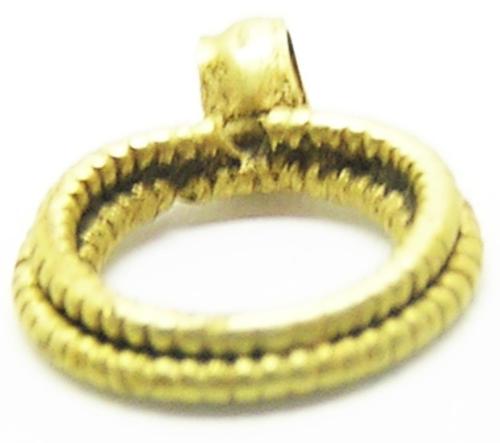 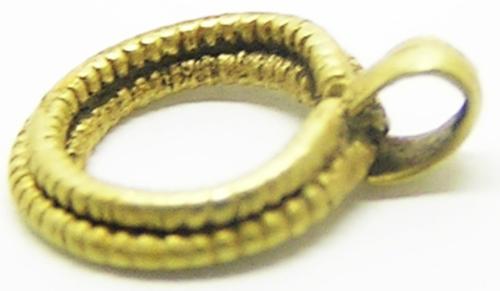 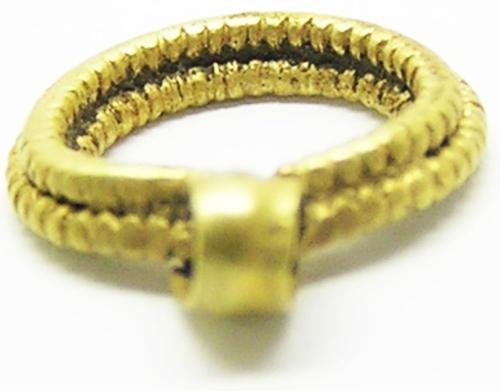 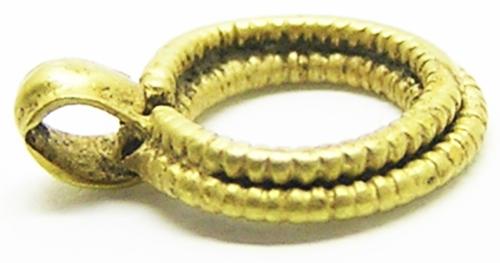 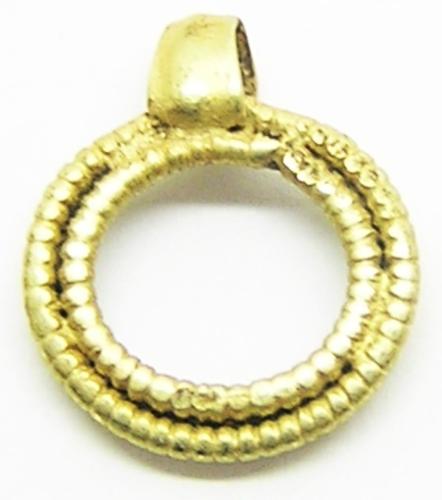