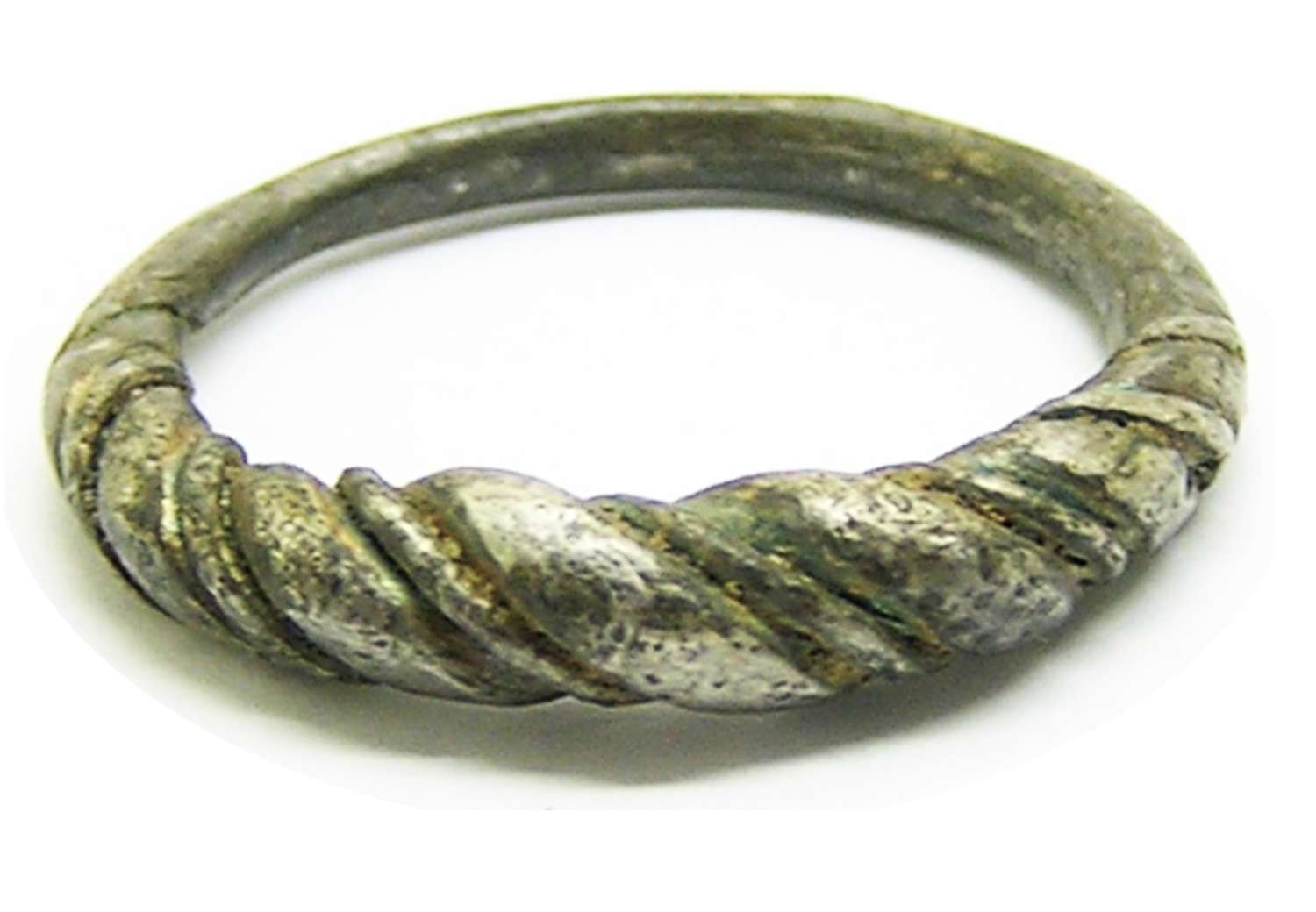 This is an ancient Scandinavian Viking silver finger ring, dating to the 10th - 12th century A.D. The ring is made of two plain rods which alternate singly with two finer rods of double, twisted wires, all of which have been twisted together to form a writhen, circular hoop that tapers to a plain length of oval wire..

The form is a miniature version of Viking-period gold and silver neck and armrings of around the 10th-11th centuries, like those from Skaill, Orkney, and Wipholm, Germany; and this type of ring appears to have continued in use somewhat later in Denmark at least (J. Graham-Campbell, 1980, Viking Artefacts. A select catalogue, London, nos. 217 and 221; F. Lindahl, 2003, Symboler i guld og sølv. Nationalmuseets fingerringe 1000-1700-årene, Copenhagen, nos. 8, 10, and 13).

A similar silver ring of plain rods and twisted wires, but with only a short joining arc at the back and a more corrugated outline, was reported as a Treasure find from the Bridlington area, East Yorkshire and dated to the Viking period (Portable Antiquities and Treasure Annual Report 2007, no. 216). But it was there noted that the twisted hoop type of Viking origin is long-lived in Denmark, in fact into the early 12th century, while in England, a ring of plain rods with a plain section hammered square at the back was found in the Lark Hill Hoard, deposited later around 1173-1174 (F. Lindahl, 2003, Symboler I guld og sølv, Nationalmuseets fingerringe 1000-1700-årene, Copenhagen, 11-13, figs. 3 and 12). The form and structure of both these rings are closely comparable with a further silver stray find from either England, or possibly the Near East, in the Haedeke Collection (H.-U. Haedeke, 2000, Schmuck aus drei Jahrtausenden, Cologne, 86, cat.no. 118). It would appear from the occurrences in early Medieval contexts, therefore, that such rings of multiple, twisted rods with longish arcs of square section at the back of the hoop and less 'corrugated' appearance represent a development of the Viking form and can be dated to the Romanesque period. See also KENT-EA1868, and NCL-40E866 for further discussion of type. 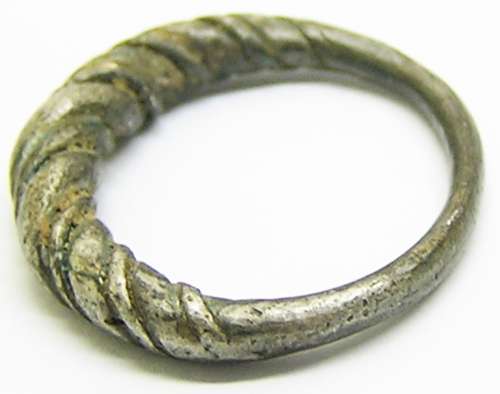 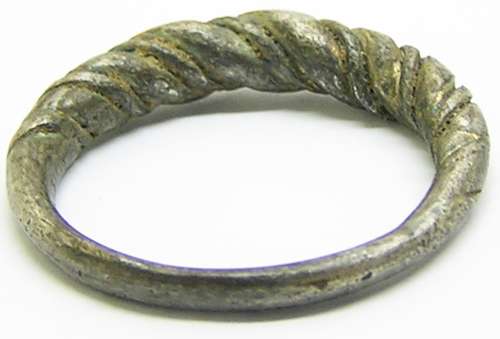 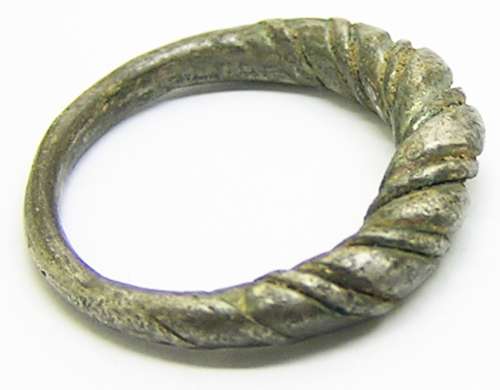 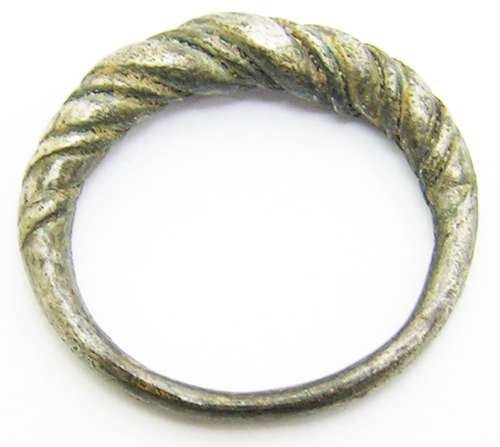 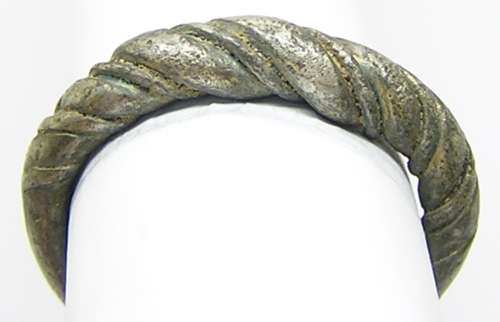