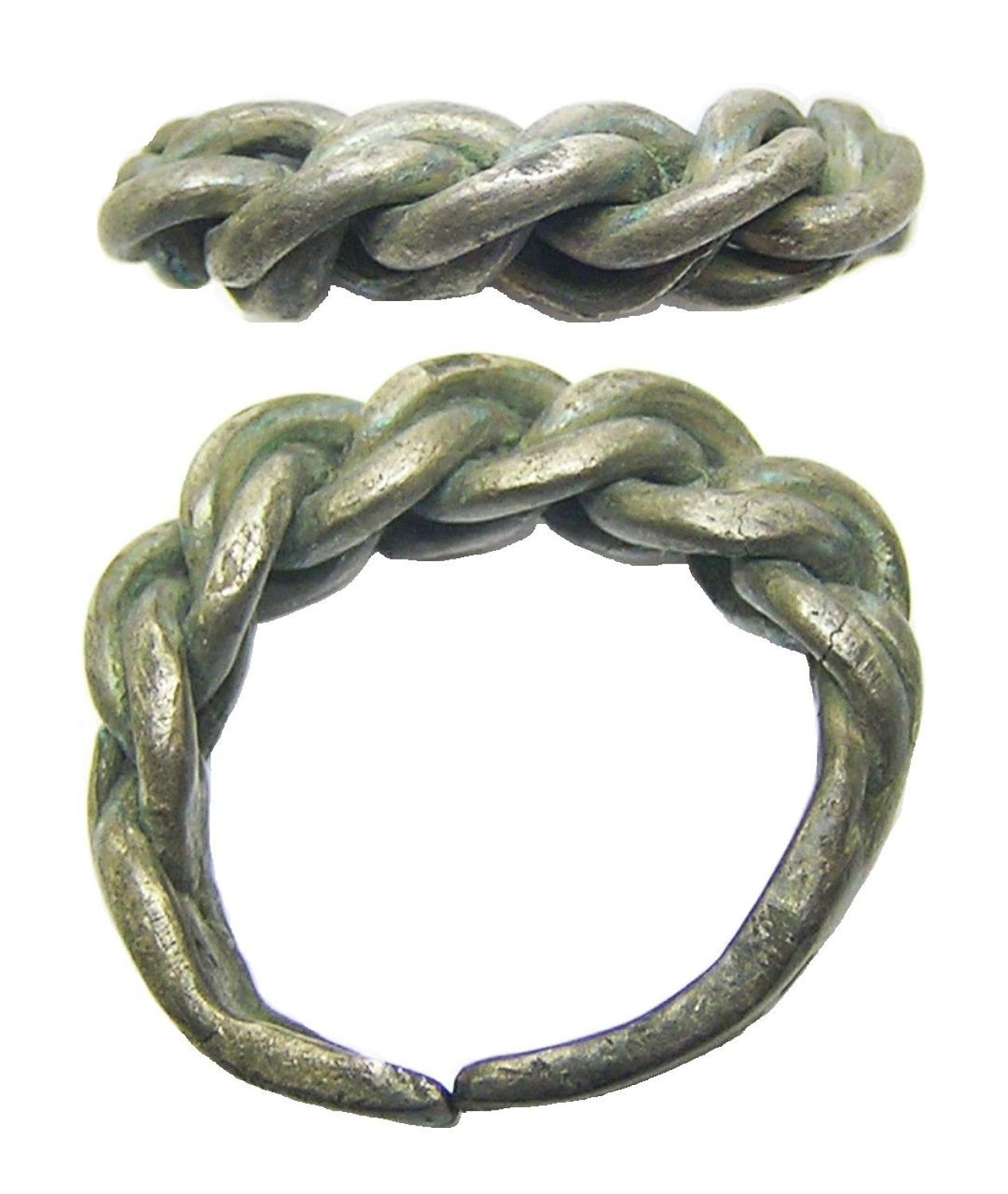 This is a wonderful Scandinavian Viking silver finger ring, dating to the 10th - 11th century A.D. The ring is formed from at least three rods of silver which have been plaited together to form a braided band.  The workmanship is very competent and well designed, similar rings in gold have been recorded from Winchester (SUR-2953A2), Cromer in Norfolk (NMS-A901E1).

Plaited finger-rings of triple rods were introduced to Britain and Ireland in the Viking period during the 10th century, but more complex forms like the present find occur predominantly in the 11th, e.g. gold rings from the Hebrides (?North Uist) and Stenness, Orkney (J. Graham-Campbell, 1995, The Viking-Age Gold and silver of Scotland (AD 850-1100), National Museums of Scotland, Edinburgh, 54-5, pl. 50: 25, 1-3, and 27, 2-3). A similar ring was found in a hoard discovered at Soberton, containing late Saxon and early Norman coins, which was deposited c. 1068 (O.M. Dalton, 1912, Catalogue of the Finger Rings, Early Christian, Byzantine, Teutonic, Mediaeval and Later Bequeathed by Sir Augustus Wollaston Franks, London, no. 215).

A fine historic example in good excavated condition - wearable with care since it bears a tiny crack/flaw to one of the rods but is stable. 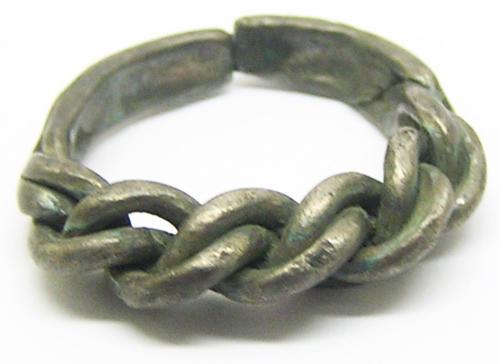 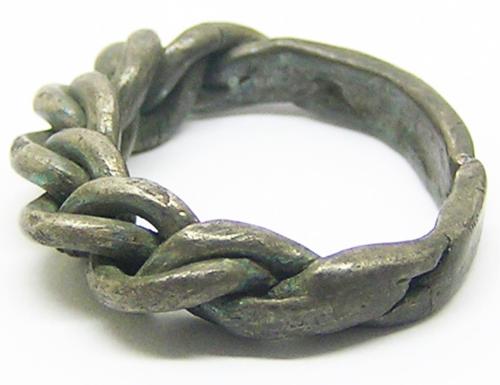 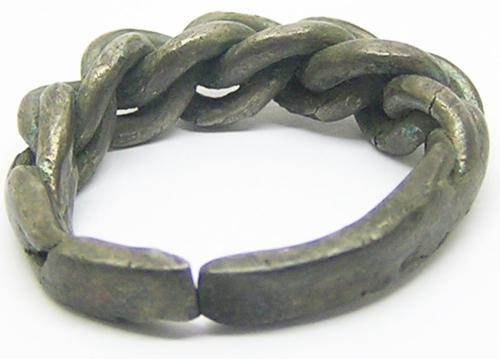 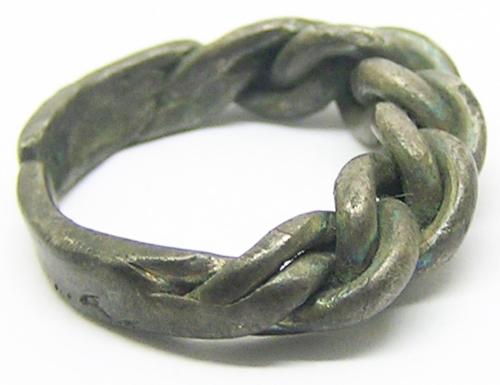 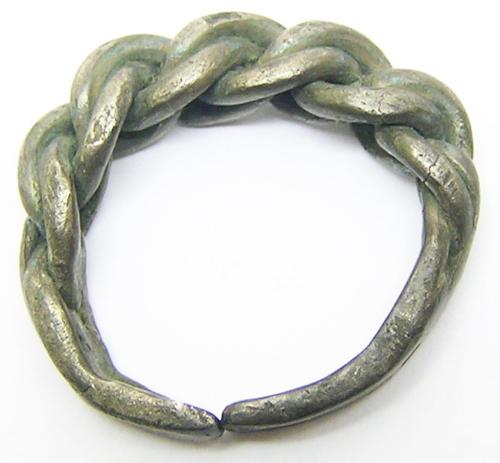 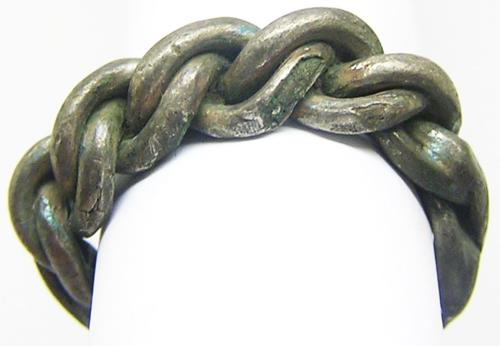