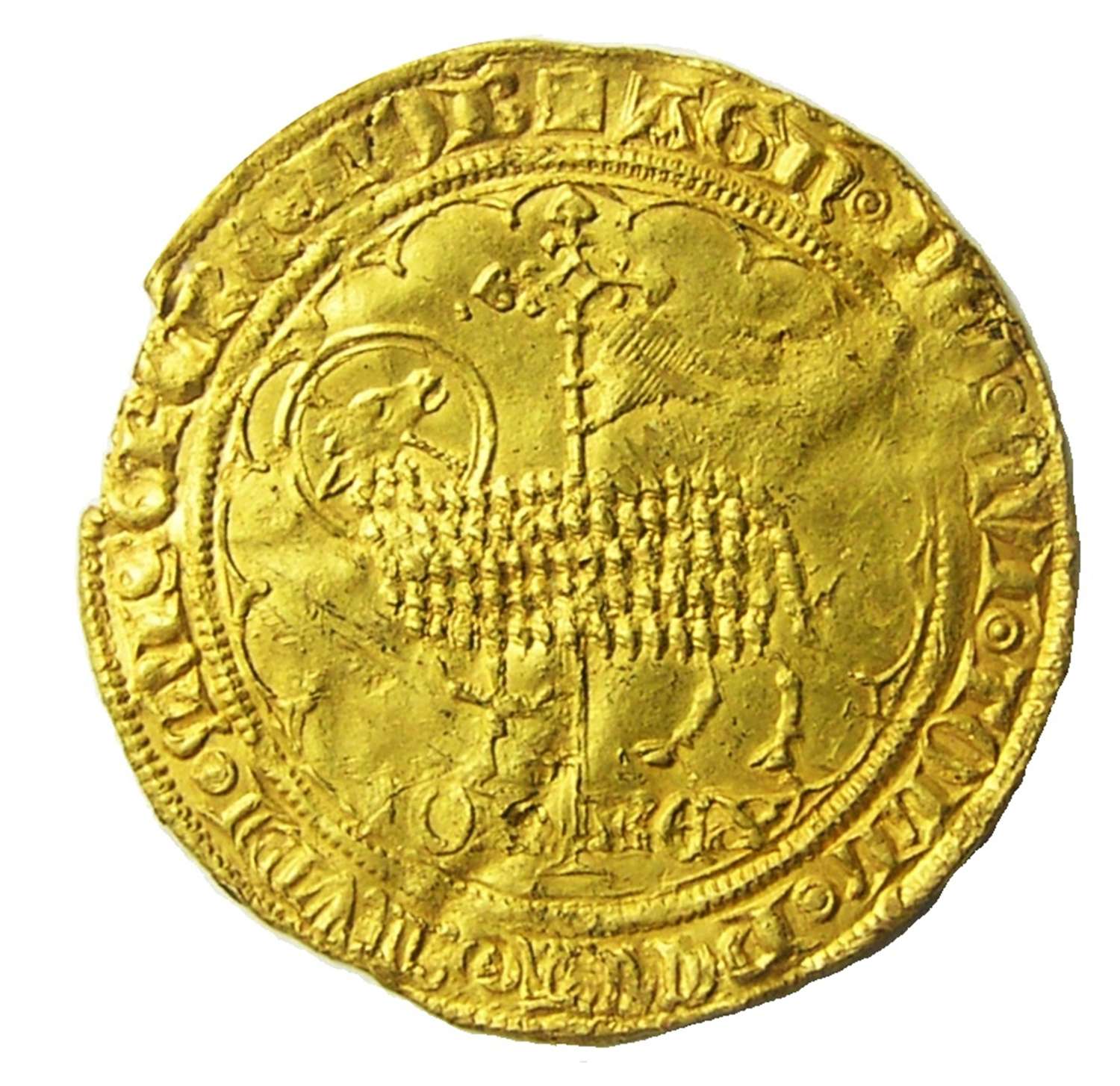 The obverse depicts the Paschal Lamb (or Agnus Dei) and standard within tressure, ioh rex (King John) below. Around the obverse legend reads: + AGn ° DEI ° QVI ° TOLL '° PCCA ° mVDI ° mISERERE ° nOB, (lamb of God who takes away the sins of the world, have mercy on us).

Within a year of the issue of this coin, the French had suffered yet another defeat by the English at the Battle of Poitiers. King John had been captured and a great ransom demanded of four million gold ecu's. A great many of these coins would have been taxed to pay for the king's ransom, most were melted down by the English to be recoined as 'Treaty-period' gold nobles.

It is a great looking coin that is full of history and artistic merit! 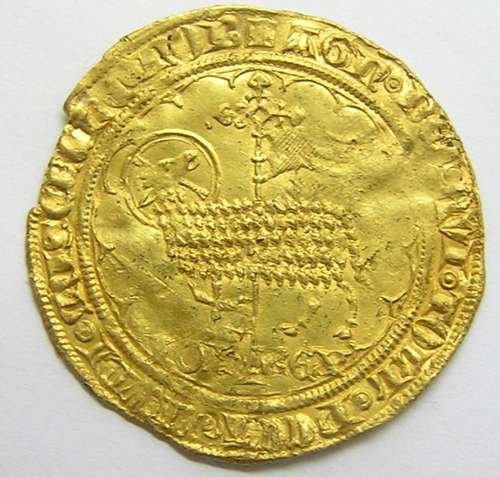 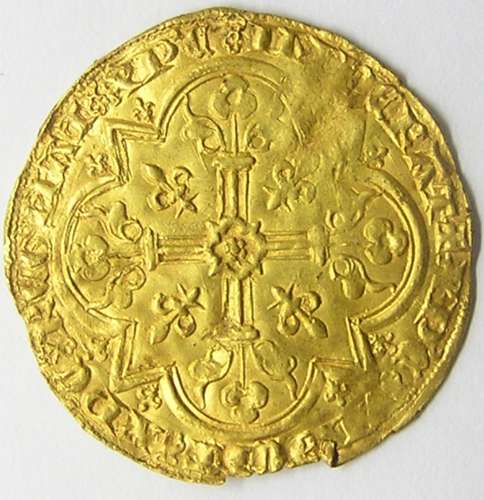 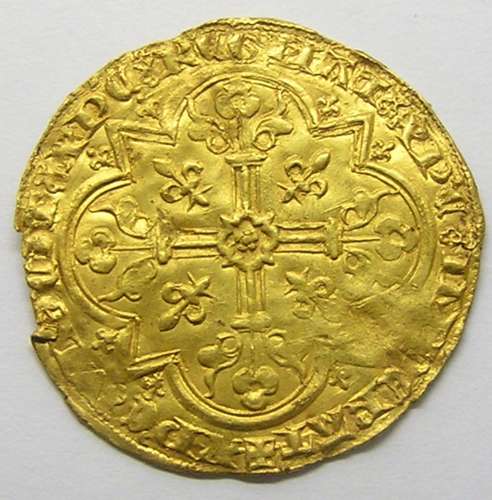 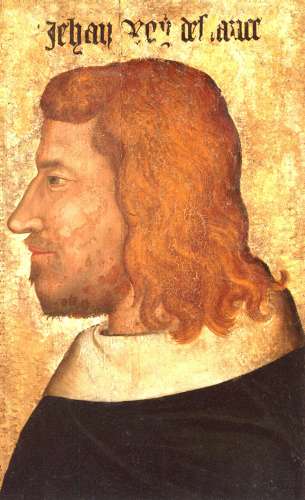