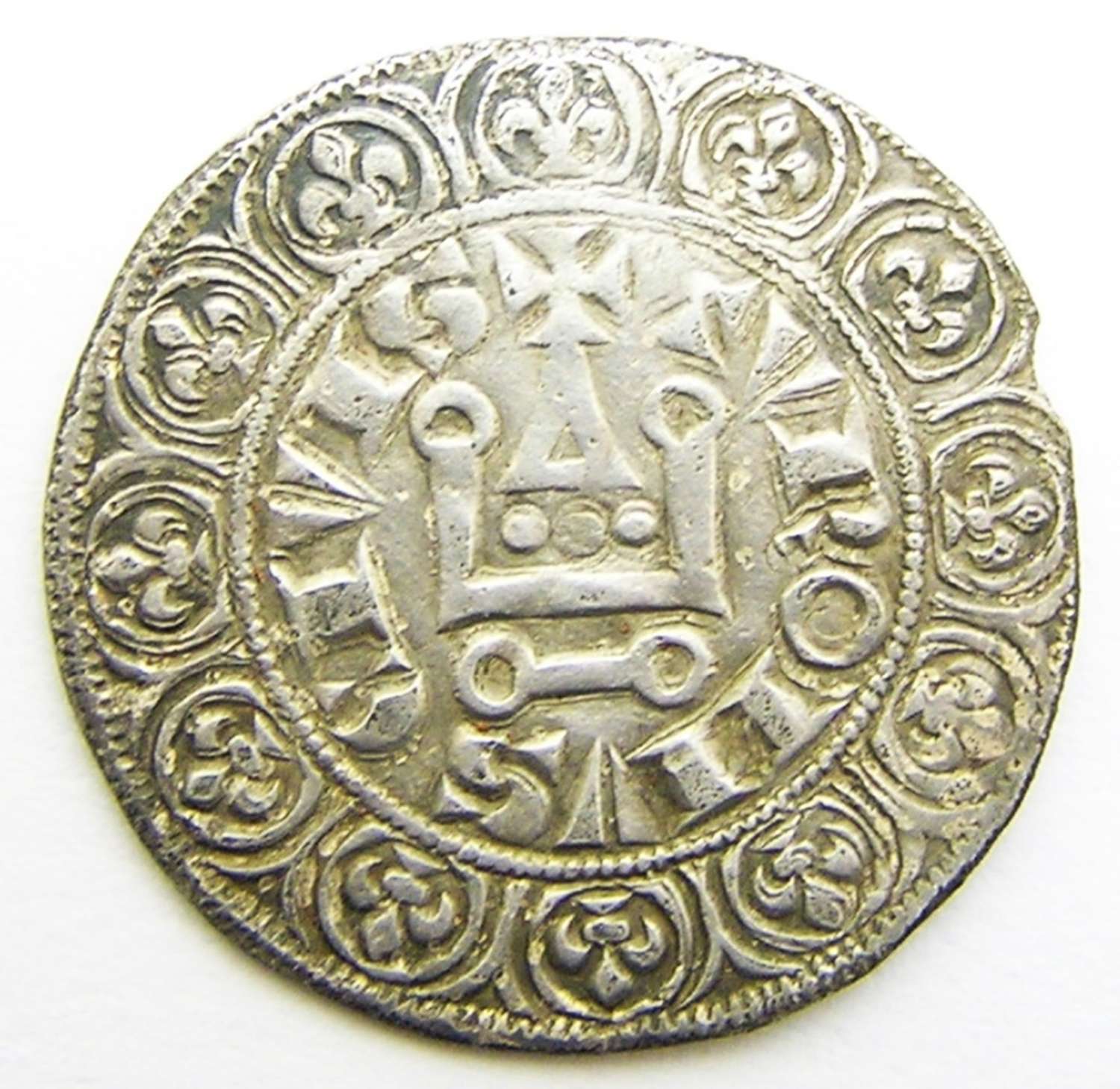 This is a wonderful medieval silver Gros (Groat) issued by the French PHILIP IV "THE FAIR" who reigned from 1285 to 1314 AD.

The reverse of the coin displays a Châtel tournois topped with a croisette cutting the legend at 12 o'clock; outer border of twelve lilies in oves., the legend reads: TVRONVS (TRIANGLE) CIVIS. (City of Tours)

King Philip was substantially in debt to the Knights Templar, a monastic military order whose original role as protectors of Christian pilgrims in the Latin East had been largely replaced by banking and other commercial activities by the end of the 13th century. As the popularity of the Crusades had decreased, support for the military orders had waned, and Philip used a disgruntled complaint against the Knights Templar as an excuse to move against the entire organization as it existed in France, in part to free himself from his debts. At daybreak on Friday, 13 October 1307, hundreds of Templars in France were simultaneously arrested by agents of Philip the Fair, to be later tortured into admitting heresy in the Order. This coin would have been in circulation around this time.

It is a great looking coin that is full of history and character! 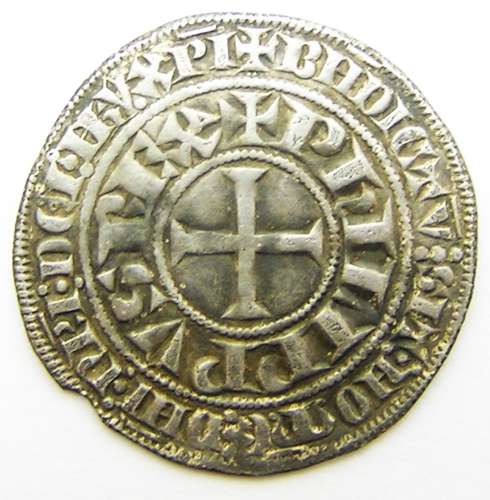