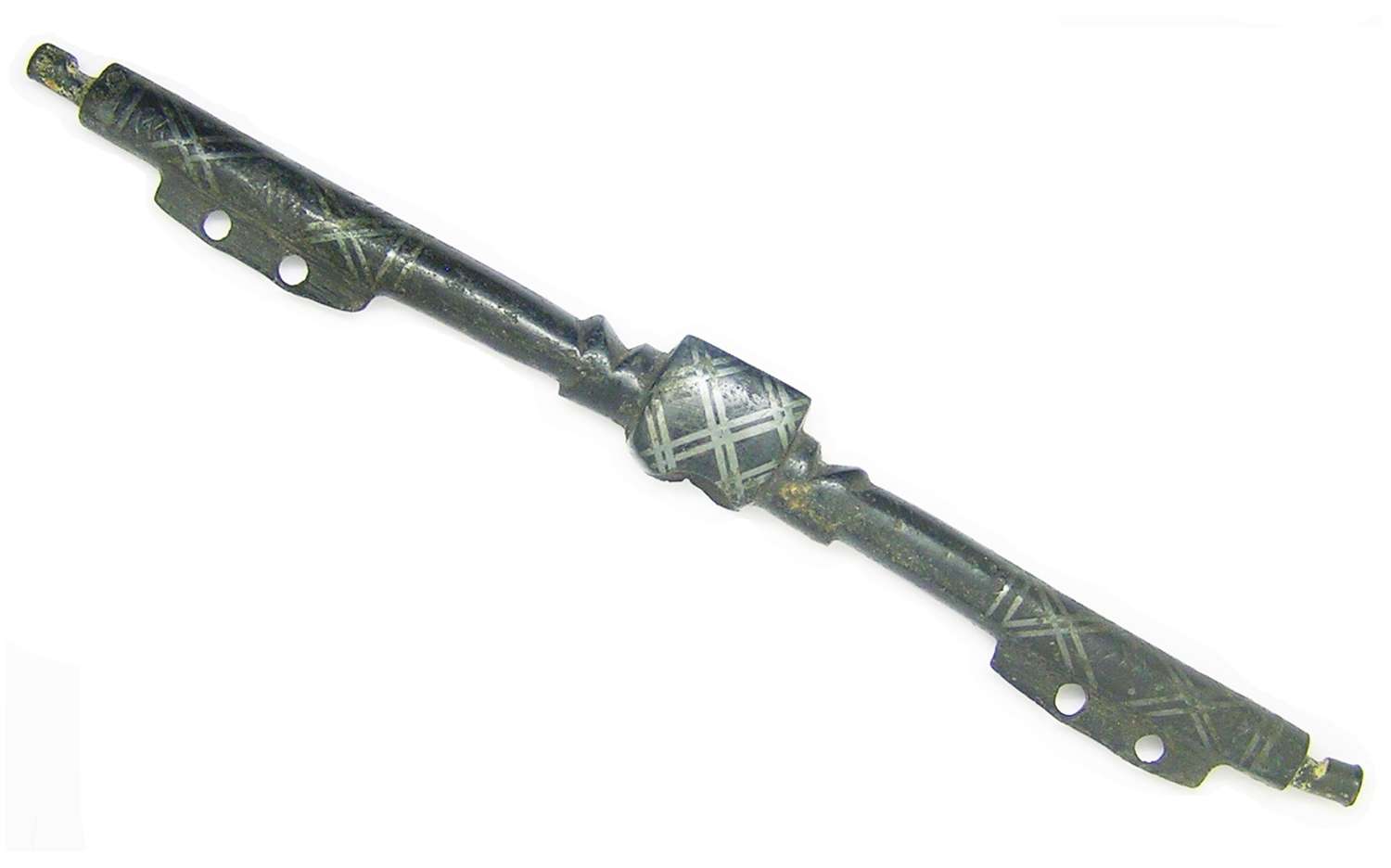 This is a good late medieval bronze purse frame, dating to the 15th century A.D.  It is decorated with linear strokes inlaid with 'white metal' or silver. It is similar to BUC-B4CAA2 grouped with (Read 2001, p 130,) no 905. Another FAKL-A8A01A this purse bar can be placed in Williams' Class A1 'Long bar with attached frame' (Finds Research Group, Datasheet 50). In the report on the finds from Meols, Cheshire, Egan suggested a date range of 'mid-late 15th century to the mid 16th century' (Egan, 2007, 163). This example is missing the swivel suspension loop but of good metal and patina. 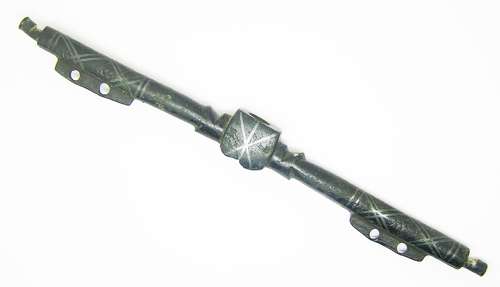 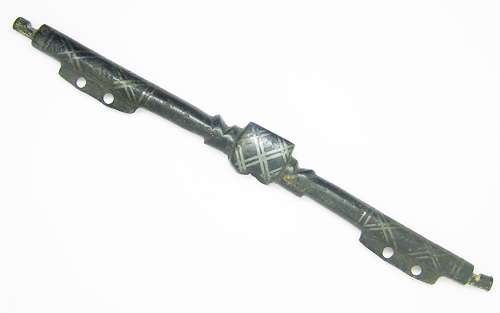