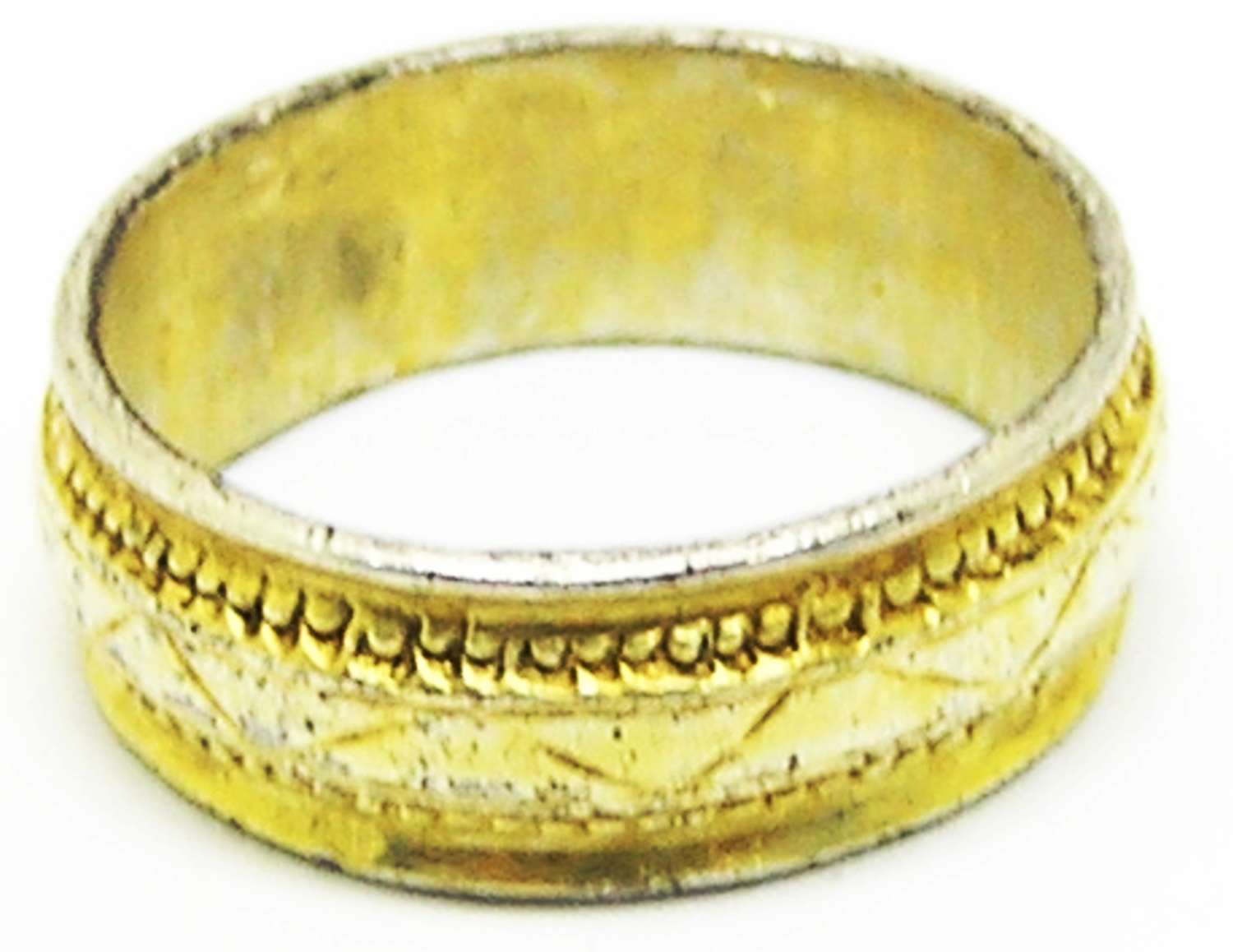 This is a wonderful late medieval finger ring, dating to the 15th - 16th century AD. This ring is intact with a decorated band and gold mercurial gilding. This is an example of a genre of ring popular during the late medieval period, commonly silver-gilt with banded zones of various configurations containing granular decoration. eg. reference 1853,0627.70 in the collection of the British Museum. Similar examples have been recorded from Cherwell (BH-E31E98), Ashford (KENT-4503C2) and West Knoyle (SOM-1A983F).

This is a superb and wearable medieval ring in excellent condition. 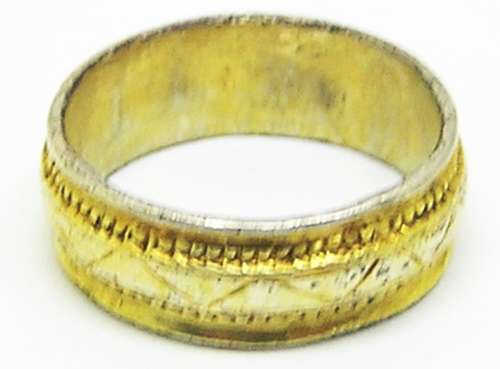 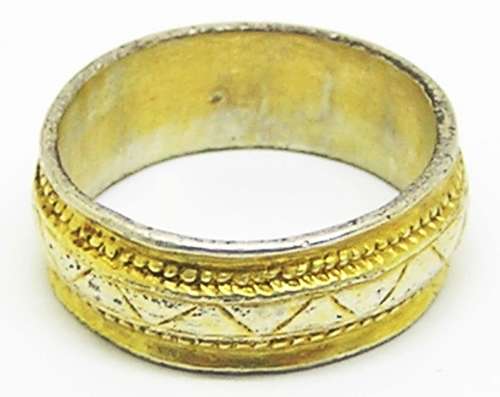 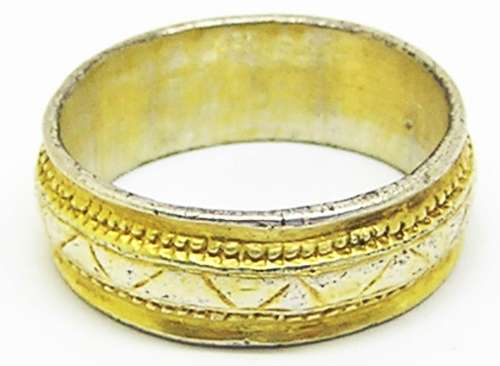 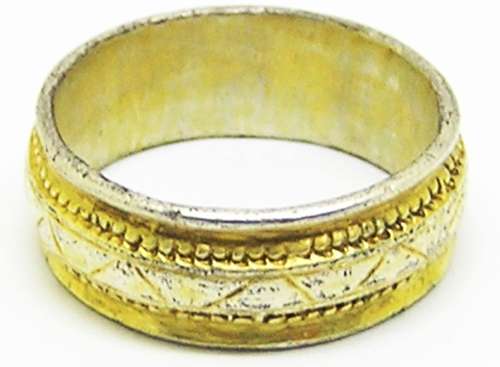 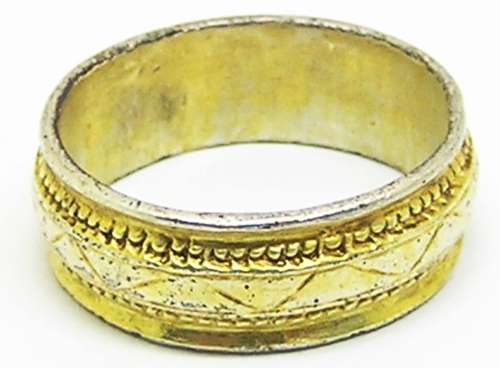 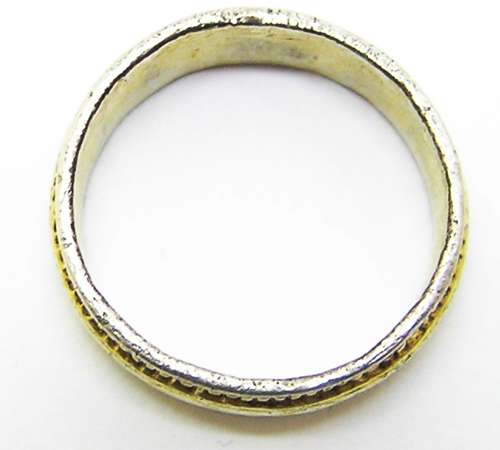 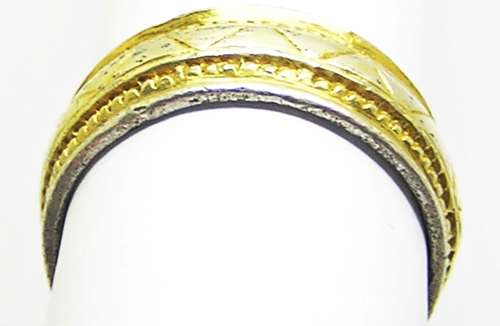