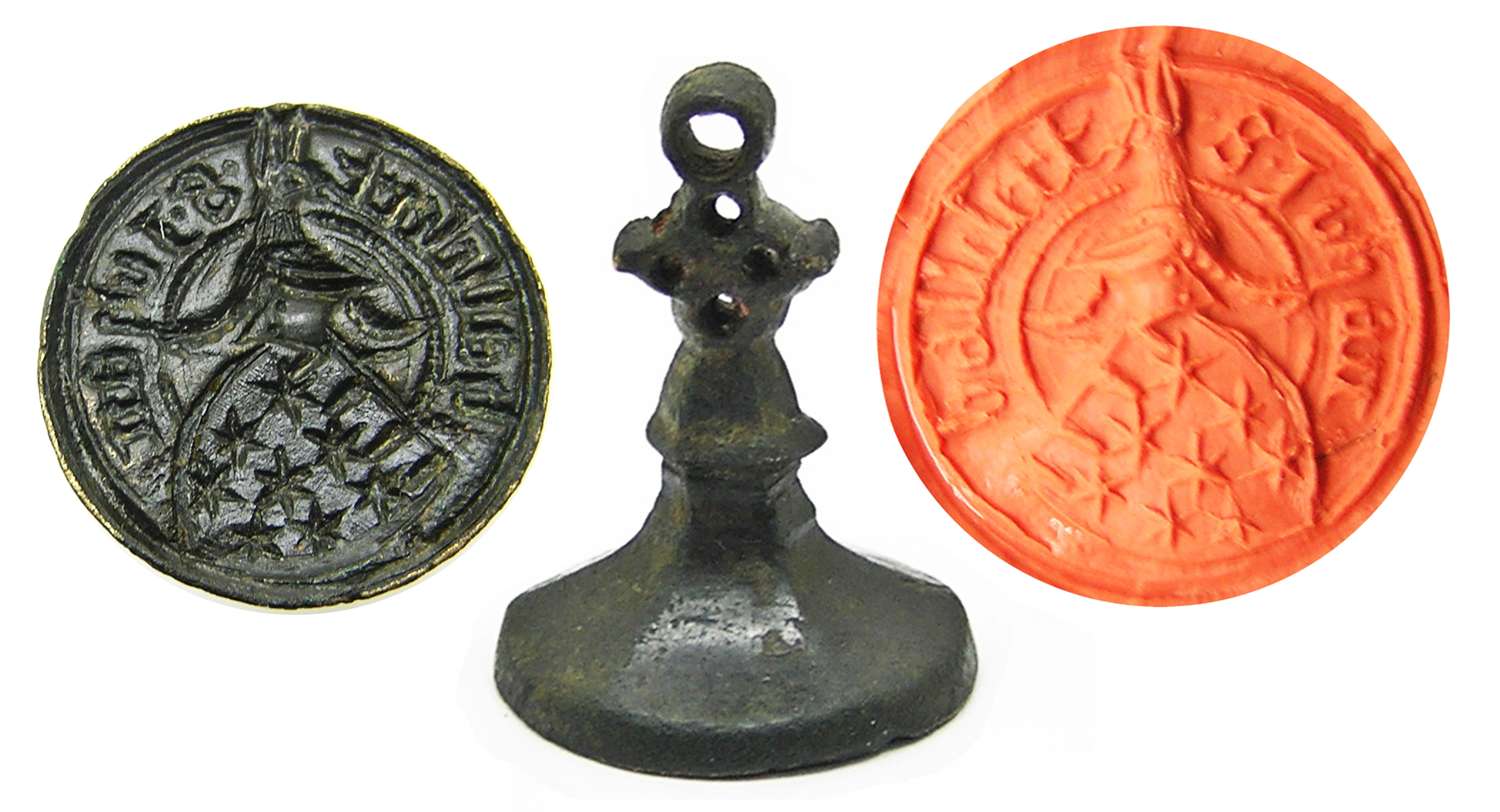 This is a very rare medieval bronze armorial seal, dating to the late 15th century. The design is deeply cut, giving a crisp impression with a heater shield emblazoned with a crest and great helm. The owner of the seal is named in Black lettering as "S'Iohen ballilert" Seal of John Balliert. The great helm is surmounted by a crest of a wyverns head or that of a Hare. The arms appear "as eight mullets of six points, with a label of five points" (one point hidden beneath the helm?)  The seal is of a chessman handle, pierced for suspension. It is a handsome looking seal with a nice patina. 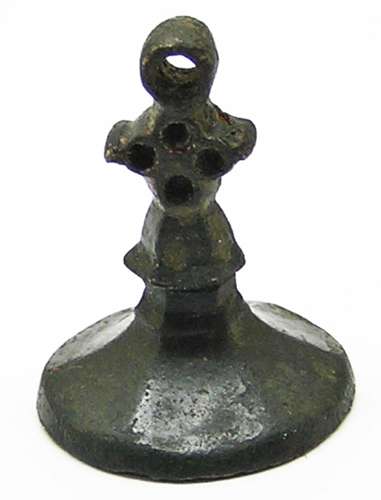 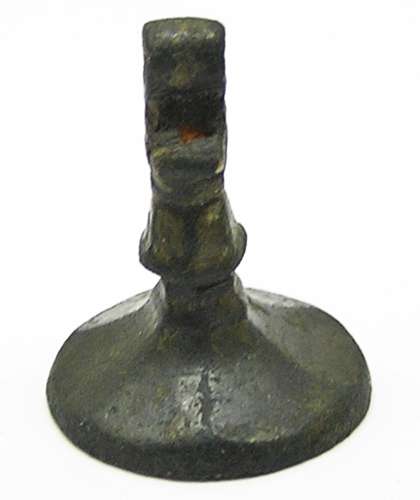 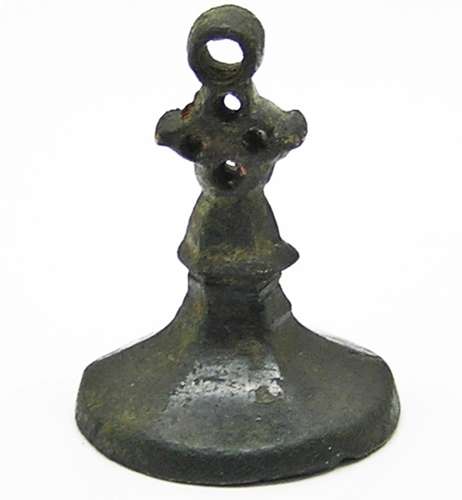 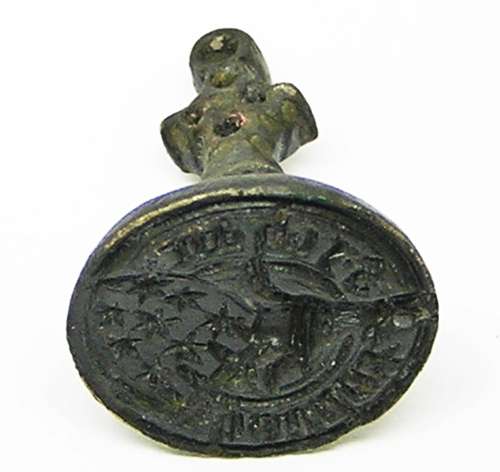 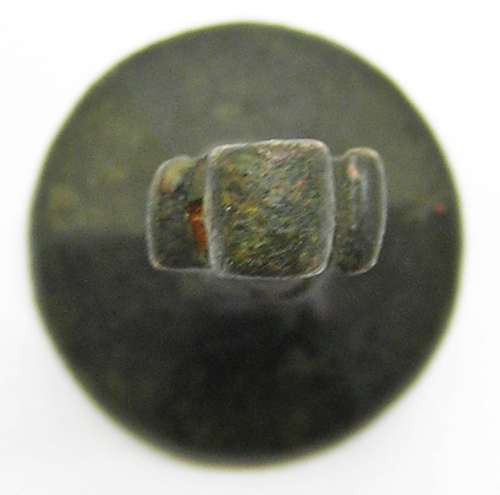 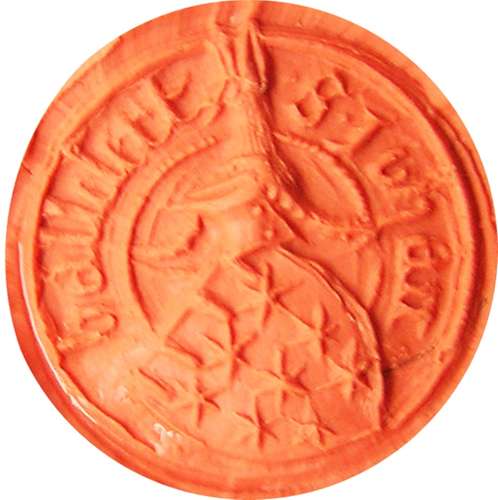 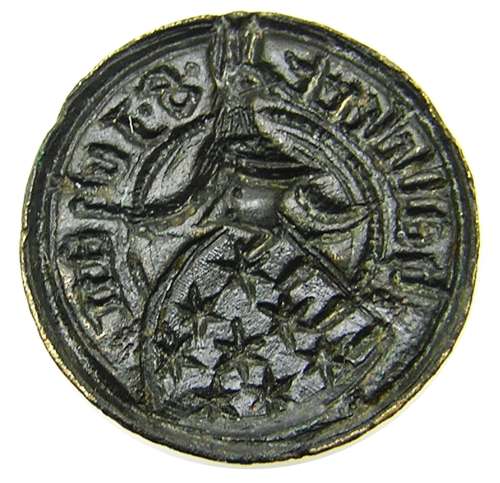