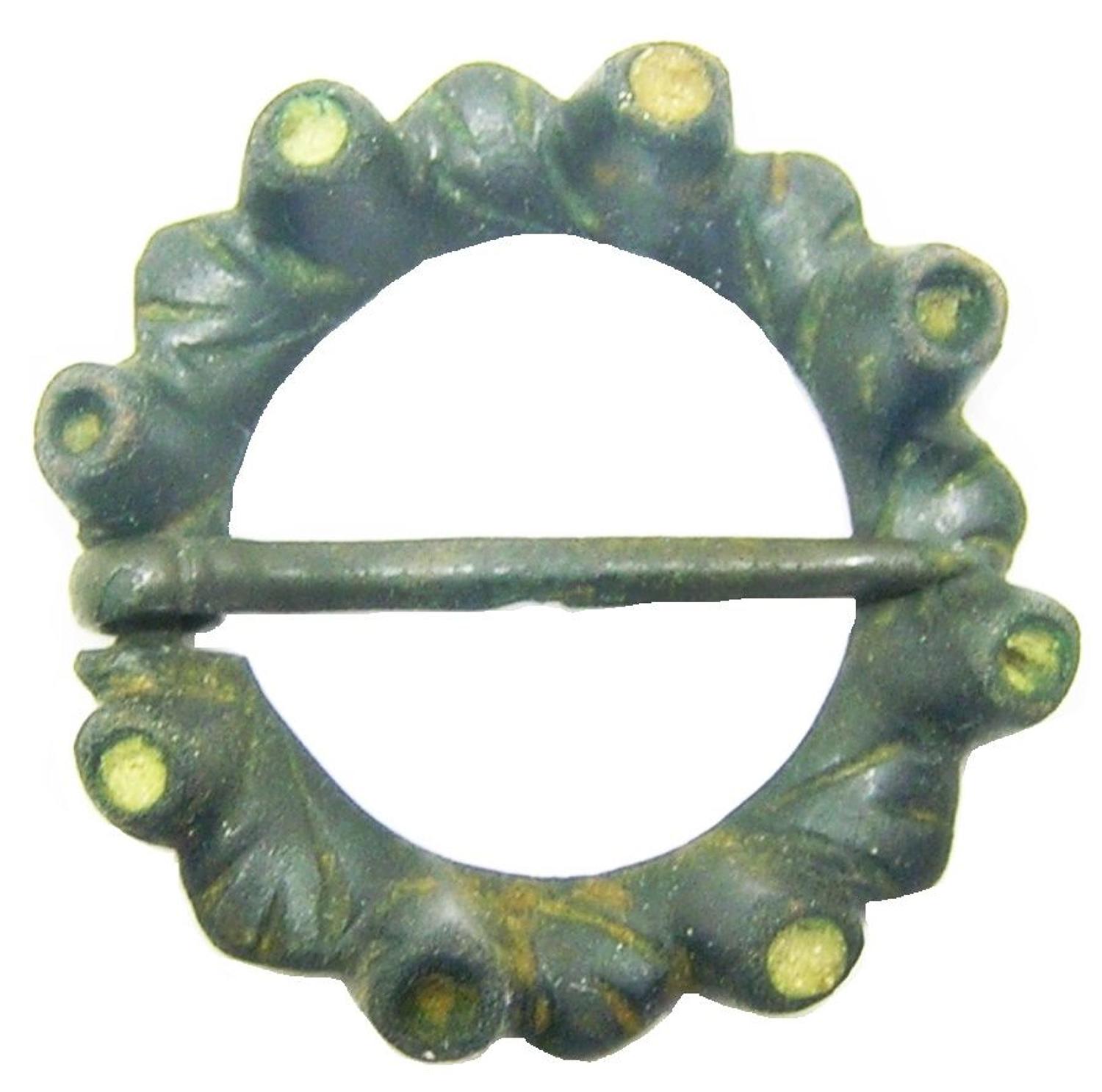 This is a nice medieval bronze ring-brooch, dating to the 13th - 14th century AD. Ring-brooches are the most common type medieval brooch to survive and had a practical function: to fasten tunics, especially at the neck. Shaped as rings, with a long central pin, these brooches varied enormously in size and could be tiny, smaller than a fingernail. Ring-brooches were made of costly gold or silver, or of much cheaper copper or pewter. They were worn mostly until the late fourteenth century when changing fashions in dress included more closely tailored clothes and the growing use of button fastenings.

This example is circular in shape, the outer face featuring eight raised circular collets, each containing the remains of white paste filling. The reverse is flat with a rounded scalloped edge. Between two of the collets, there is a narrow constriction where a simple wire pin remains in situ and in working condition. Similar examples were found at Meols (Griffiths et al. 2007, 143, particularly no's: 1720, 1722 & 1723). Evidence from excavated examples (ibid., 144) suggests a mid-13th to 14th century AD date for this style of brooch. 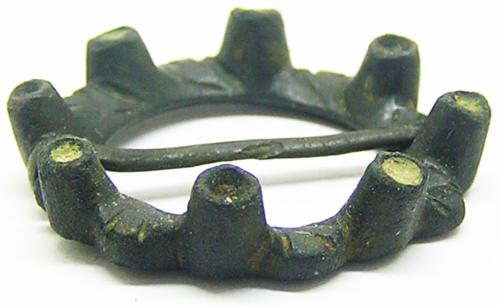 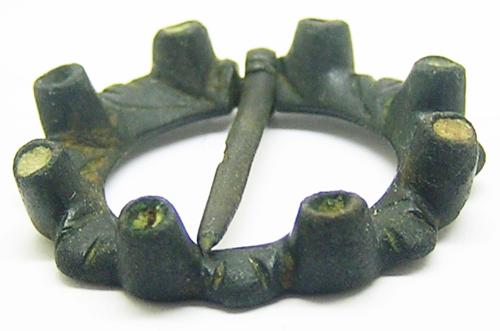 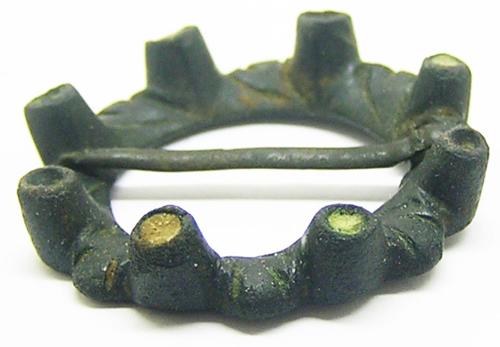 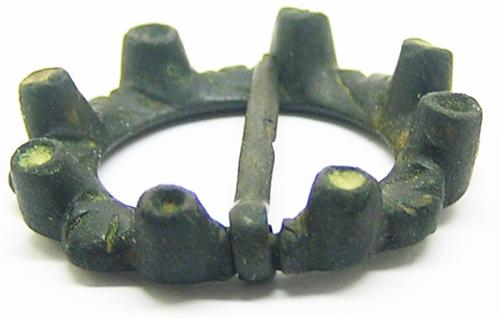 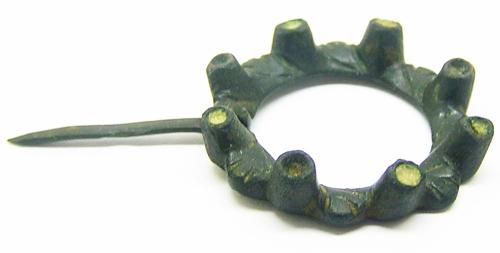 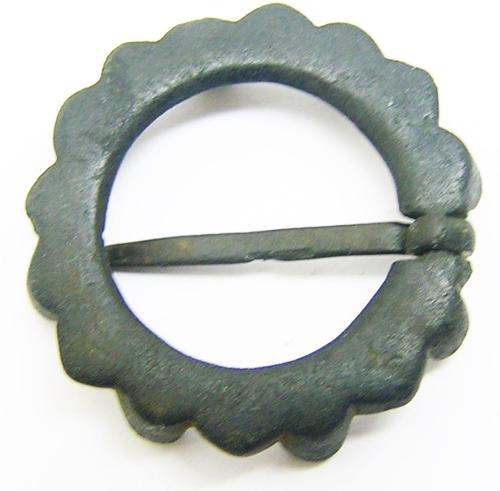 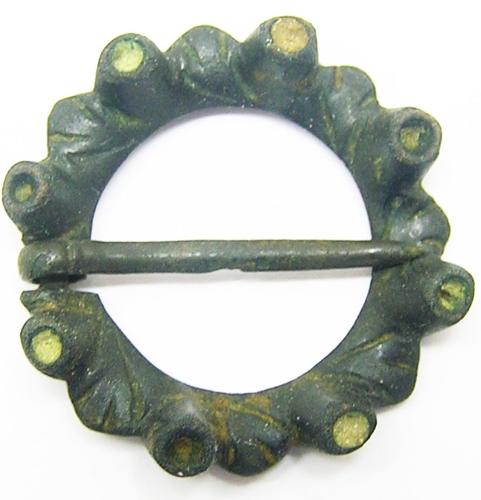