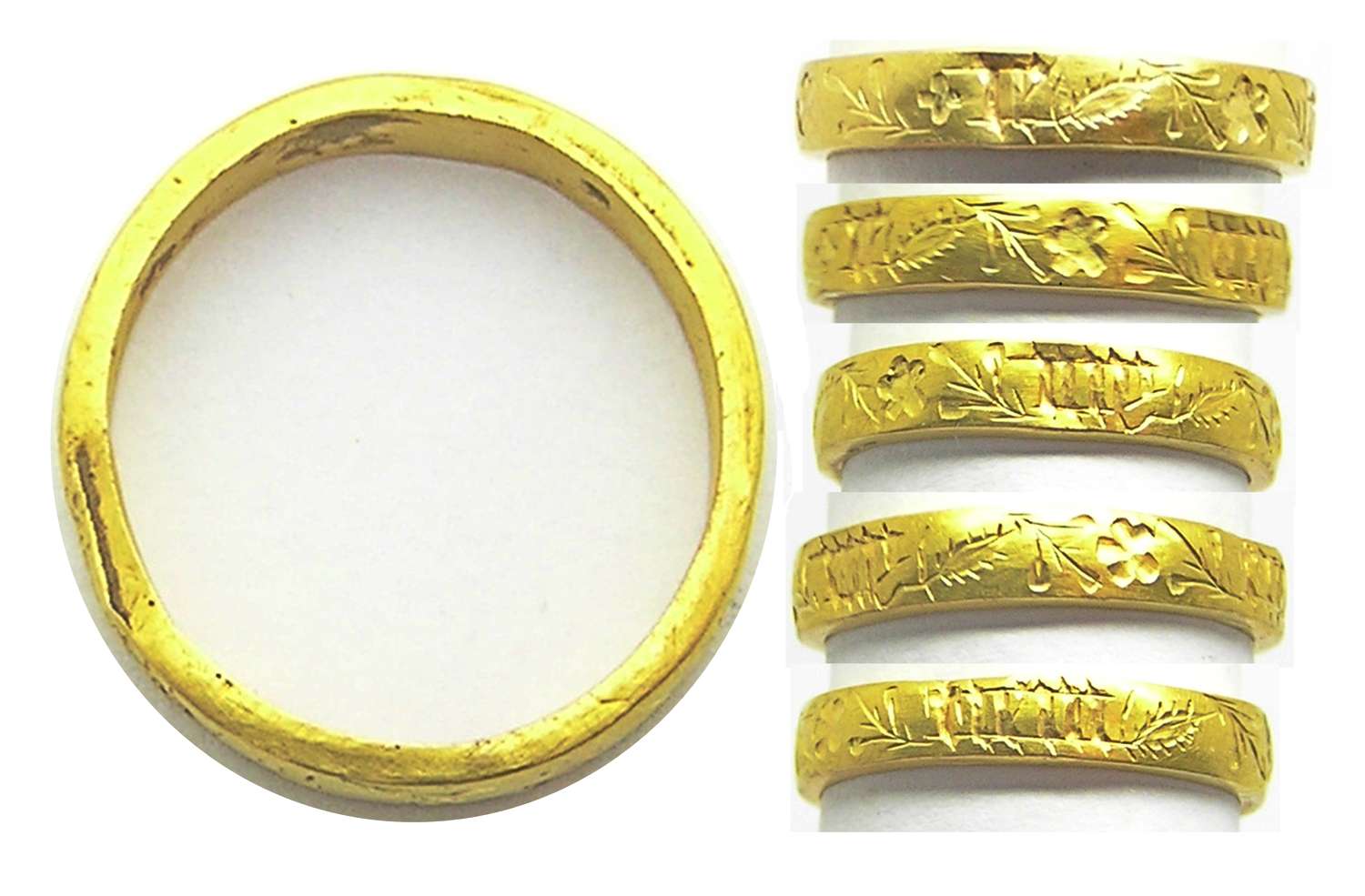 This is a wonderful medieval gold posy ring, inscribed outside the band in French with "+ Je me tien", for "Here I Stand". The style of lettering in blackletter script gives us a date of 1370 - 1500 A.D. The French language was commonly adopted for expressions of love on finger rings of English manufacture. Gothic black letter finger rings with French inscriptions are associated with the culture of chivalry and courtly love prompting gifts or tokens as expressions of love. These rings are typically engraved with short inscriptions and floral designs around the exterior and filled with niello or enamel. Such finger rings are routinely grouped together with inscribed rings known commonly as "posy" rings, from the word poésie or poetry. However, strictly speaking the "posy" ring is a later sixteenth-century phenomenon, replacing the earlier custom of these black letter style rings. Other examples of gold posy rings of this type have been recorded YORYM-655EFF: DENO-FB27A1 ("de tout mon cuer") DOR-27E4D3 ("tout mon cuer"), and SF-9123D1 ("en bon couer"). The inscription on this ring is rather unusual, it may have been the answer to a long lost promise, that the recipient received as a New Years Gift!

PROVENANCE: Formerly in a private collection in Gloucestershire, ex. B. Cavill collection. 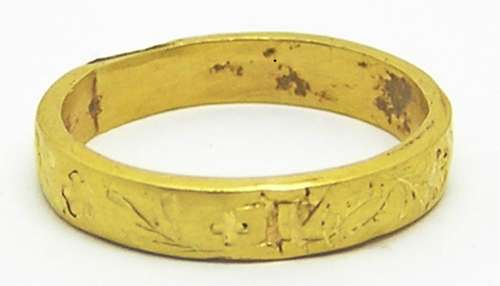 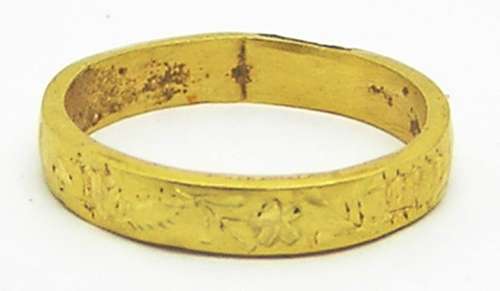 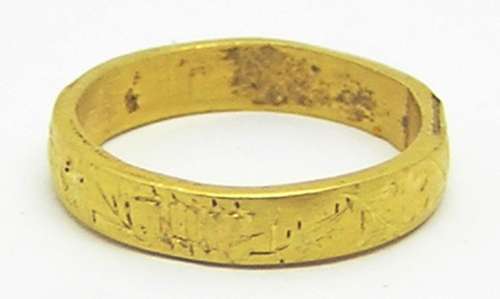 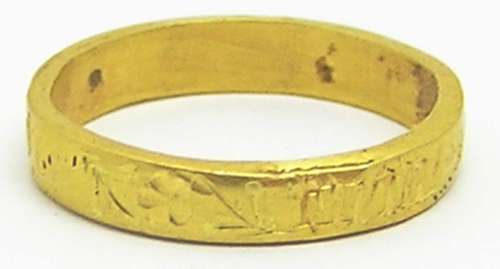 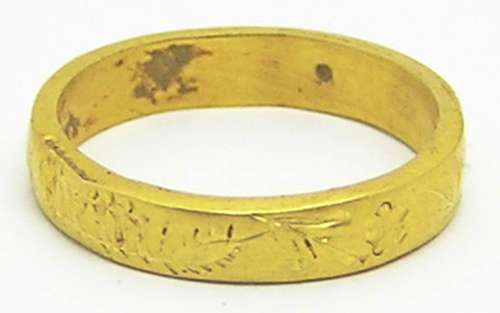 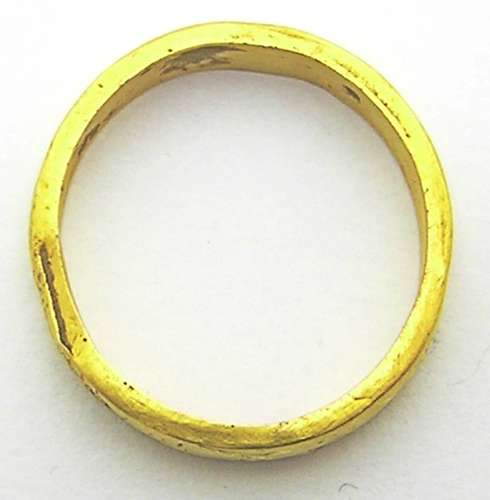 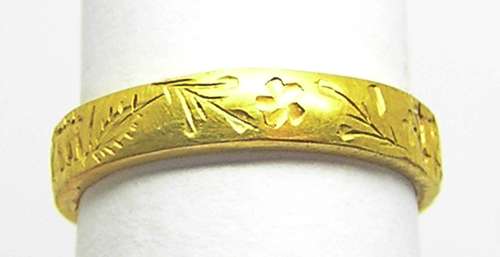 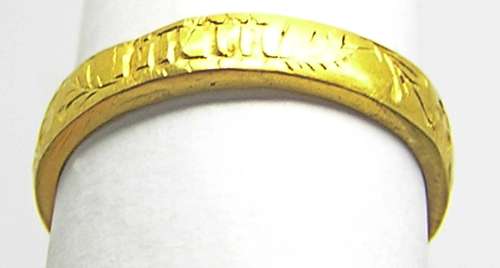