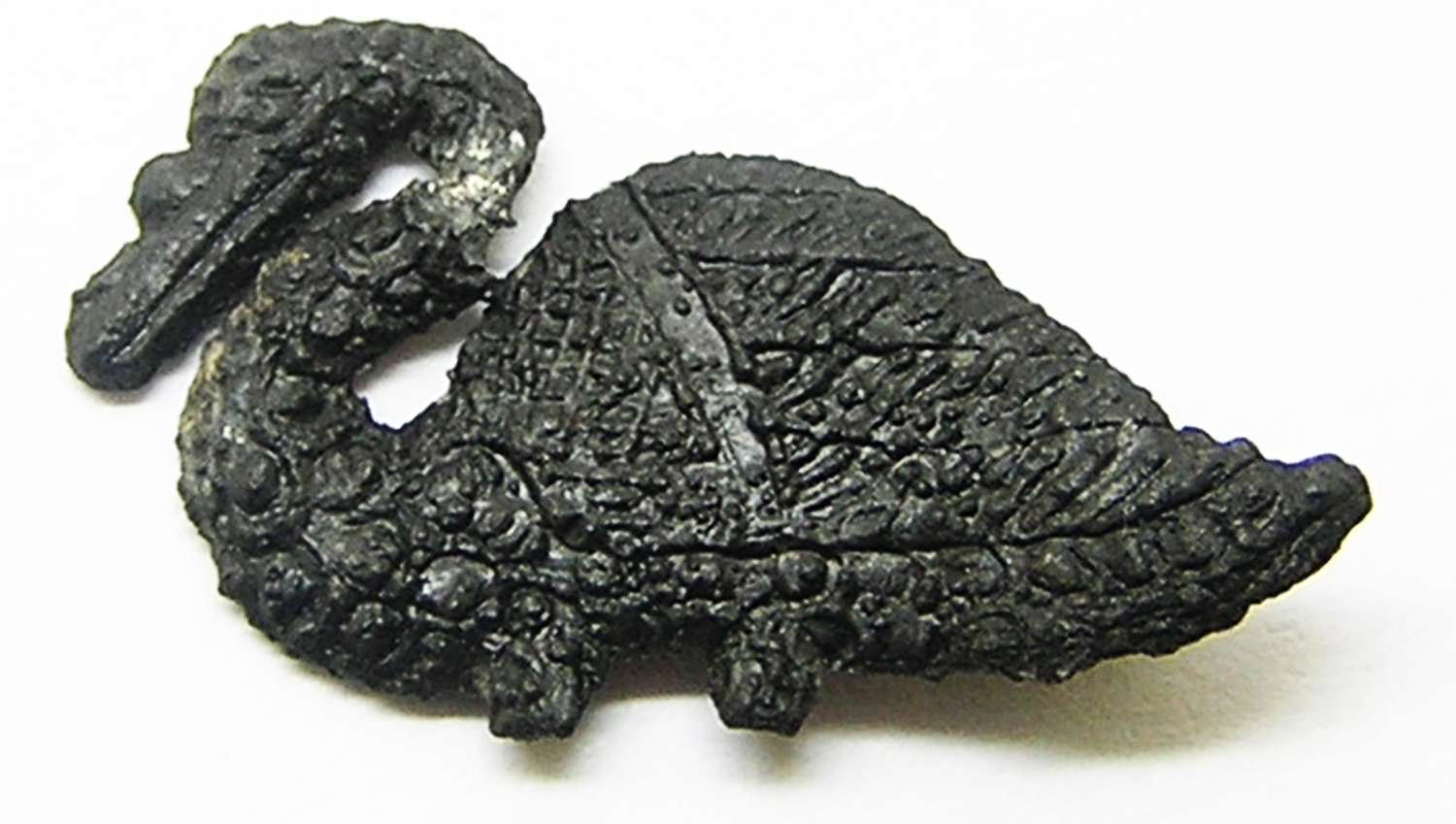 This is a nice medieval pewter badge of a sawn, dating to the 14th - 15th century AD. It was found in the Thames, in London. This badge is nicely detailed with a dark patina. It may have had a crown around the neck, similar to the Dunstable Swan. Badges of this type were often worn in hats, along with pilgrim badges. The swan was also used as the badge of Edward of Westminster, Prince of Wales, the son of King Henry VI and Margaret of Anjou, and it is recorded that in 1459 Margaret made him give out the livery of swans to all the gentlemen of Cheshire in order to quash rumours that he was not her child. It is possible this is one of those badges and cast into the Thames sometime during the Wars of the Roses, or after his death at the Battle of Tewkesbury in 1471.

PROVENANCE: Found in the Thames, London. 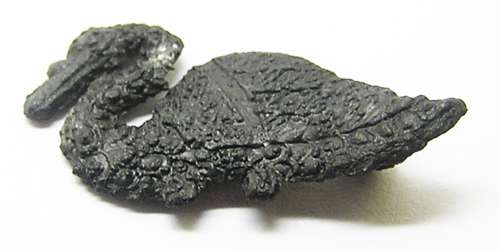 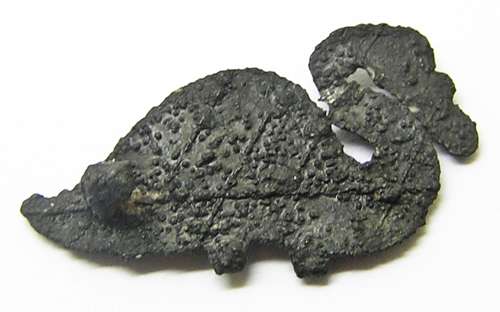 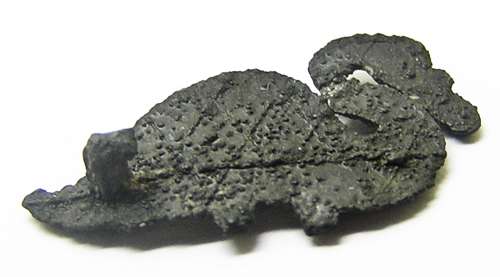