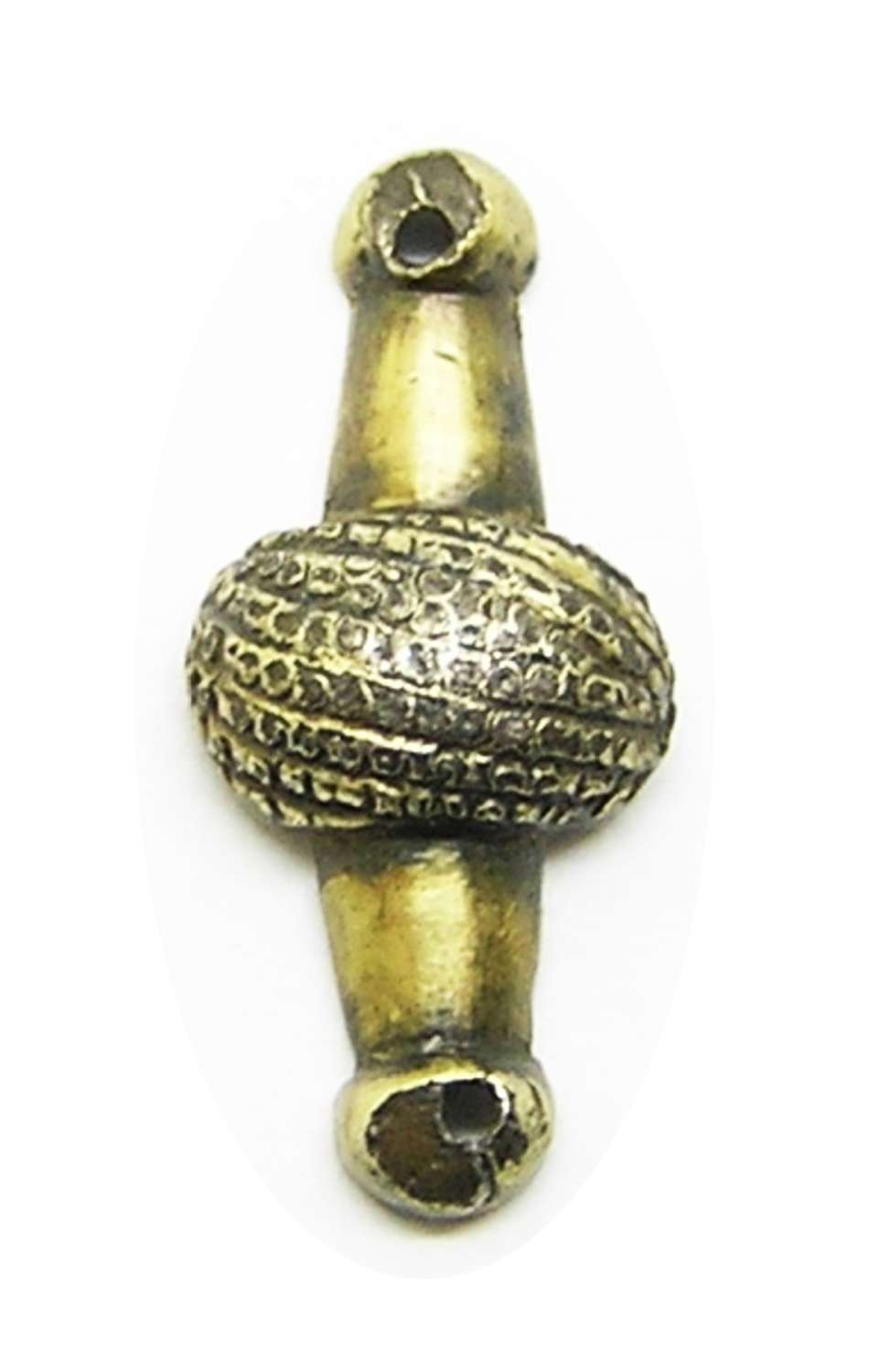 This is a sweet medieval silver-gilt belt-fitting, dating to the 14th century AD. It is a cast silver-gilt bar-mount from a belt or strap; the mount has central and end lobes. The mount is convex, with plain bars and end lobes, the latter perforated for rivets, one of which survives. The larger central lobe is decorated with cross-hatched incised diagonal lines. Similar example has been recorded from Winchester HAMP-C28BE4

The mount can be paralleled with a number of excavated examples from London (Egan and Pritchard 1991, 213-214; refs. 1160, 1161) and elsewhere. This form of bar-mount tends to have been found in 14th-century contexts. It is a nice example, from an old Essex collection. 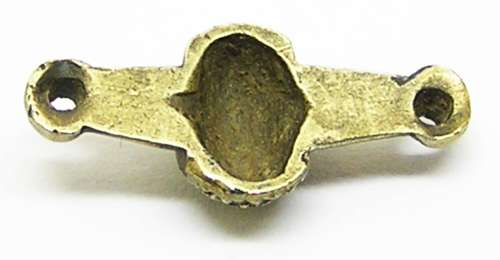