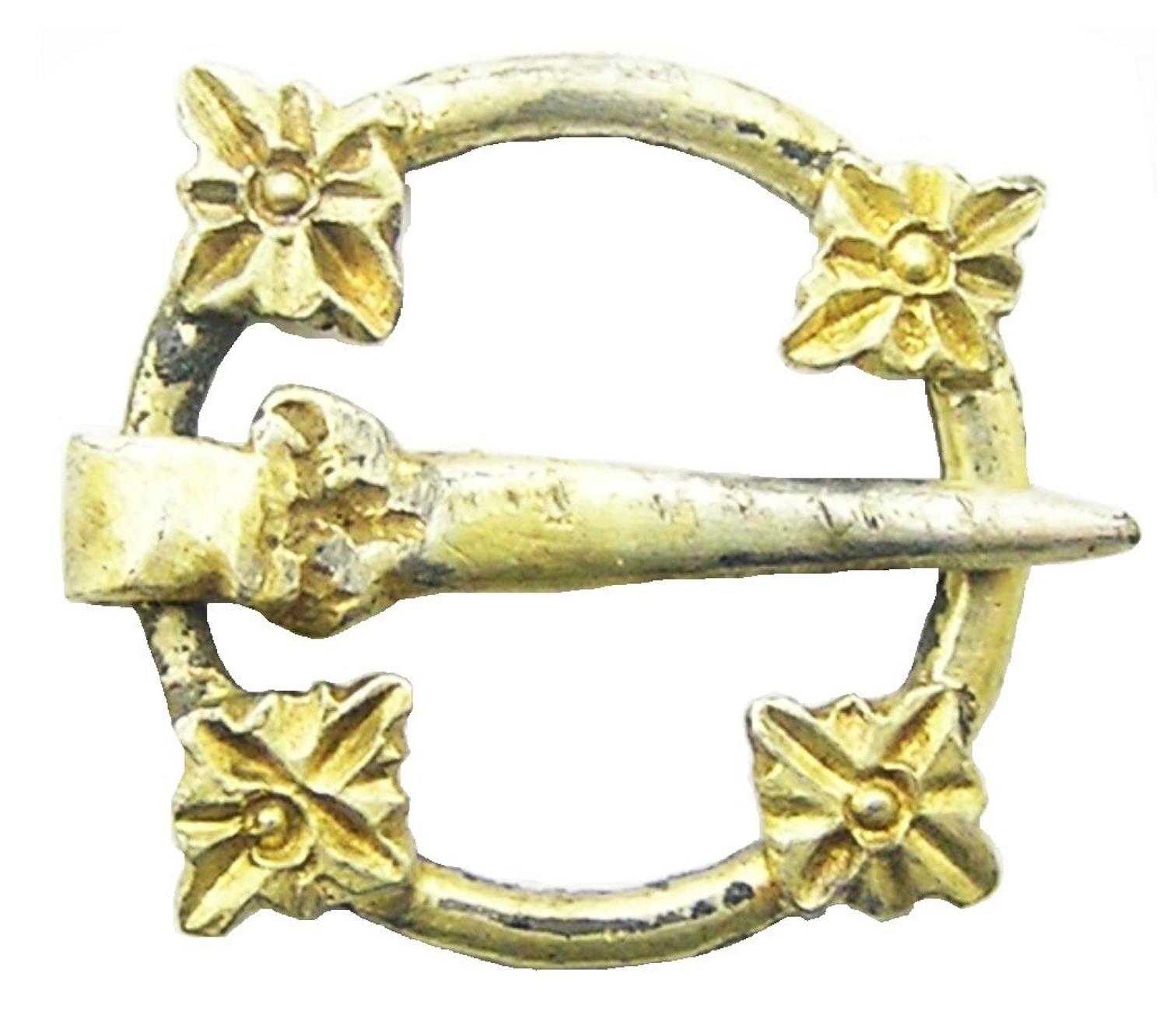 This is an excavated medieval silver-gilt ring-brooch, dating to the 13th century AD. Ring-brooches are the most common type medieval brooch to survive and had a practical function: to fasten tunics, especially at the neck. Shaped as rings, with a long central pin, these brooches varied enormously in size and could be tiny, smaller than a fingernail. Ring-brooches were made of costly gold or silver, or of much cheaper copper or pewter. They were worn mostly until the late fourteenth century when changing fashions in dress included more closely tailored clothes and the growing use of button fastenings.

This example is decorated with four evenly spaced flat quatrefoil bosses, soldered to the round-sectioned frame. Brooches with round-sectioned frames and four applied plates are not exceptional, though at one time the distribution was restricted to northern England and southern Scotland (Cherry, J. in Alexander and Binski 1987, 486, cat. no. 652). Similar examples and fragments have been recorded from West Lindsey SWYOR-2AF884, Winchester (HAMP-546303), Aylesbury Vale (BUC-25AA82), Hunstanton (NMS-D8B8F2) ESS-EDD0CB. The brooch decoration is similar to Egan and Pritchard 1991, page 256, number 1343, which is dated to 1230-1260. Even though the pin on this example is broken, it is still a nice excavated example with bright mercurial gold gilding remaining. 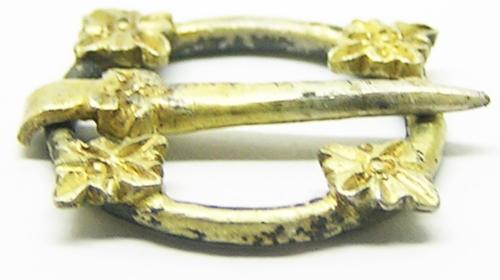 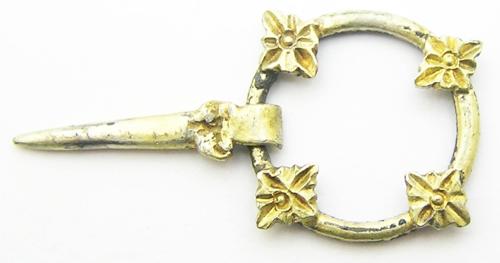 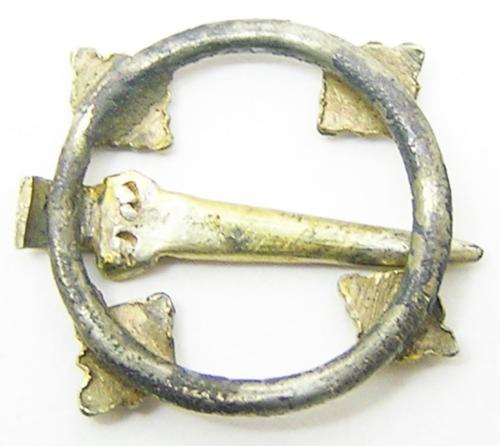 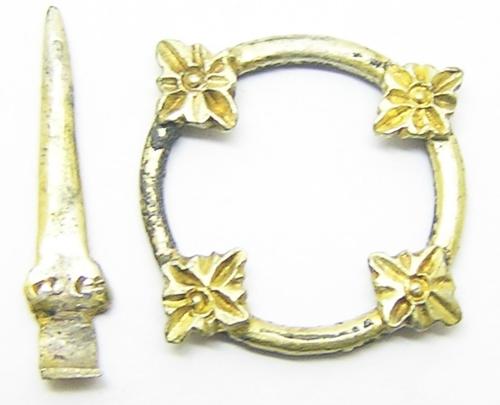 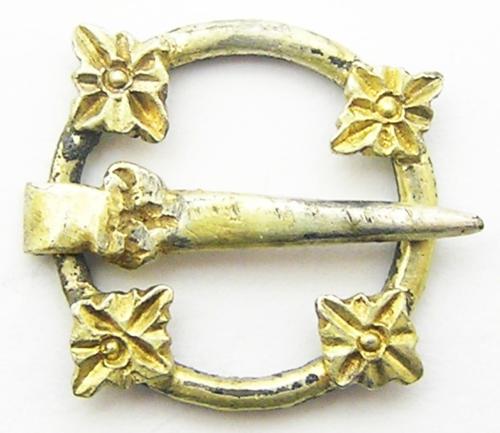