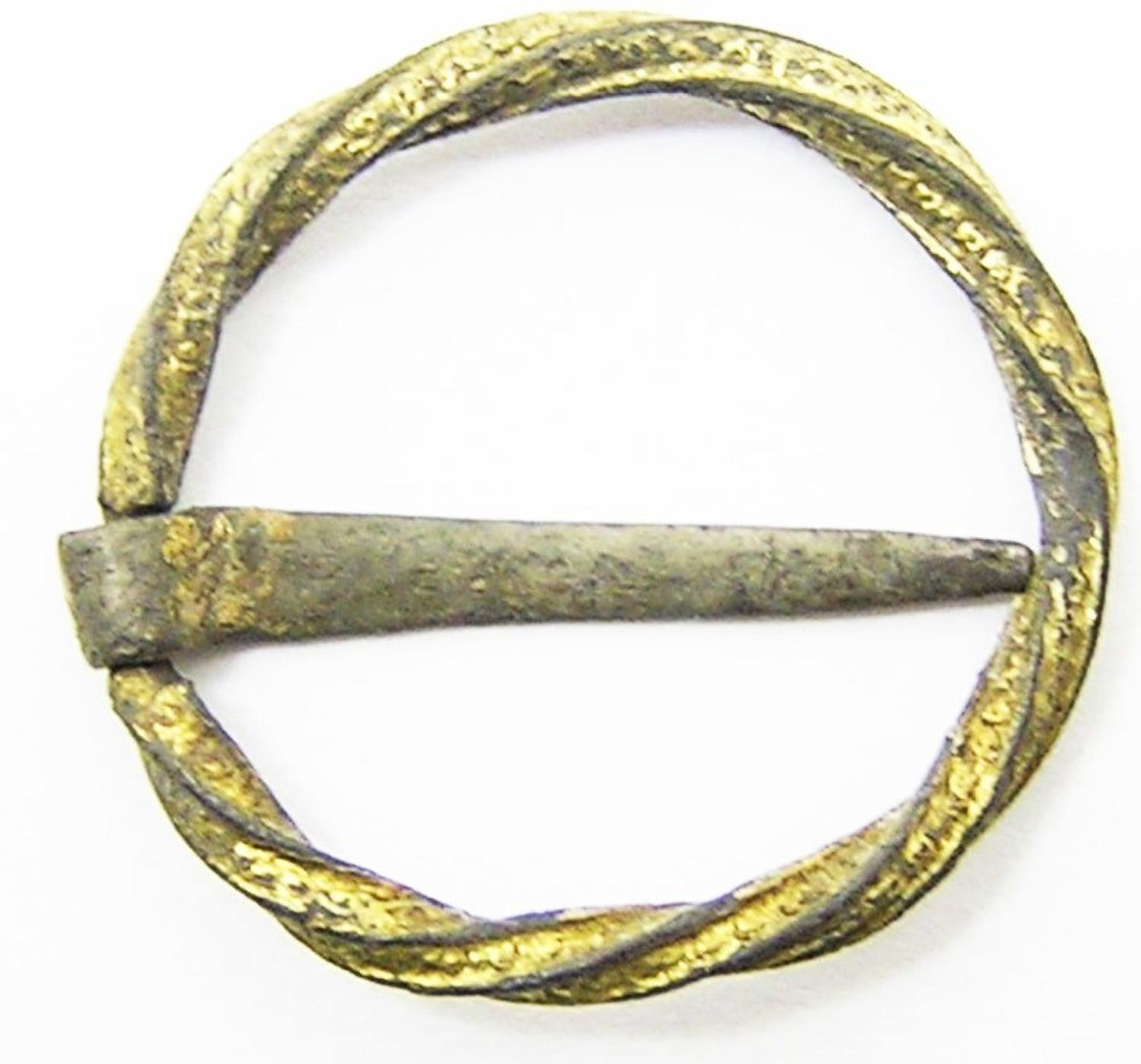 This is a complete medieval silver-gilt ring brooch, dating to the 13th - 14th century A.D. The brooch is circular in plan with a narrowed constriction for the pin. An articulated triangular pin remains fitted around the constriction by an open loop. The frame has a square section and has been twisted resulting in a spiral or cable-style appearance. A comparable example is Published by Egan & Pritchard (1991: 253, no. 1334) dating to c. AD 1200-1230. Other very similar examples have also been reported through the treasure process, and are generally dated to c. AD 1200-1400. See for example:  YORYM-6E9BFA, LANCUM-C1A5E8, SOM-3998C5. amongst others.

Ring-brooches are the most common type medieval brooch to survive and had a practical function: to fasten tunics, especially at the neck. Shaped as rings, with a long central pin, these brooches varied enormously in size and could be tiny, smaller than a fingernail. Ring-brooches were made of costly gold or silver, or of much cheaper copper or pewter. They were worn mostly until the late fourteenth century when changing fashions in dress included more closely tailored clothes and the growing use of button fastenings. 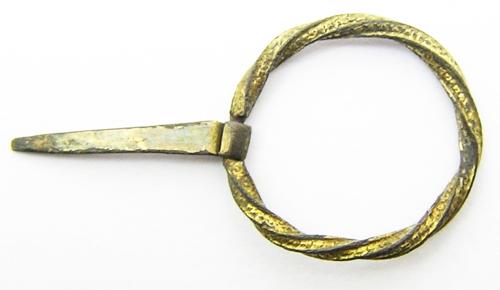 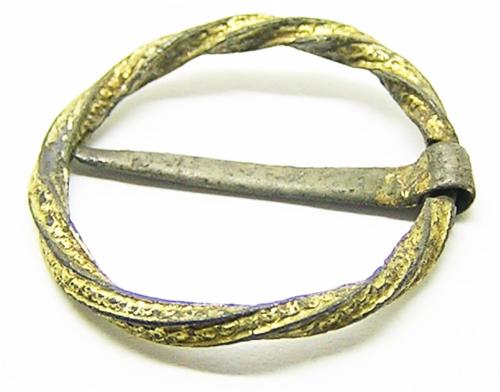