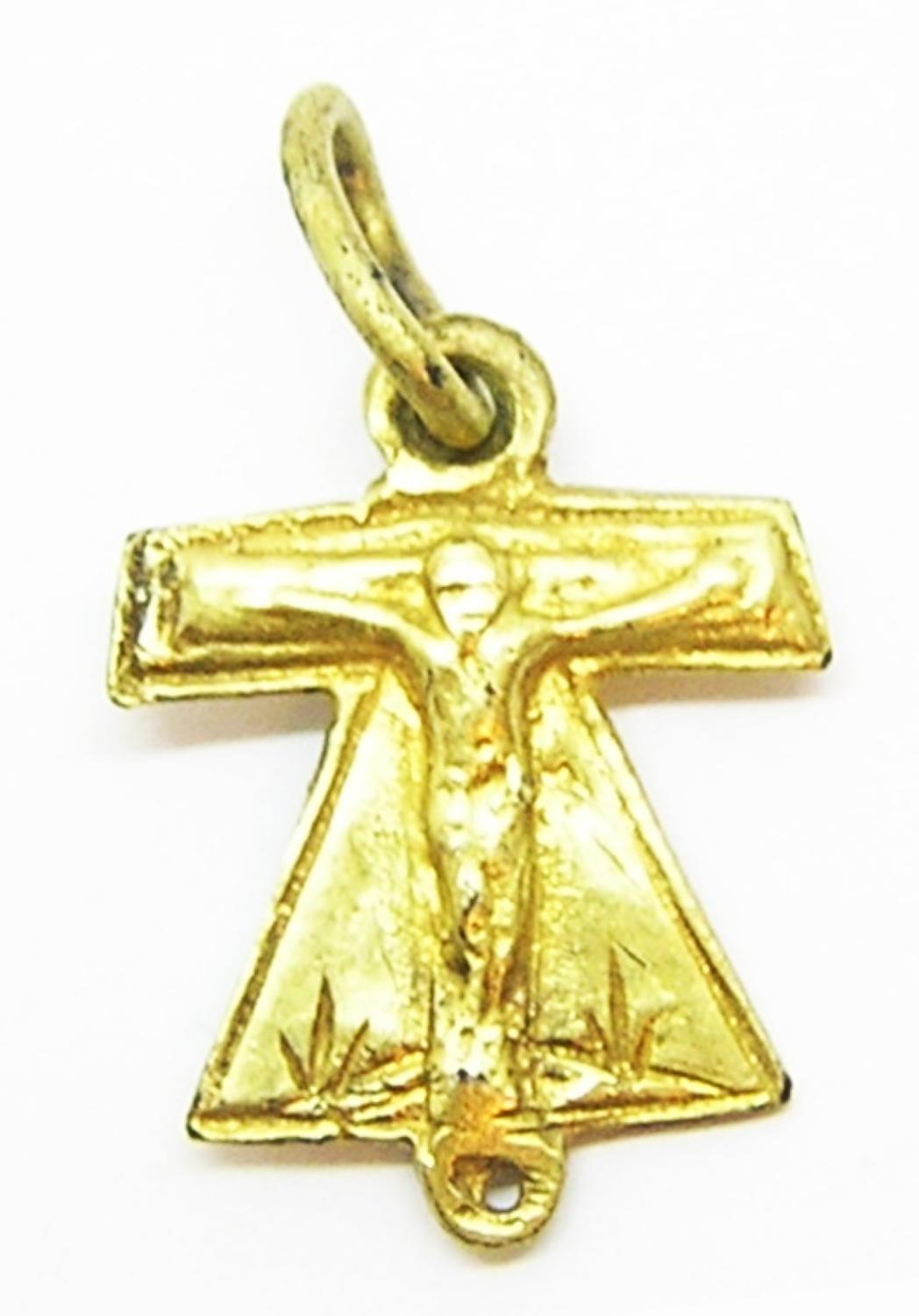 This is a superb medieval silver pilgrimage badge amulet, dating to the 15th - 16th century. The amulet is in the form of a shirt, known as “The Veil of Notre Dame”. It was originally believed to be some type of shirt. King Charles the Bald gave the veil to the Chartres Cathedral in 876AD and it was sealed in the reliquary. It wasn't until the 17th century when the reliquary was opened did pilgrims realize the relic was a piece of silk from a veil and not a shirt. This item is in the form of a shirt, so would predate the 17th century, it is decorated with the crucified Christ on one side and the Virgin and Child on the other.

This item would have been purchased at the shrine by a pilgrim of substance, the condition of this example is excellent for an excavated find, the gilding is perfect except for a slight loss on one edge (revealing tarnished silver). The suspension loop is intact and all original, enabling the pendant to be worn again today. 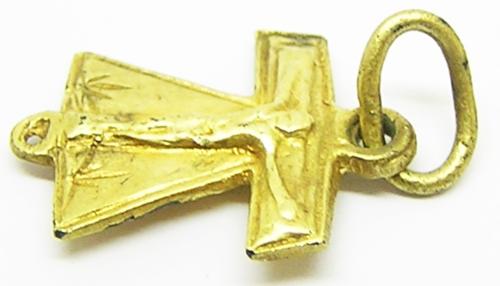 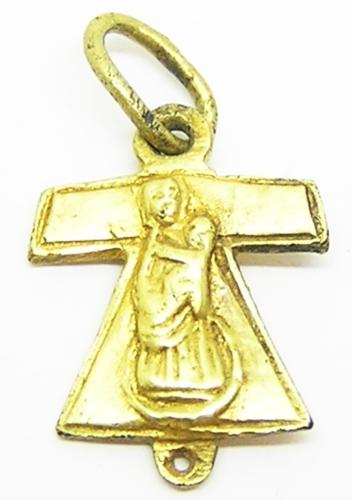 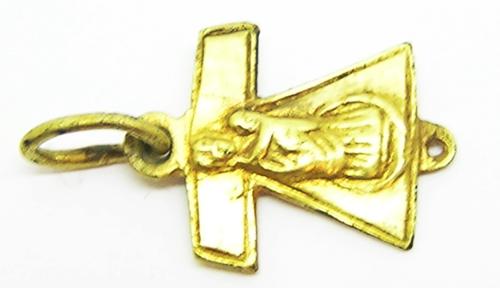