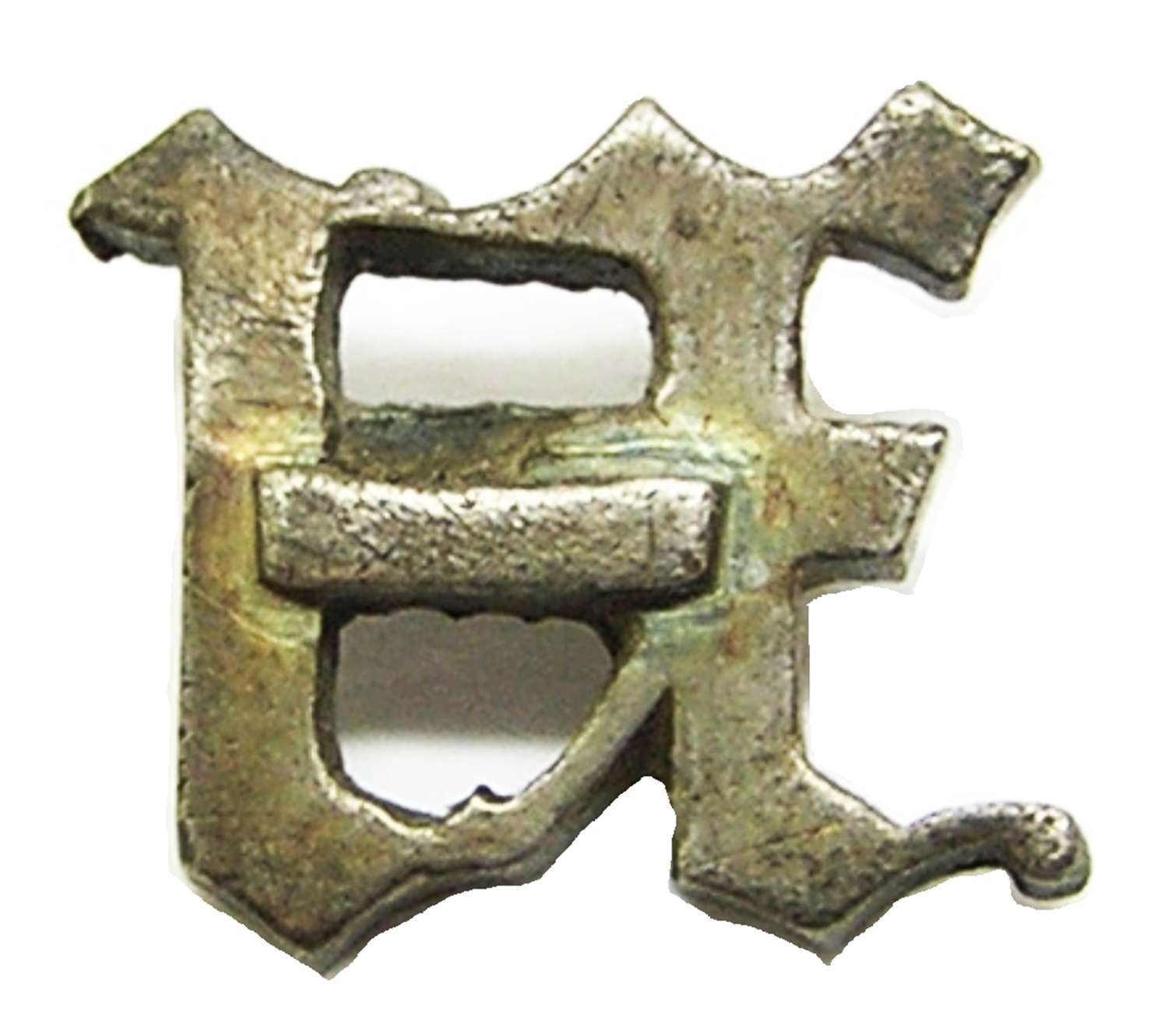 This is a wonderful medieval silver belt stud or hat badge, dating to the 15th-16th century. It is decorated with a monogram in Blackletter script. The back retains integral cast fixing studs and has been cast in a cuttlefish mould (with the pattern evident on the back). Such a badge would have been cast and given to supporter's/retainer's to demonstrate allegiance or service. The design could represent a merchant mark or monogram combining several letters. It has been suggested to me that the letters represent J.F. that correspond to a certain Lord Mayor of London "John Fraunceys" who was a Goldsmith and Mayor in 1400. A nice object that was recovered from the Thames in London. 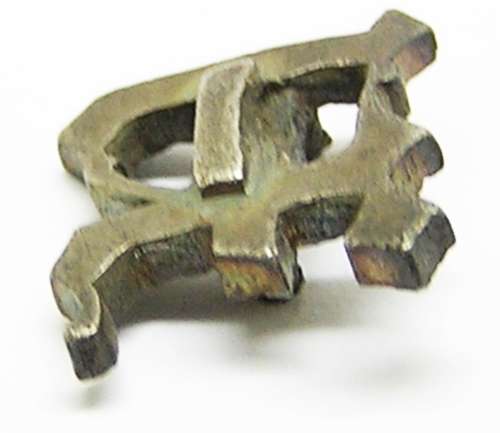 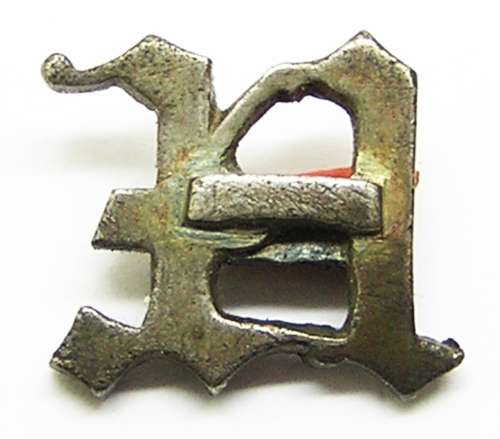 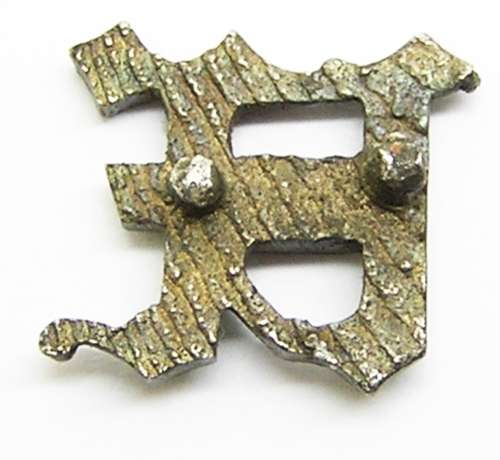 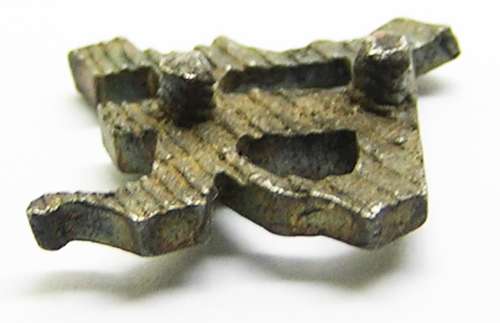