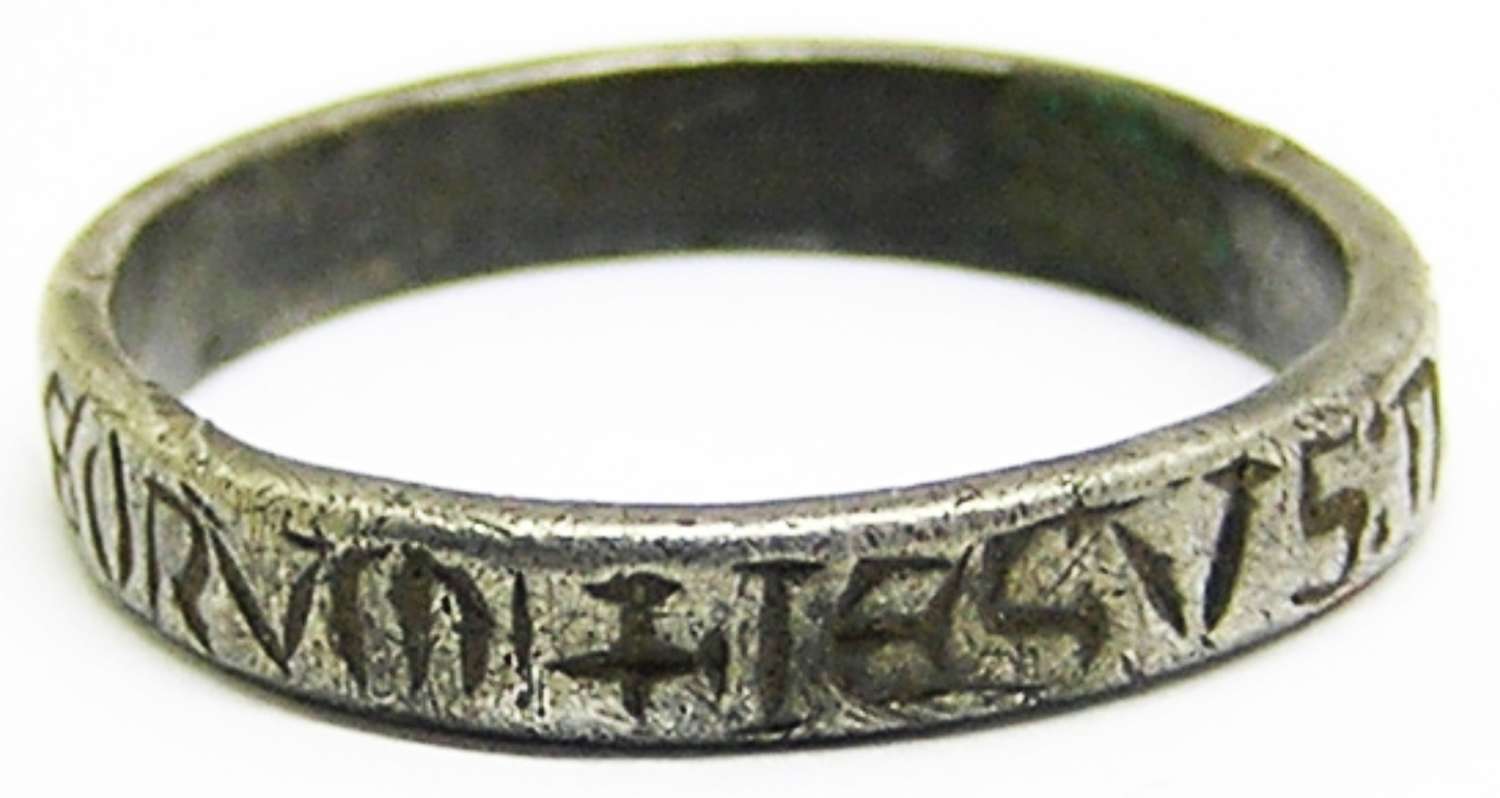 This is a wonderful and very rare medieval silver posy ring, inscribed outside the band with "+IESVS: NAZARNVS: REX: IVDEORVM" for "Jesus Christ of Nazareth, King of the Jews". The style of lettering in Lombardic script gives us a date of 1180 - 1320 AD.  Such rings are often referred to as religious or magical & medicinal rings due to the fact that they were inscribed with invocations intended to produce certain effects such as protecting the wearer from harm, or healing sickness.  The words IESVS NAZARENVS REX IVDEORVM are held to have been inscribed above the head of Christ on the cross. It is a phrase that was commonly employed on medieval objects, primarily, finger rings and brooches, for their perceived magical qualities in curing or averting illness and misfortune. Ref: Oman, 1974, 633; states "In The Revelation to the Monk of Evesham, written in 1196, a goldsmith in Purgatory discloses that the words gave protection from sudden death." as such this type of posy ring was intended more as an amuletic ring designed to protect the wearer from "sudden death". See also YORYM-069DD0 and SF-6F8ED7, for further discussion. This is a rare and intact medieval ring in good wearable condition. 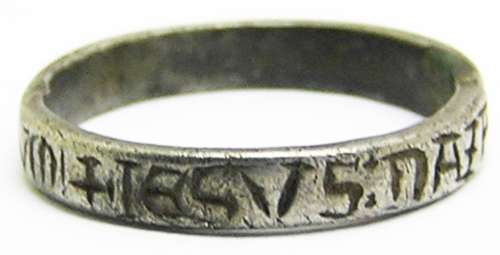 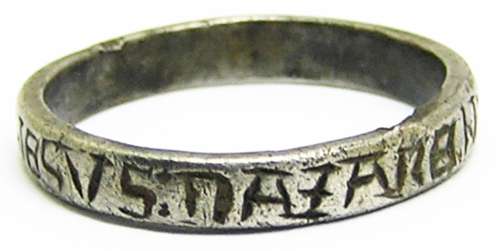 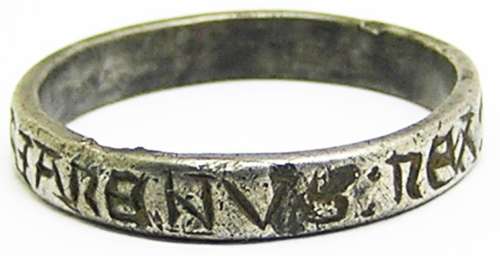 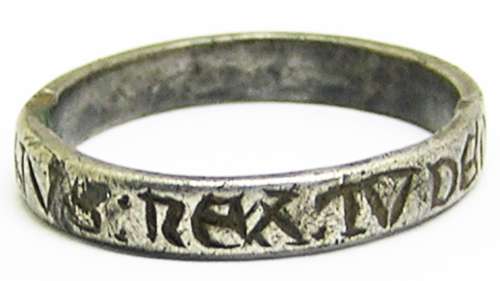 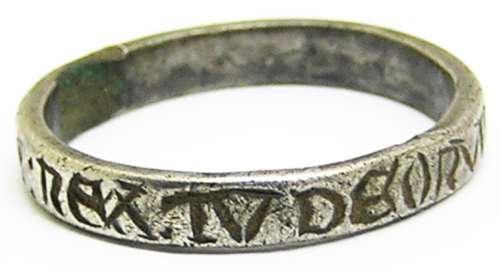 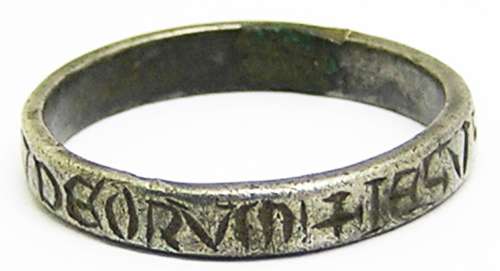 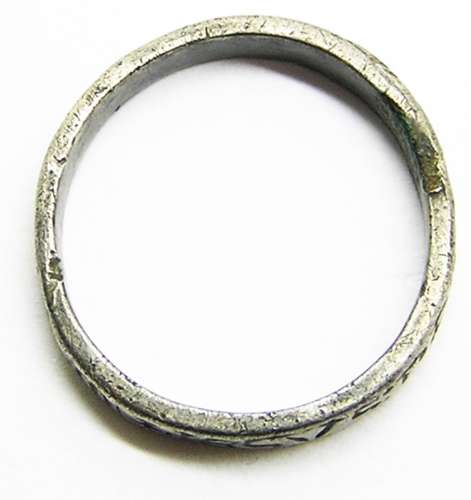 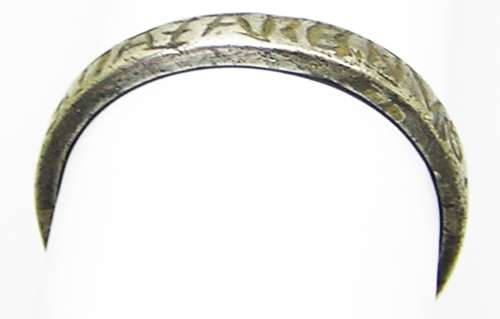