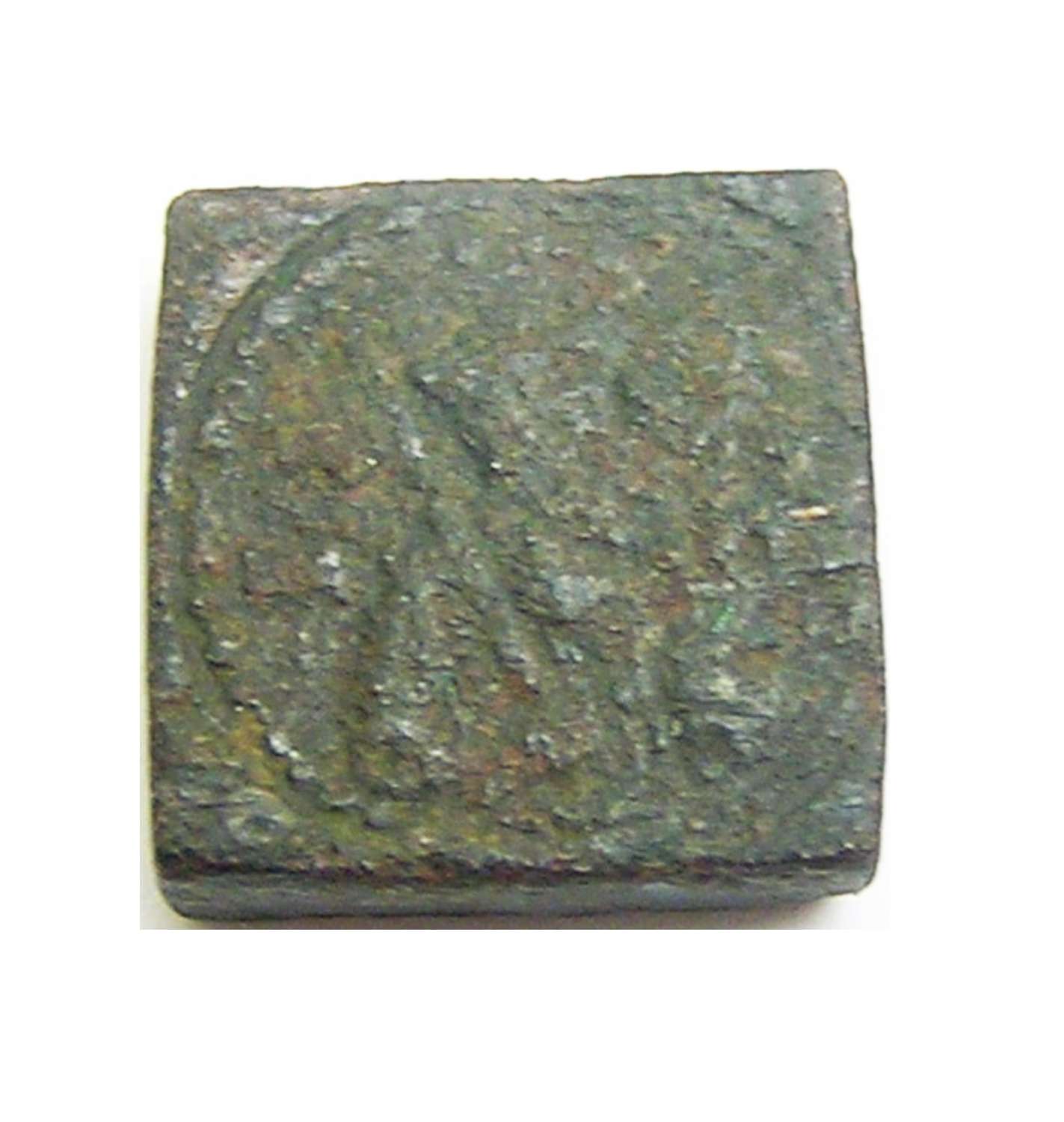 This is a copper-alloy coin weight for a British gold Unite of King James Ist. The Unite was the second English gold coin with a value of twenty shillings or one pound first produced during the reign of King James I. It was named after the legends on the coin indicating the king's intention of uniting his two kingdoms of England and Scotland. The unite was valued at twenty shillings until 1612 when the increase in the value of gold throughout Europe caused it to be raised to twenty-two shillings. The coin was produced during James I's second coinage (1604–1619), and it was replaced in the third coinage by the Laurel worth twenty shillings.

This coin weight is in an excavated condition 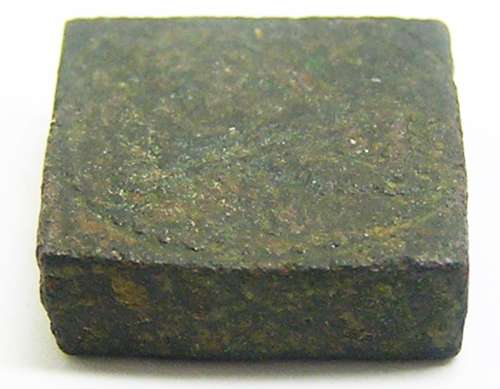 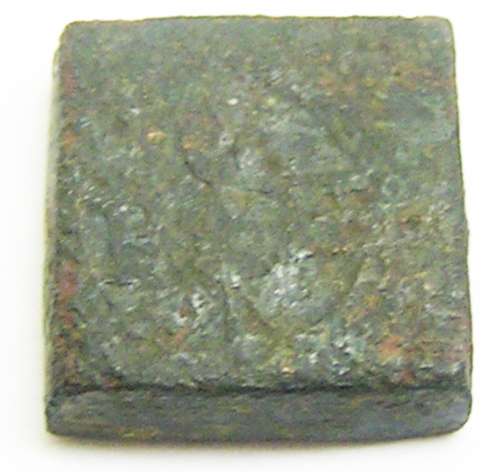