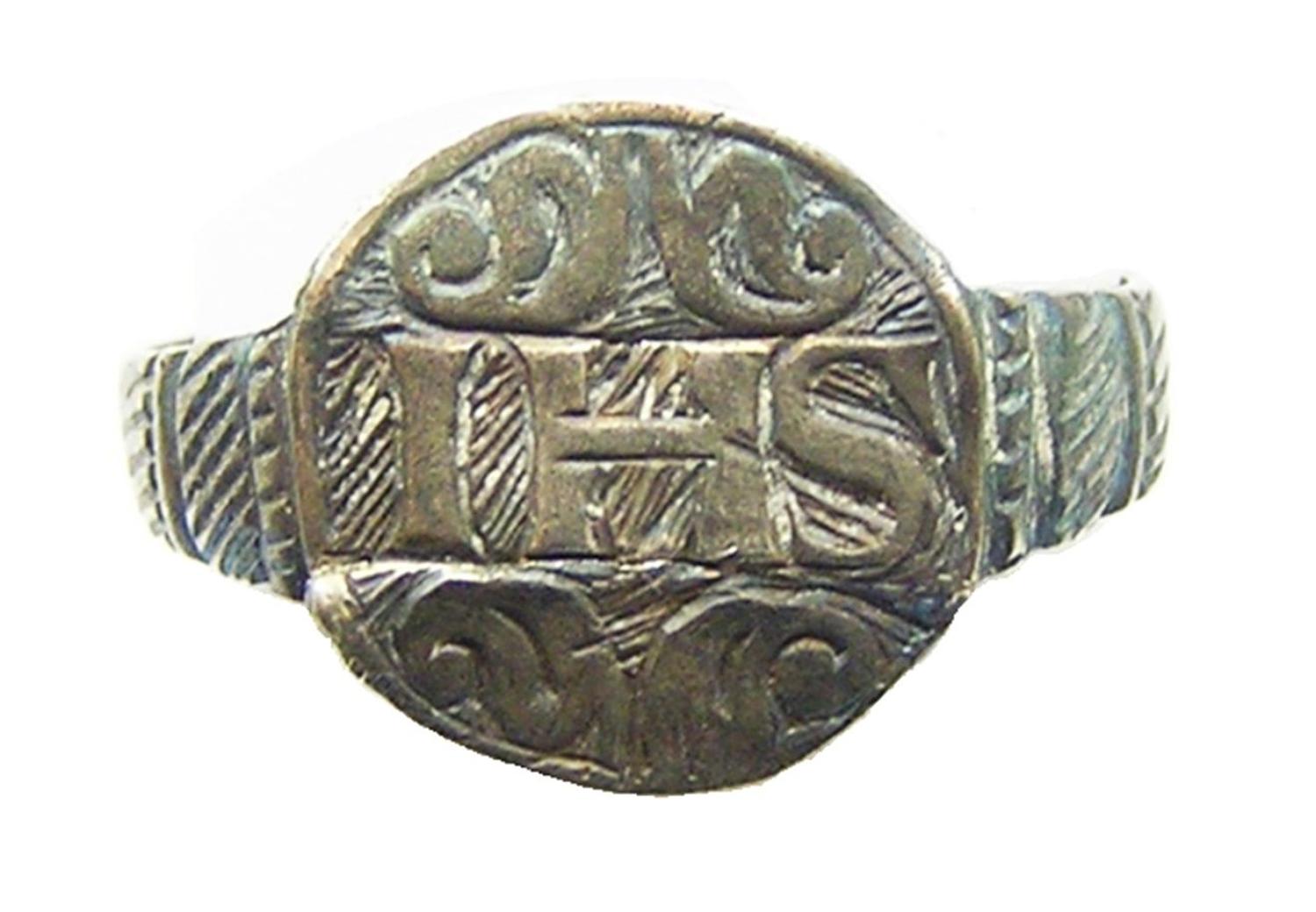 This is a Renaissance silver finger ring, dating to the 16th - 17th century A.D.The ring has a large decorated bezel, engraved with the Christogram "IHS". The bezel is finely engraved, so too are the shoulders.

This ring has survived in excavated condition, it has an old repair to the band with a crack on the bezel. 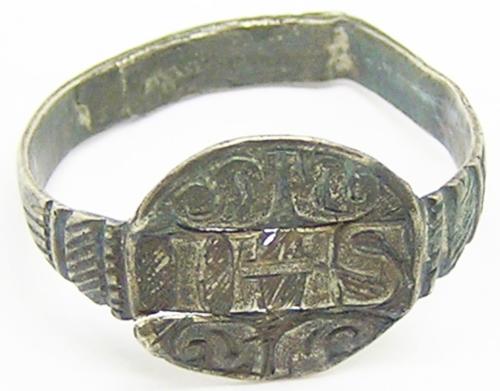 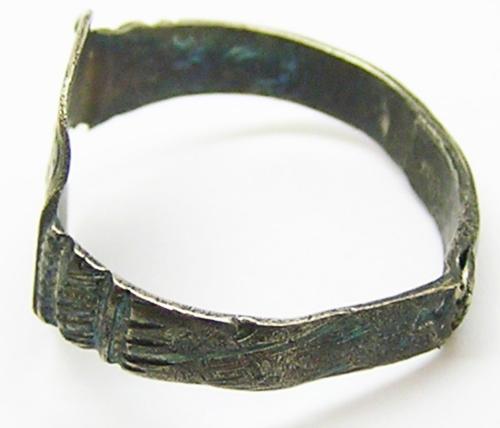 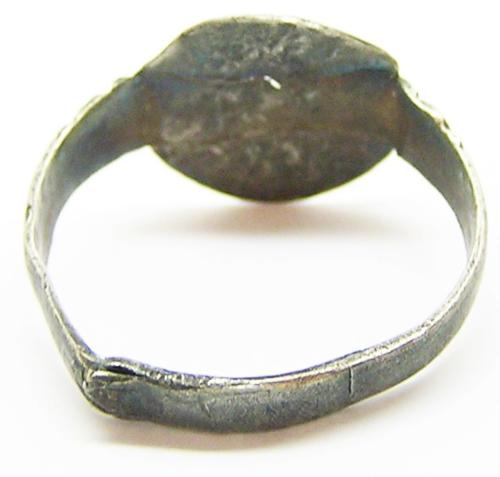 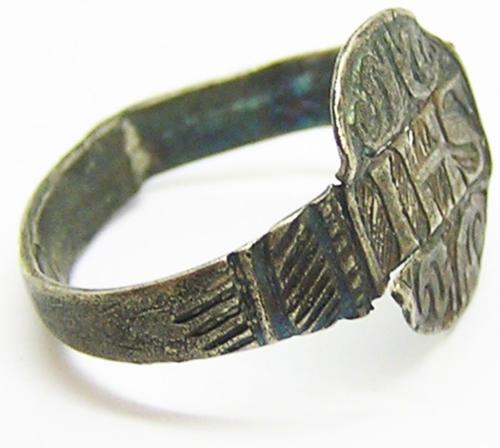 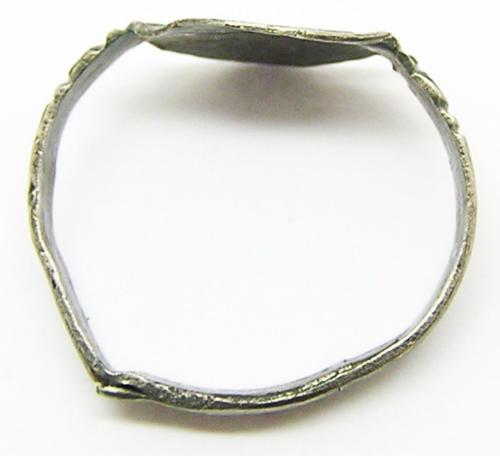 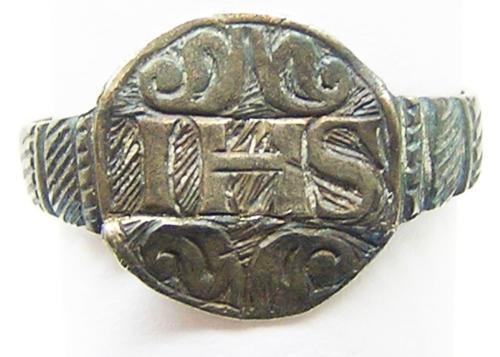 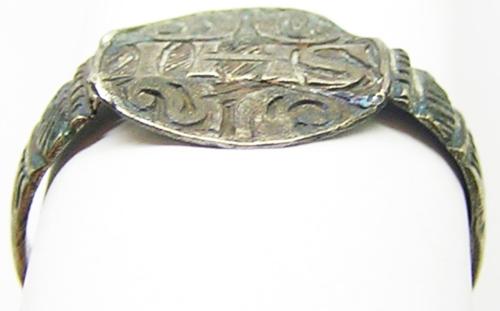