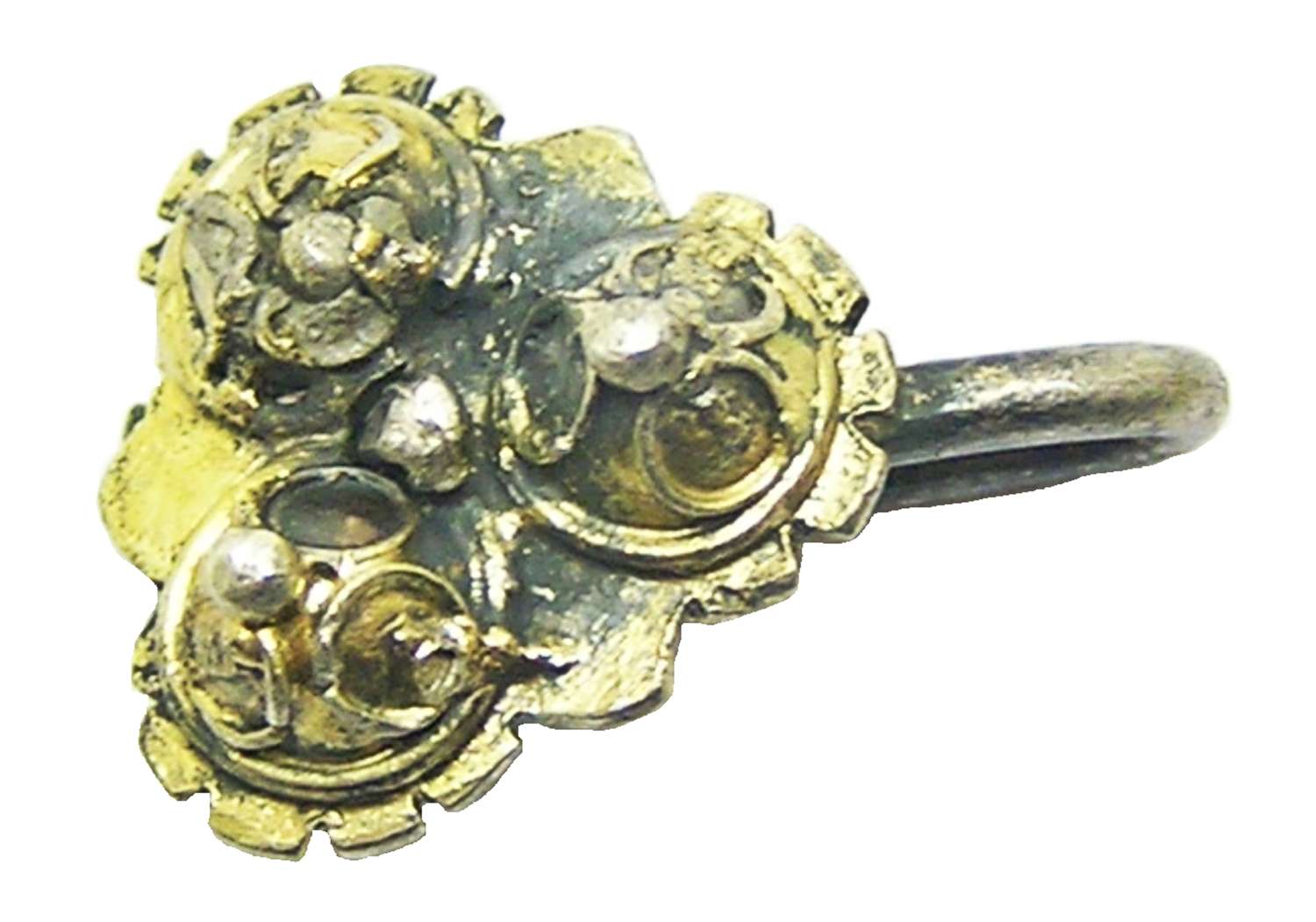 This is a wonderful Tudor period silver-gilt dress-hook, dating to the 16th century. The body is trefoil shaped, comprising a trio of bosses with wirework. A split pin passes through a central hole in the body. Based on comparanda from Read (2008), this may once have had a domed or globular head in imitation of a cabochon gem or pearl. Such hooks were worn during the post-medieval period in order to secure items of clothing. This example corresponds to Read's (2008) typology as part of the early post-medieval Class D, specifically Type 6, number 265. It can be dated on this basis to the 16th century or Tudor period. It is a nice example and intact. Further examples have been recorded from Horsham (SUR-B67D2E), Doncaster (SWYOR-00CFE5) and Broadland (NMS-8F0E3C). 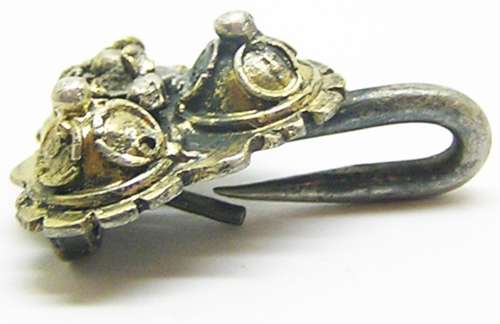 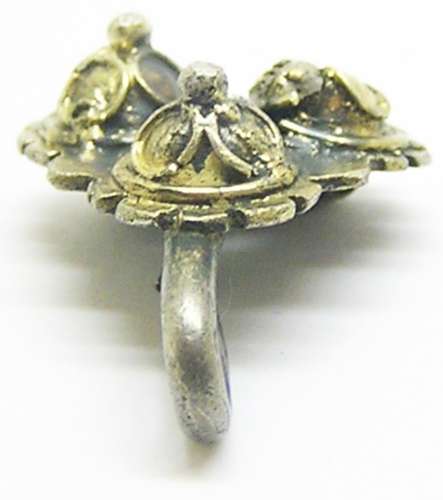 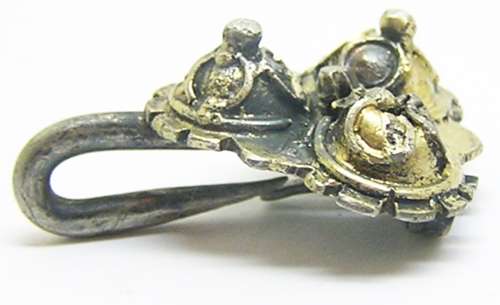 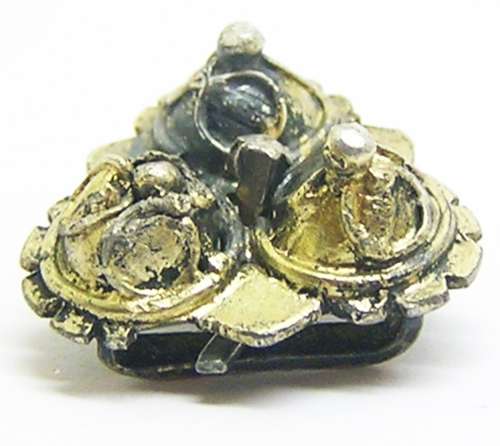 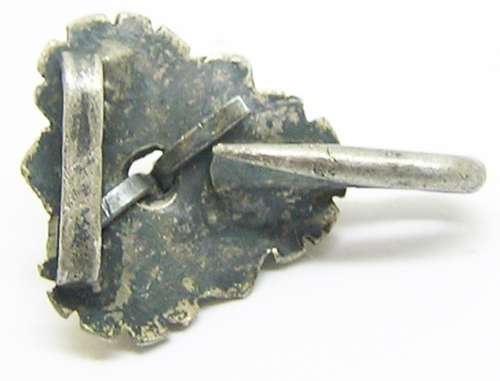 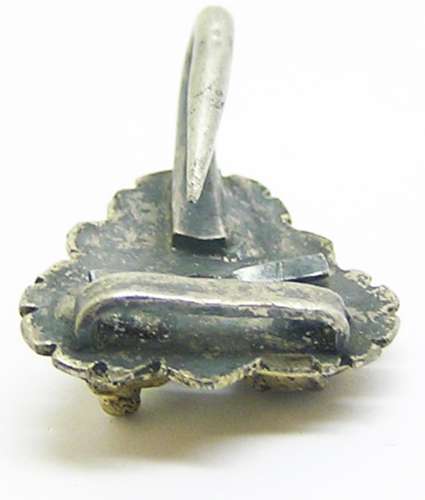 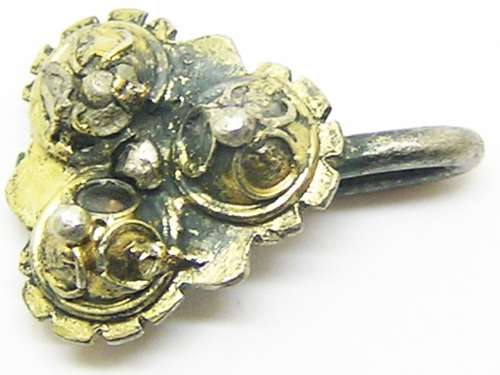