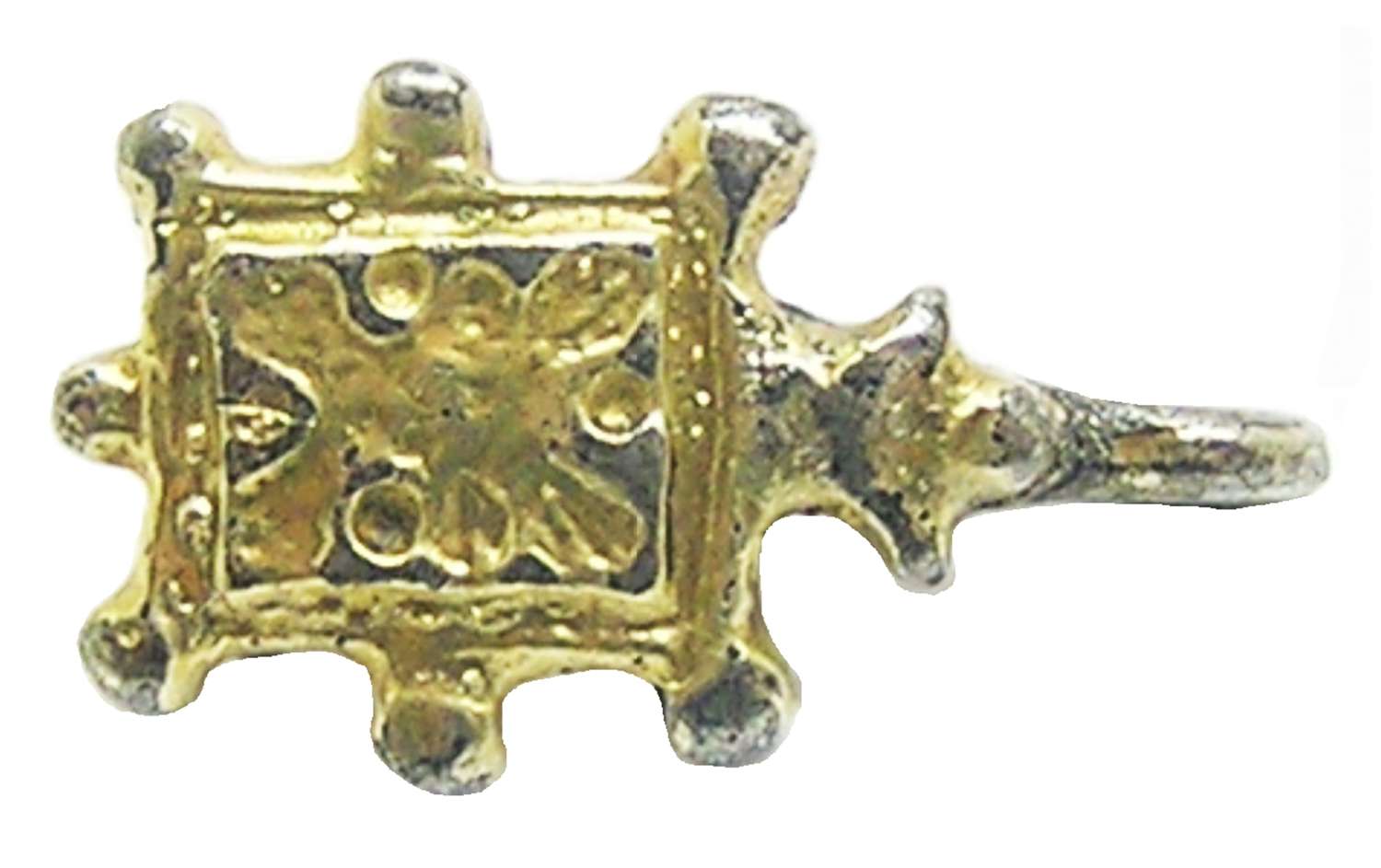 This is a nice Tudor silver-gilt dress-hook, dating to the 16th century.  This is a Read's Class D, Type 1, consisting of plate, hook and attachment loop. The rectangular plate has seven projecting lobed knops, one on each corner and one at the centre of three sides. From the fourth side, a larger and more elaborate fleur-de-lis shaped knop projects and acts as a junction where the plate and the hook meet. The front of this is decorated with a recessed heart above a trefoil of recessed circular pits, within a raised rectangular border. To the reverse, the attachment loop and hook have been soldered onto the plate. The attachment of the circular-sectioned hook has been slightly flattened against the back of the plate, and the hook itself has been flattened to one side instead of curving back on itself as other examples seem to, now lying flat adjacent to the elaborate knop that it projects from. Reads typology can be dated to the 16th century or Tudor period. It is a nice example and intact. Further examples have been recorded from Whitchurch (HAMP-FDE526), Greywell (HAMP-6DCF28) and West Dorset (DEV-375361). 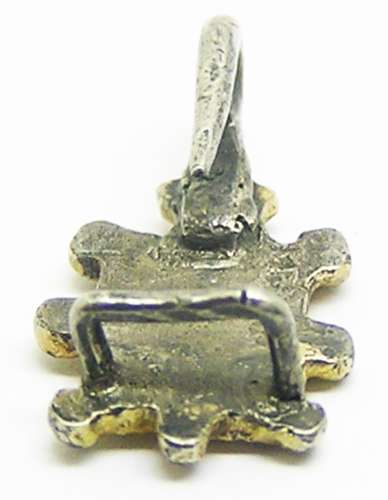 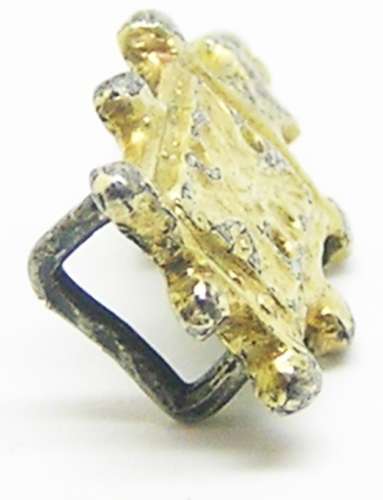 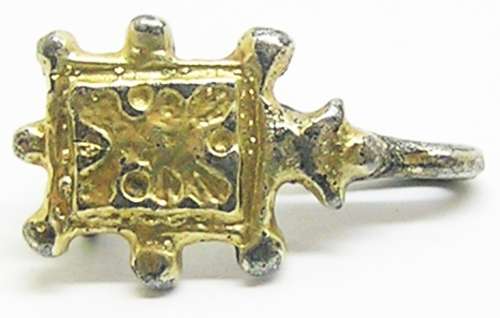 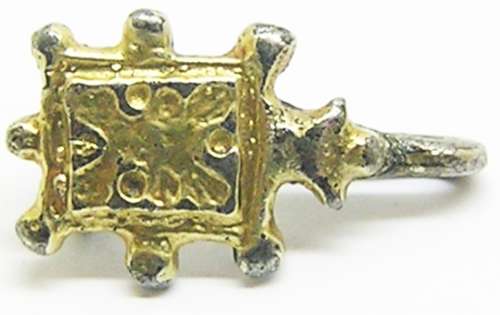