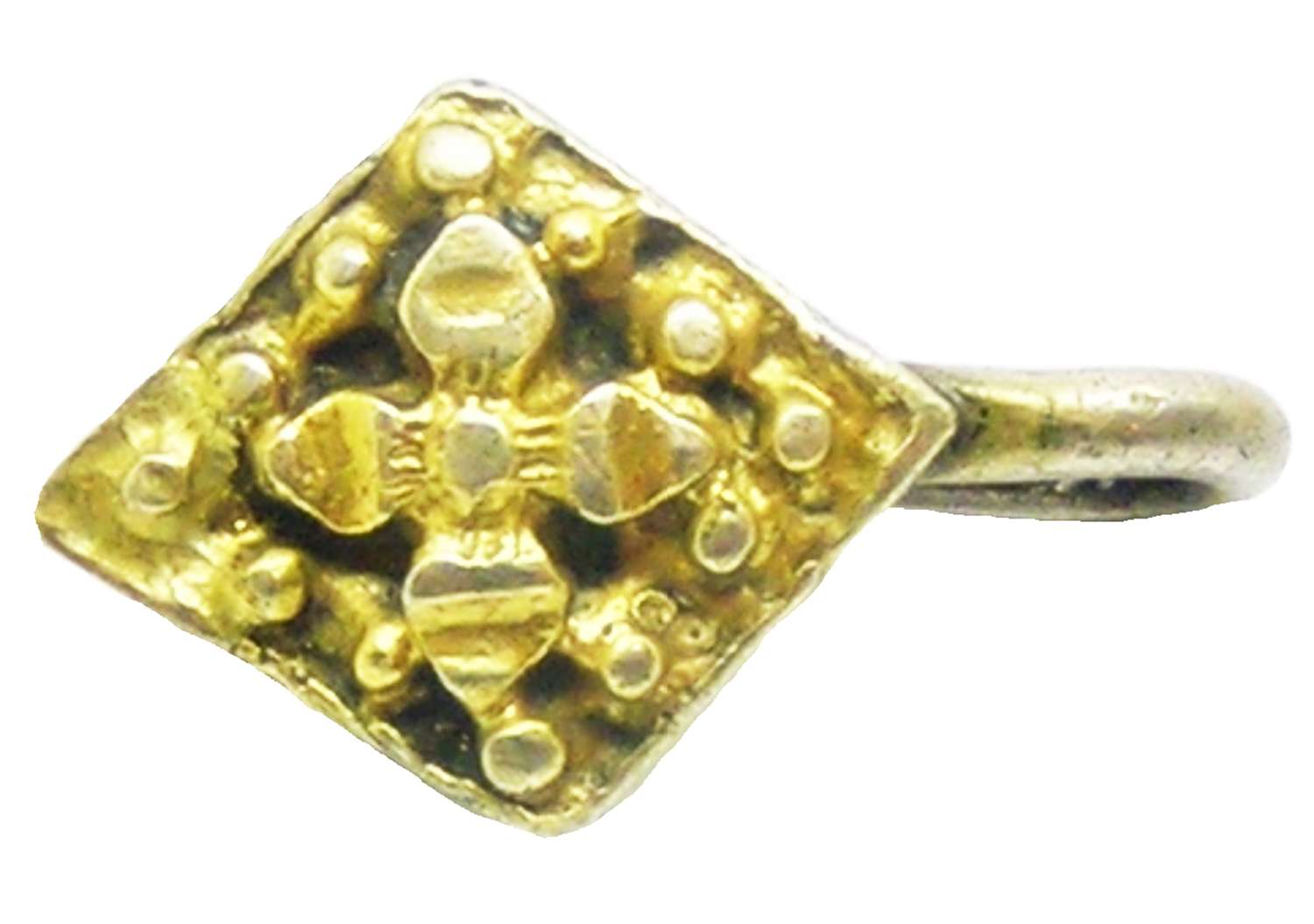 This is a nice and intact Tudor silver-gilt dress-hook, dating to the 16th century.  The diamond shape of the dress hook is consistent with that of Read's Early Post-medieval Class D, Type 3 (#208-9) and dateable with the 16th Century AD (Read, 2008, p 65-66). Further examples have been recorded from Winterton (NLM-FE0AA0), North Lincolnshire (NLM-B5E375) and Malvern Hills (WMID-06023F). This example was originally found in the mid 1980's on the Thames foreshore, recorded with the Museum of London. 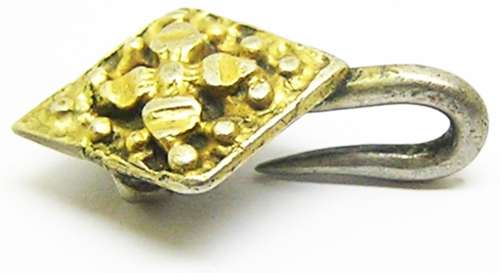 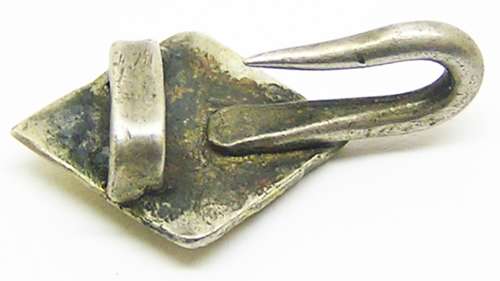 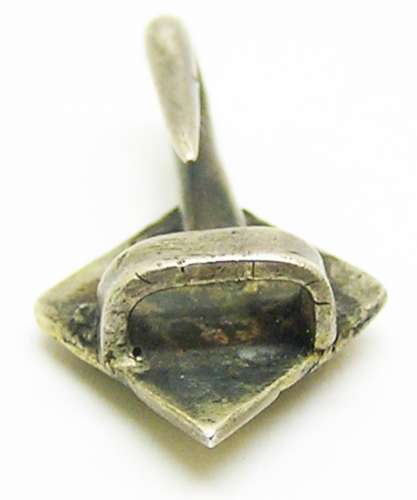 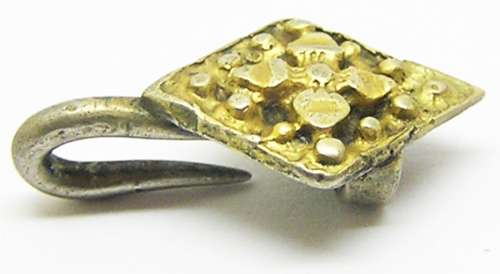 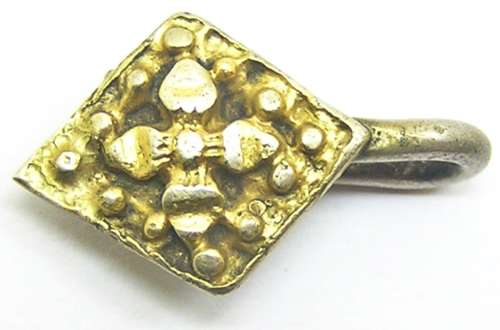