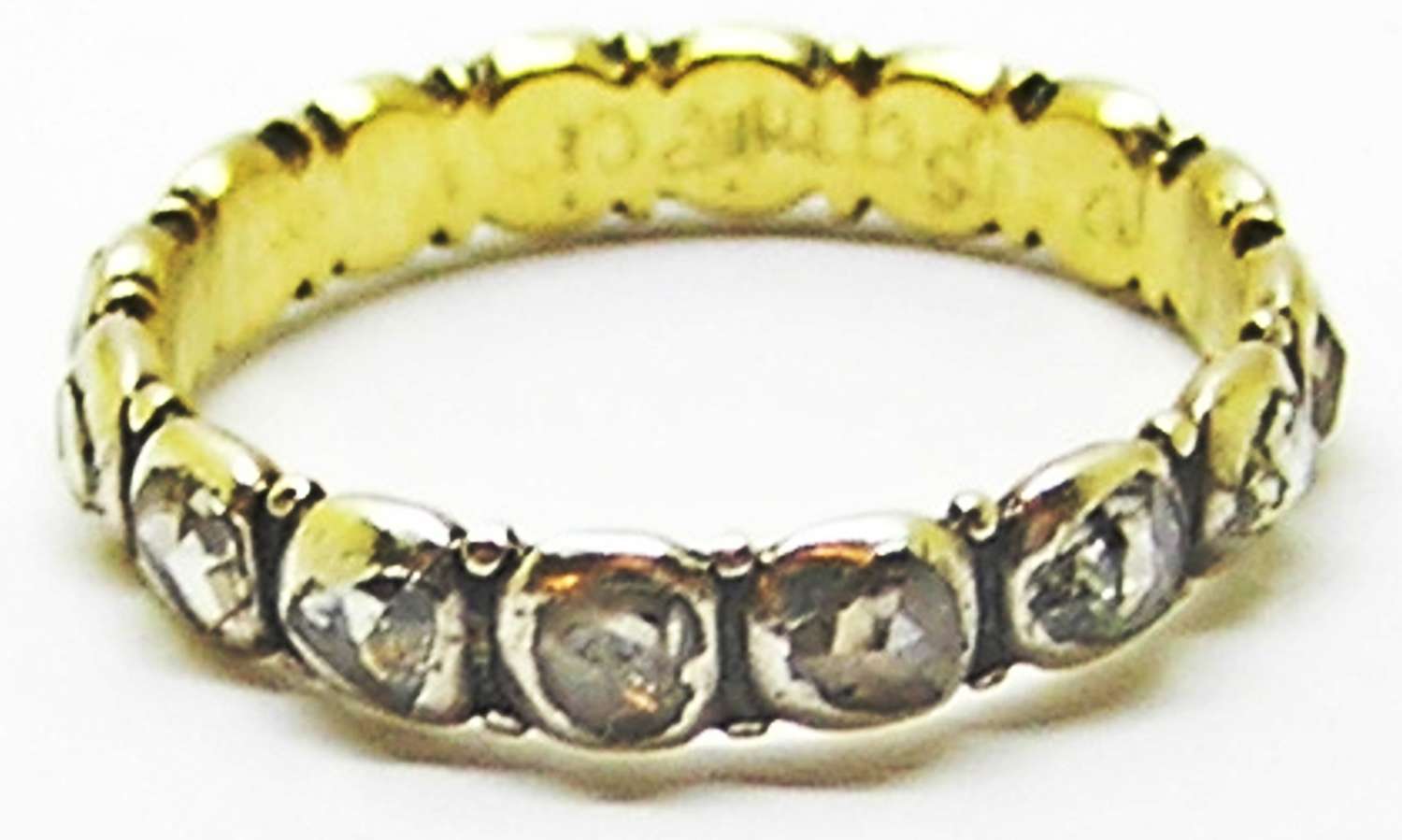 This is a wonderful Jacobean/Stuart period silver-gilt finger ring, dating to the 17th century. The band is set with 16 rose-cut diamonds, within a tightly rubbed over band. The ring is made from silver with the inside bearing heavy gold gilding to protect the skin.  During the 17th and 18th-century simple posy rings were still widely used as wedding bands, it became popular for women to wear 'keeper' rings on either side of her wedding band to accent and protect it. These rings were commonly made of rose-cut diamonds set in silver and gold, similar to today's eternity band, this is one such ring with the shape of the band similar to SOM-823925, HAMP-D0E734, and NMS-B8BCC4. so probably worn to accent such a band. Inside bears a dotted inscription that is too worn for me to interpret. 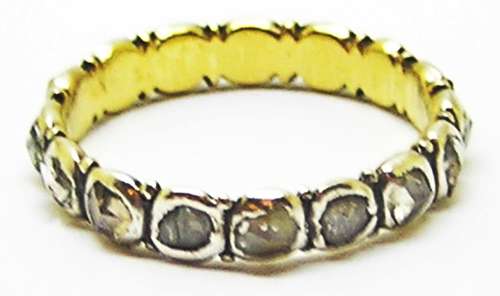 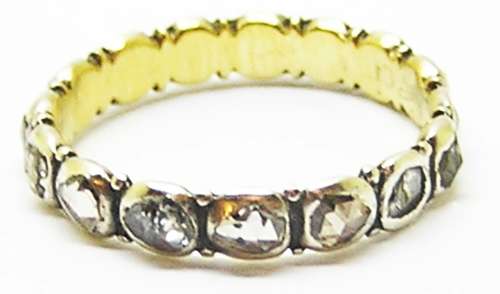 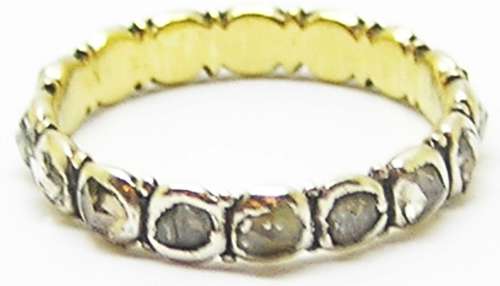 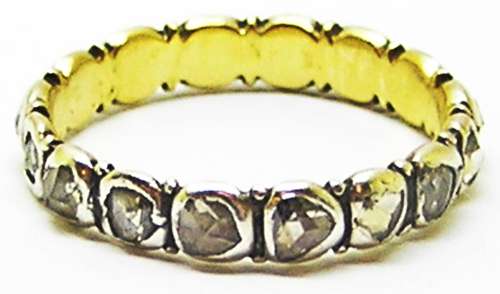 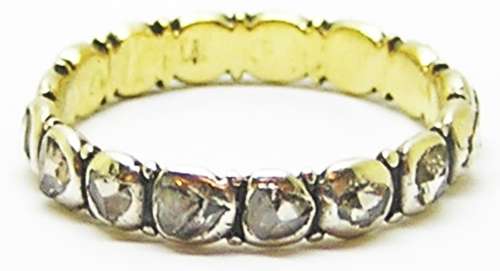 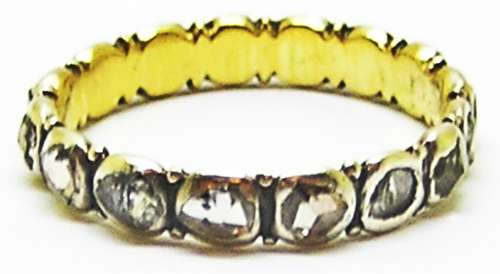 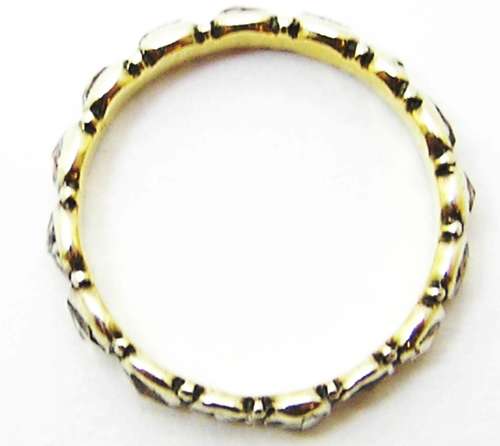 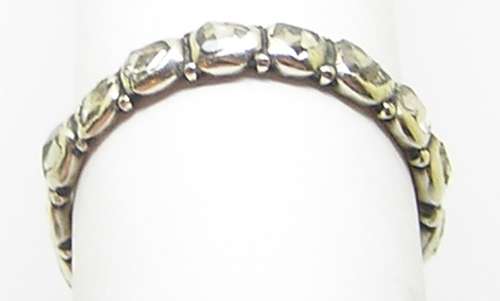