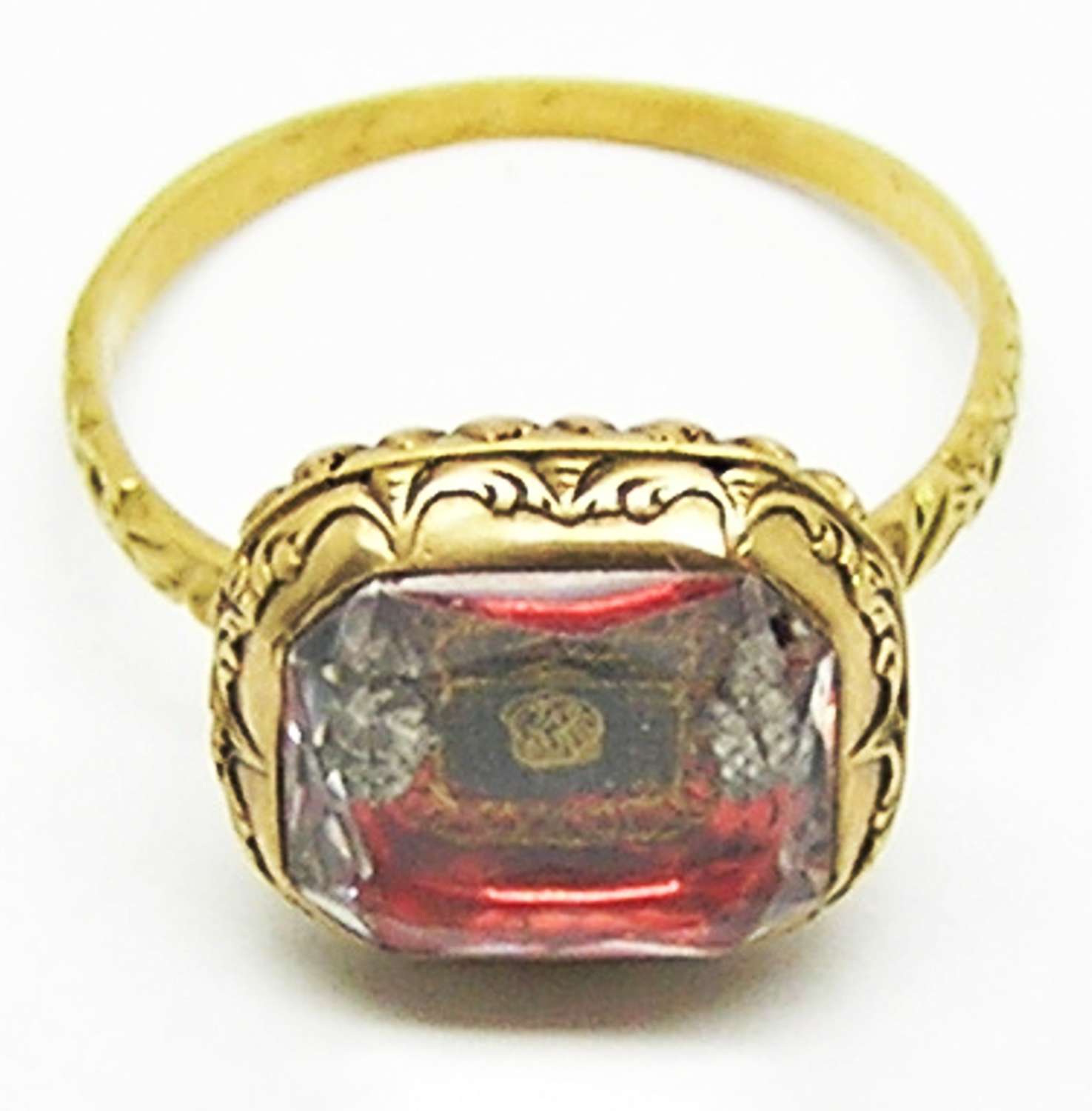 A wonderful and rare gold Stuart crystal ring, set with a facetted rock crystal on red foil over a plait of brown hair. The hair is set with an intricate monogram in gold wirework, above which is a royal crown flanked by two putti. The intricate cypher is likely that of Queen Anne (see the Royal Monogram of Queen Anne of Great Britain, Variant 1) which also bears the crown of the post-Charles II period. As such this ring would commemorate the Royal House of Stuart, containing the hair of the last Stuart Queen of Britain. Such jewels were favoured by Royalists after the execution of King Charles I and later by Jacobites who favoured the Stuart cause.

PROVENANCE:  Formerly in a private collection, in London. 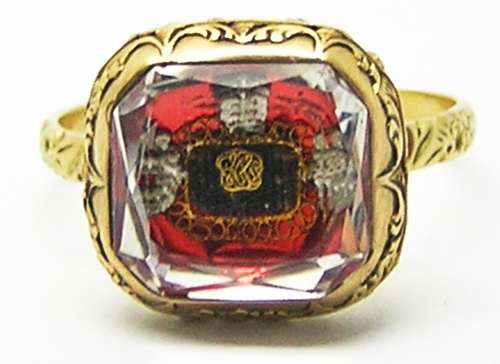 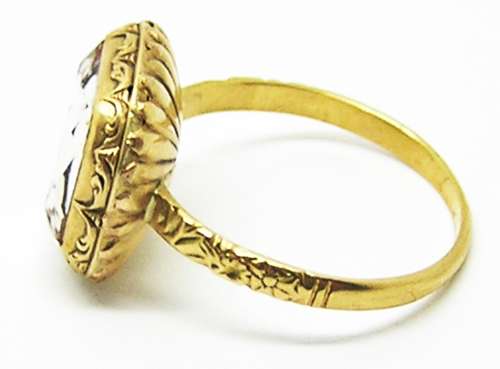 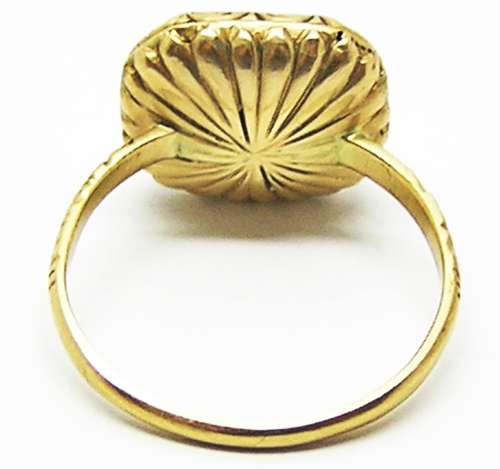 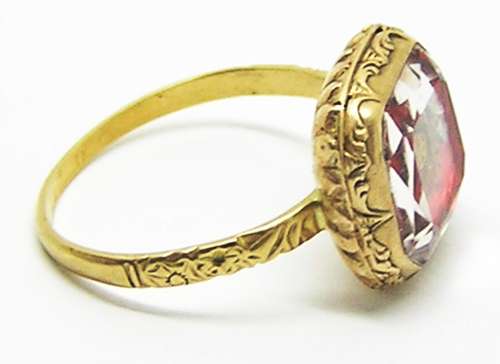 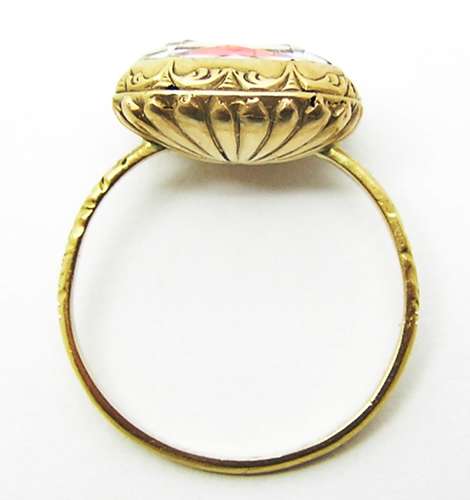 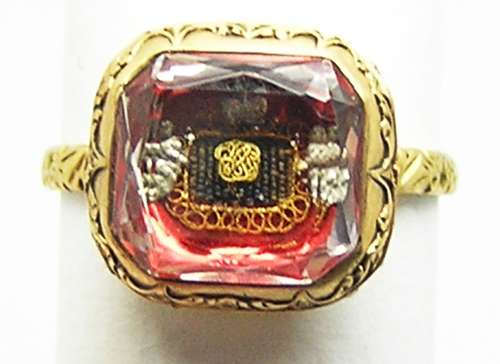 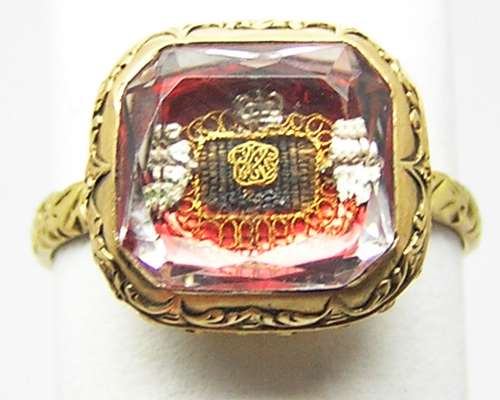 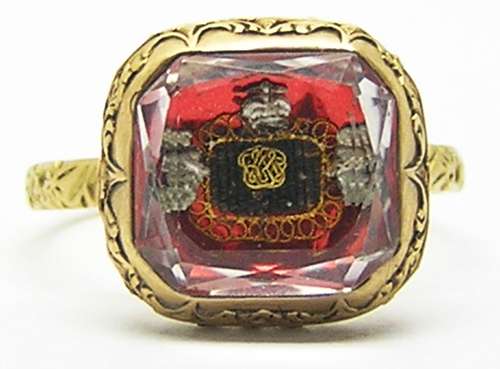 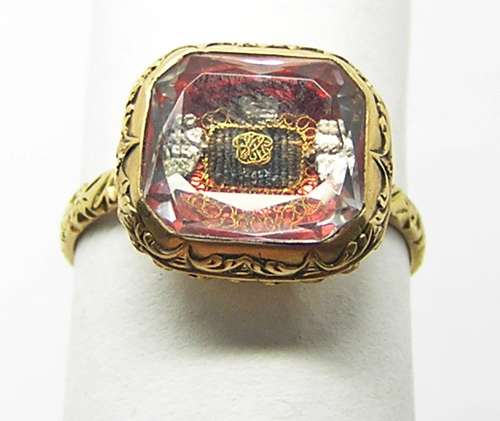 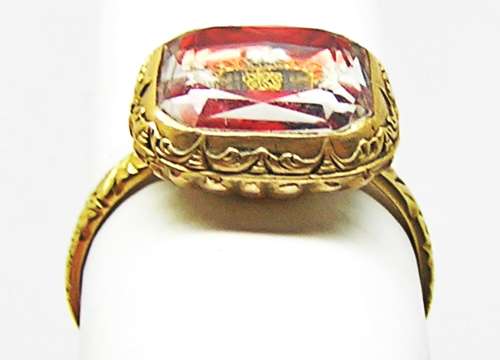