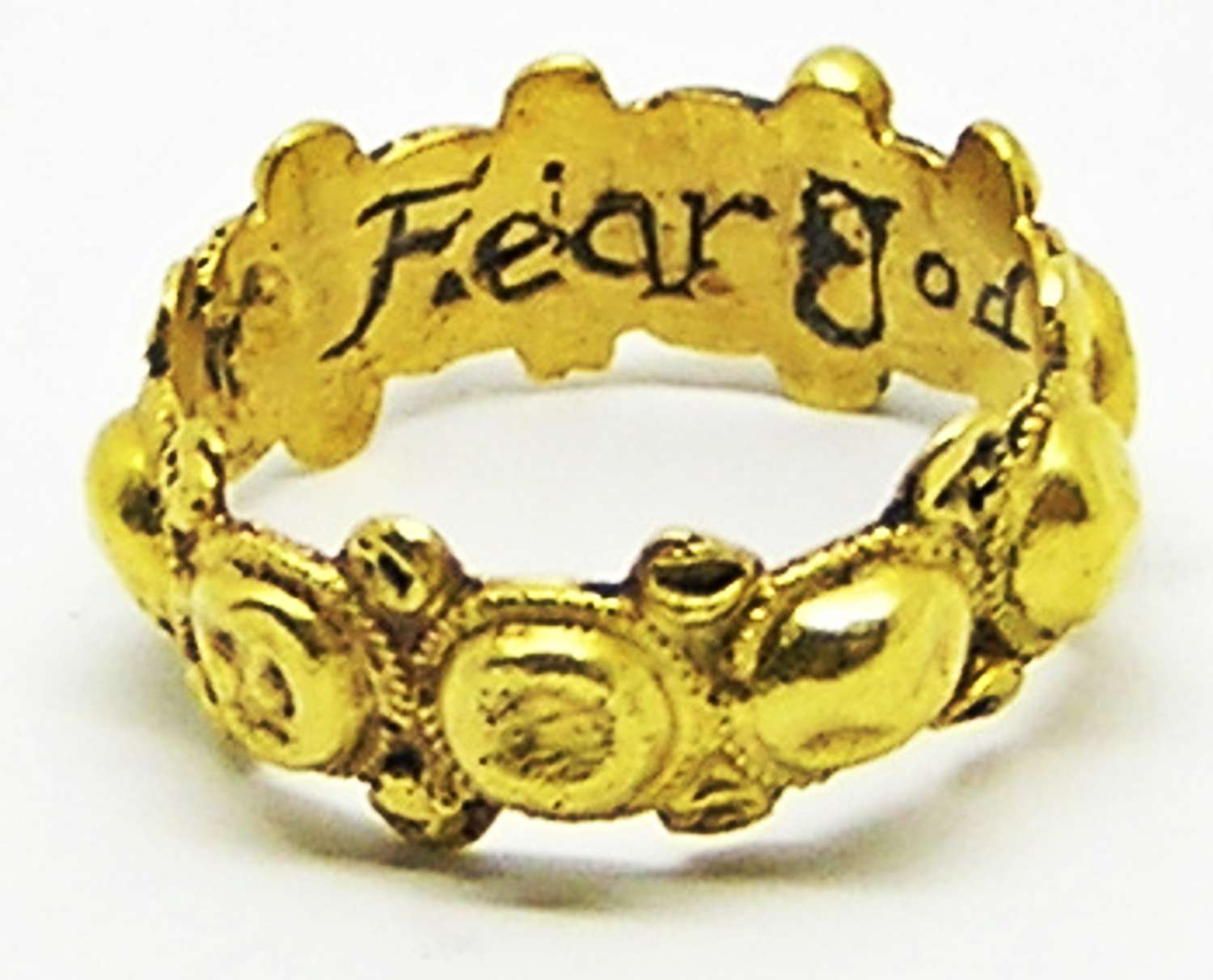 This is an early 17th-century gold posy ring, inscribed with "Fear God above all"  in italic lettering including a makers mark of "IV"as yet unattributed. The sentiment is however recorded (Evans 1931, 35). Posy rings were given by men and women as an expression of love, worn as wedding rings. This example has a decorative band consisting of ten circular bosses with corded borders or twisted rope-like motifs. Between each boss on both sides of the band are smaller rectangular knops with rounded edges. This design has been recorded on other posy rings dated from the late 16th - 17th century. See KENT-2CA863, BERK-118101, NMS-2C9E06, LIN-B6F8A3, this example is intact although displays wear consistent with a long and happy life!

PROVENANCE: From a private collection, Kent. 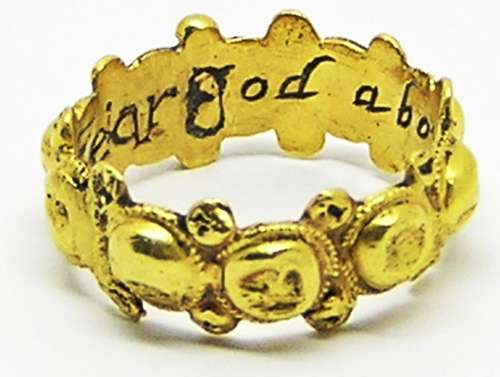 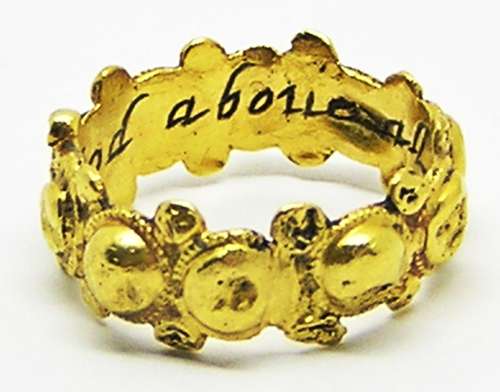 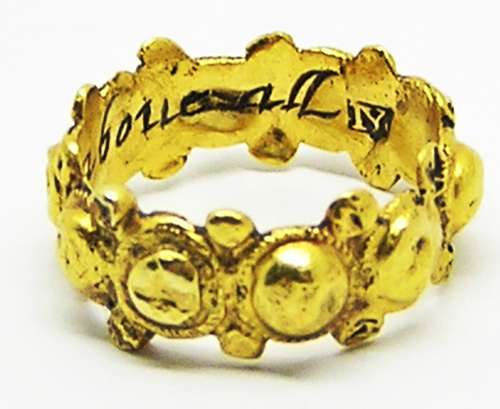 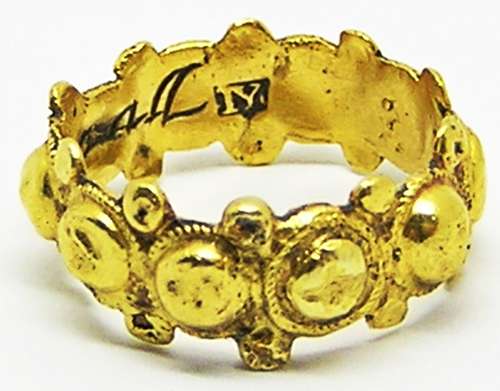 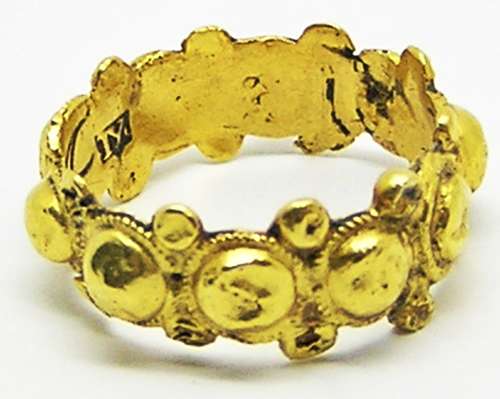 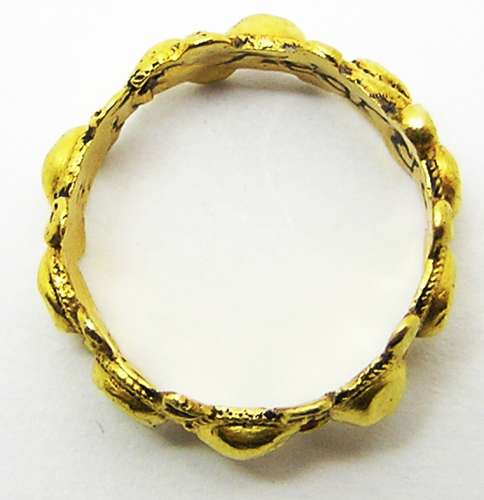 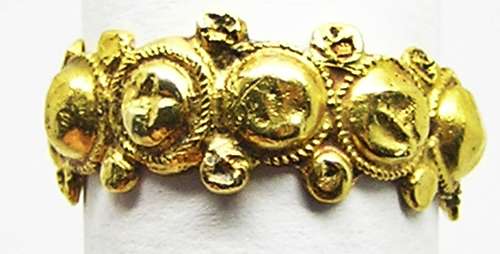 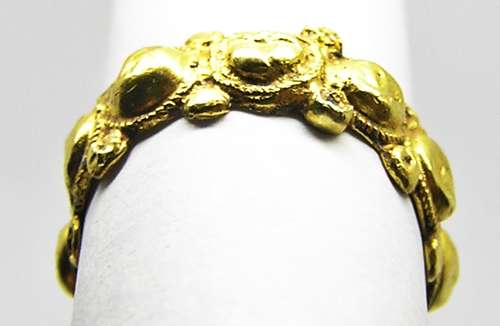