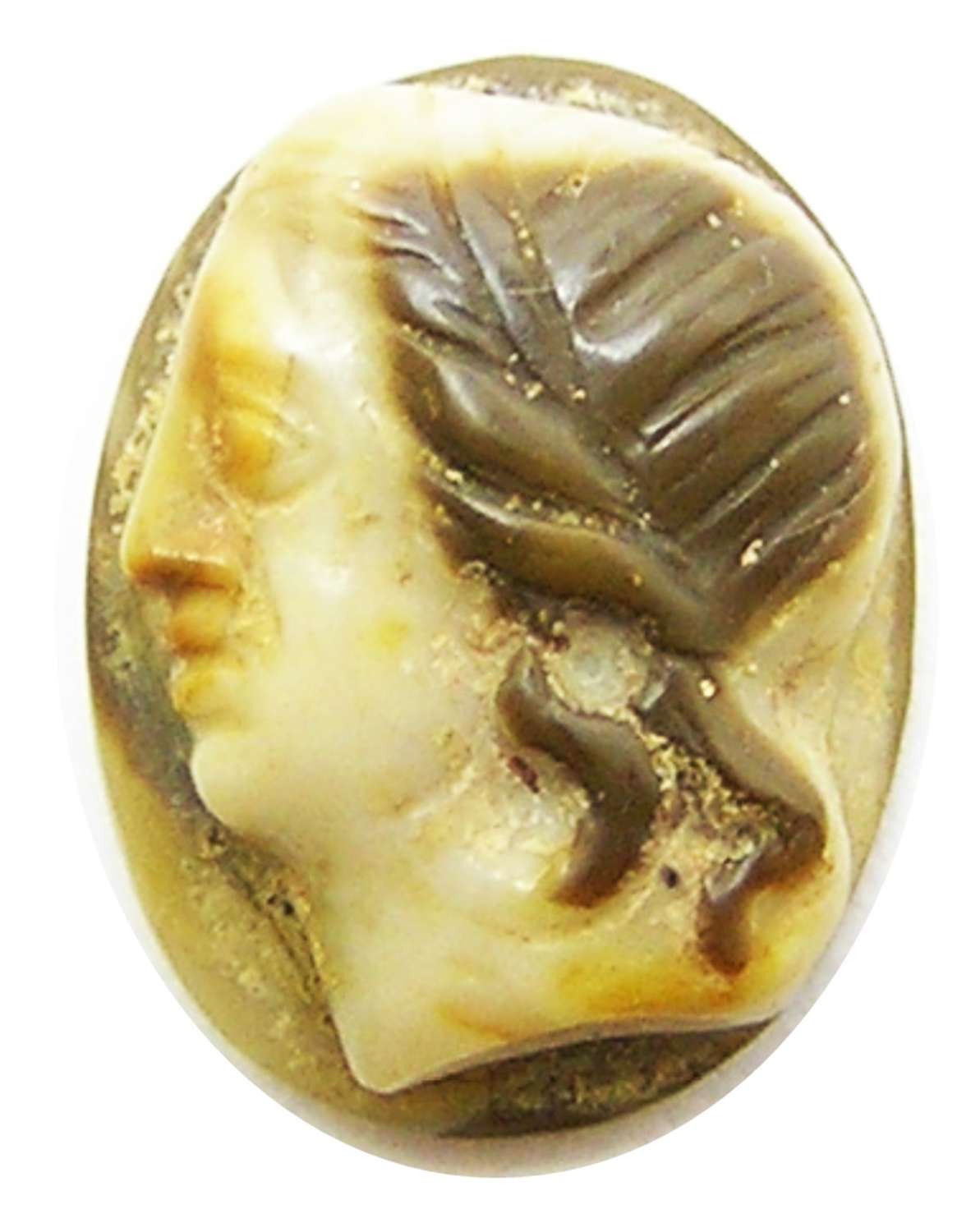 This is an ancient Roman hardstone cameo of Apollo, dating to the 1st century BC/AD. The gem is nicely cut on a three-layer agate. The hair is cut on the brown layer, which overlays the cream/white layer of the face, again with an orange layer for the lips and eyes. The size of this gem would indicate it was originally set into a finger-ring. Apollo is the god of healing, medicine, archery, music, poetry and the sun. It is a very nice Augustan period piece, original and in excavated condition. 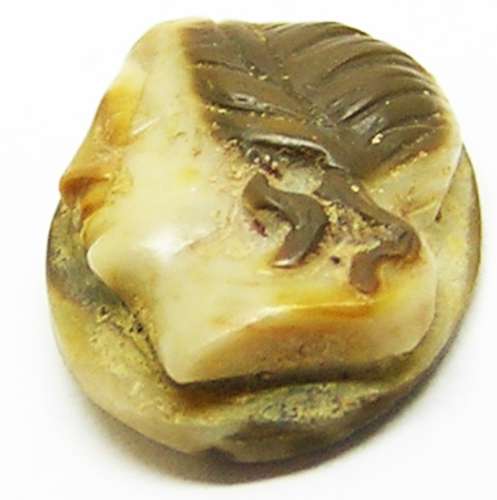 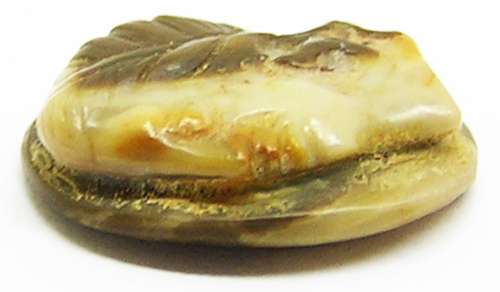 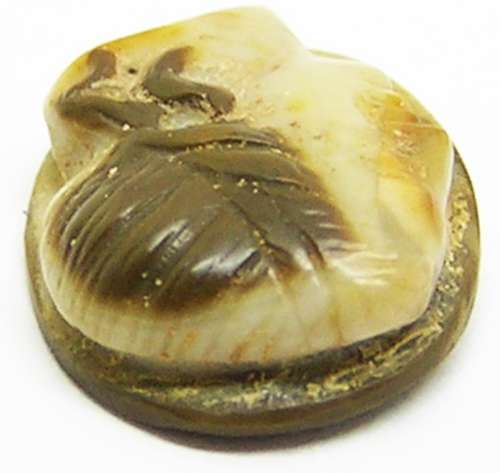 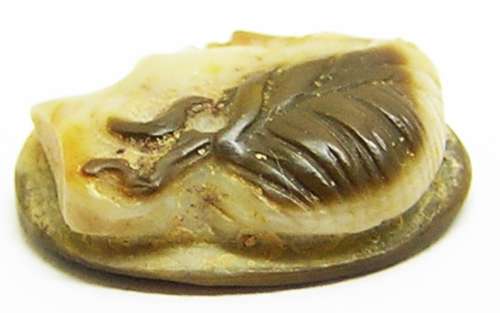 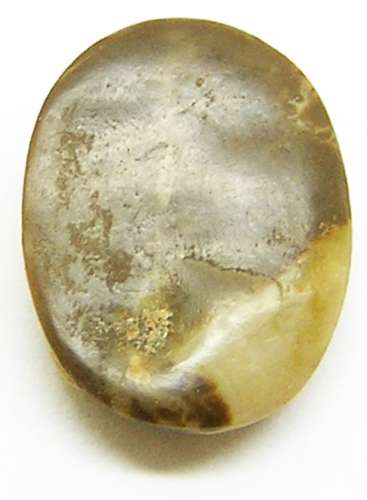 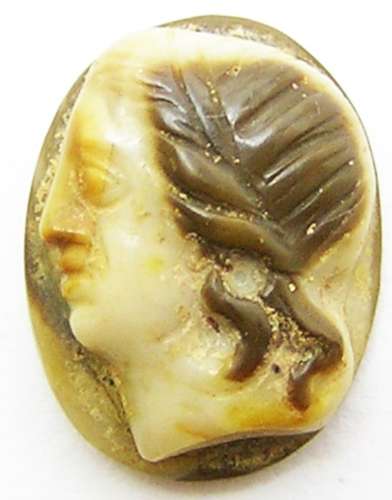 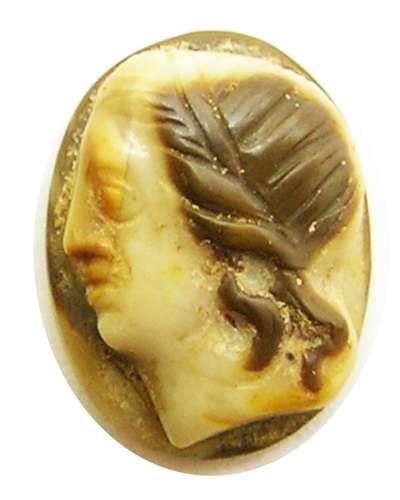