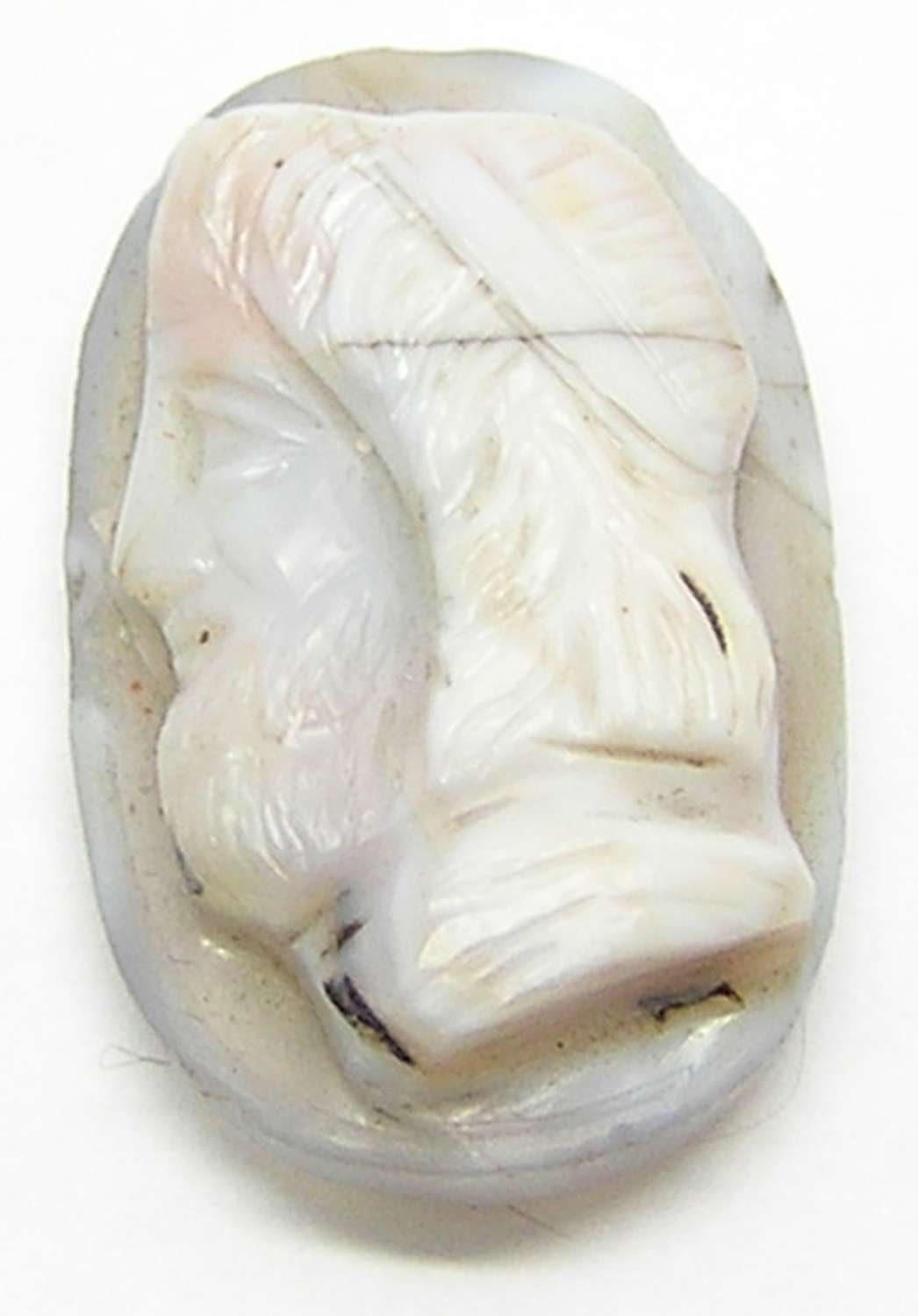 This is an ancient Roman hardstone cameo of Jupiter (Zeus) dating to the 1st - 2nd century AD. The gem is nicely cut on a layered agate, with the portrait on a white layer contrasting with a grey/blue background. The gem is ancient and has in buried as such displays fine striations. The portrait is well cut with detail to the beard and hair. A nice ancient gem in excavated condition. 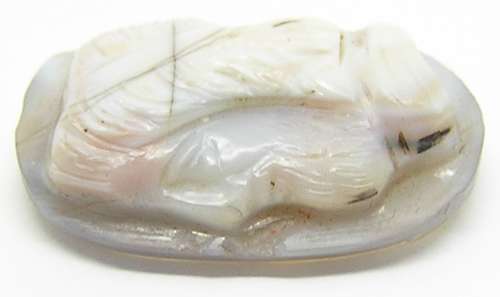 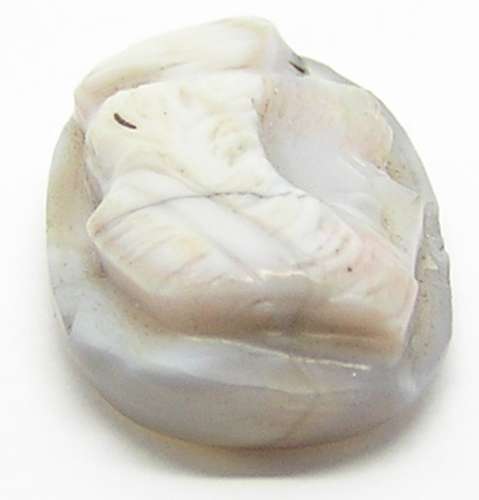 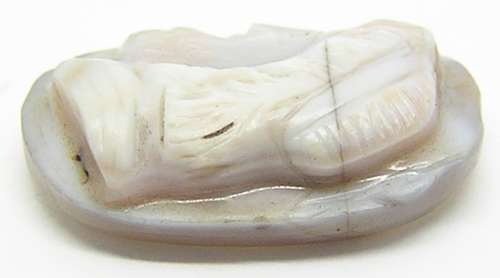 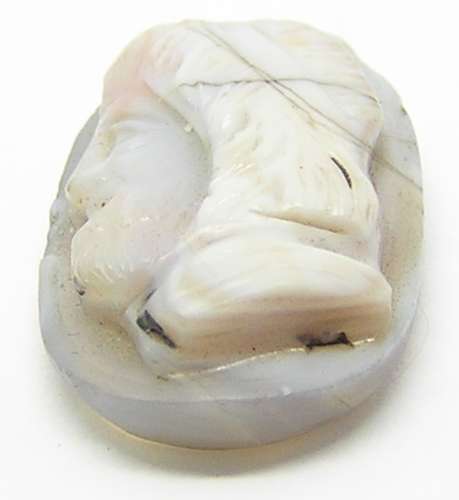 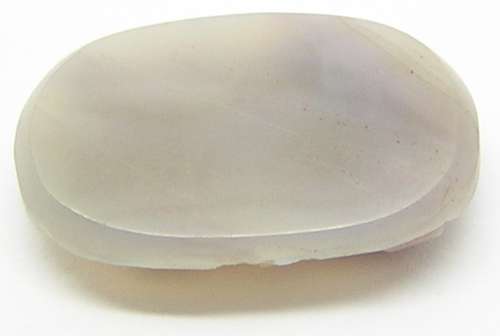