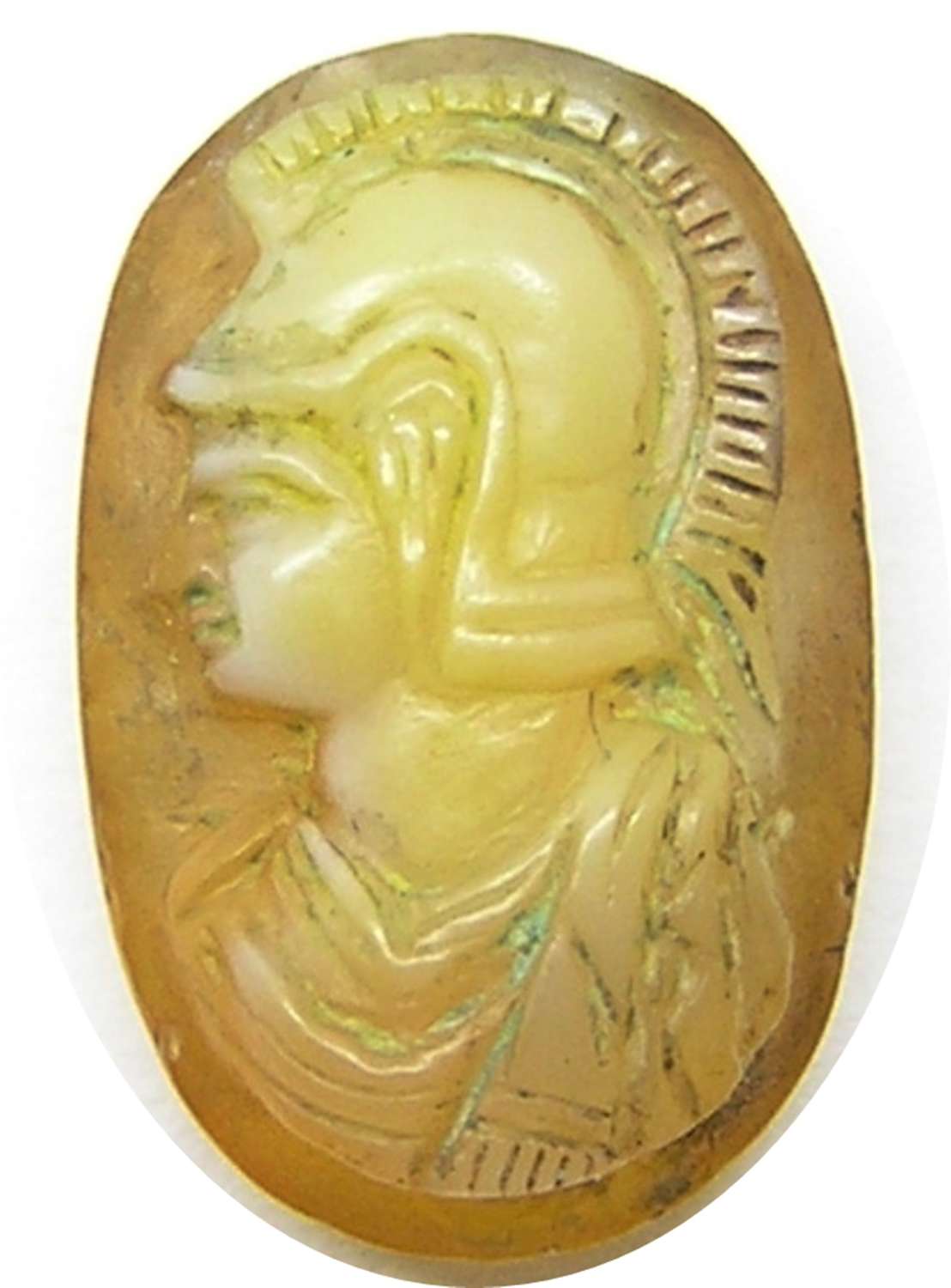 This is an ancient Roman hardstone cameo of the goddess Minerva (Athena) dating to the 3rd - 4th century AD. The gem is nicely cut on two-layer sardonyx, with the background of an orange sard. Minerva is cut on a paler white/golden layer, which contrasts with the background. The size of this gem would indicate it was originally set into a pendant. Minerva was the goddess of wisdom, her portrait functioned as an amulet, placing the wearer under her protection. Minerva was a popular motif for such amulets. In mythology, she was often a protector of heroes such as Herakles or Theseus. She was also connected with practical activities like skilled crafts and healing. 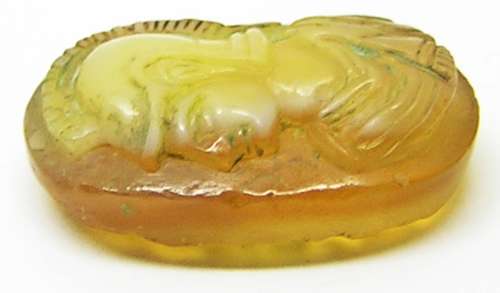 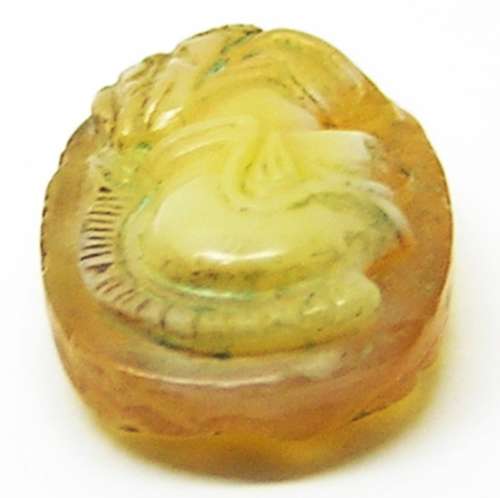 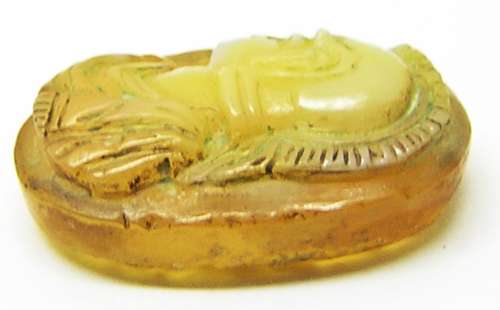 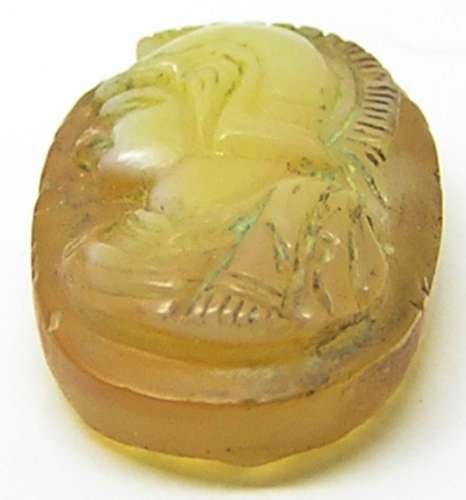 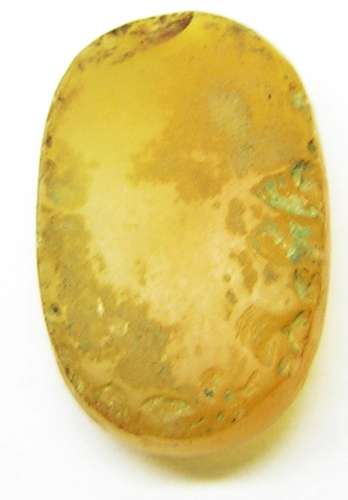 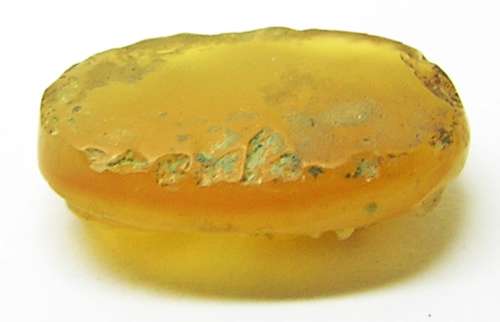