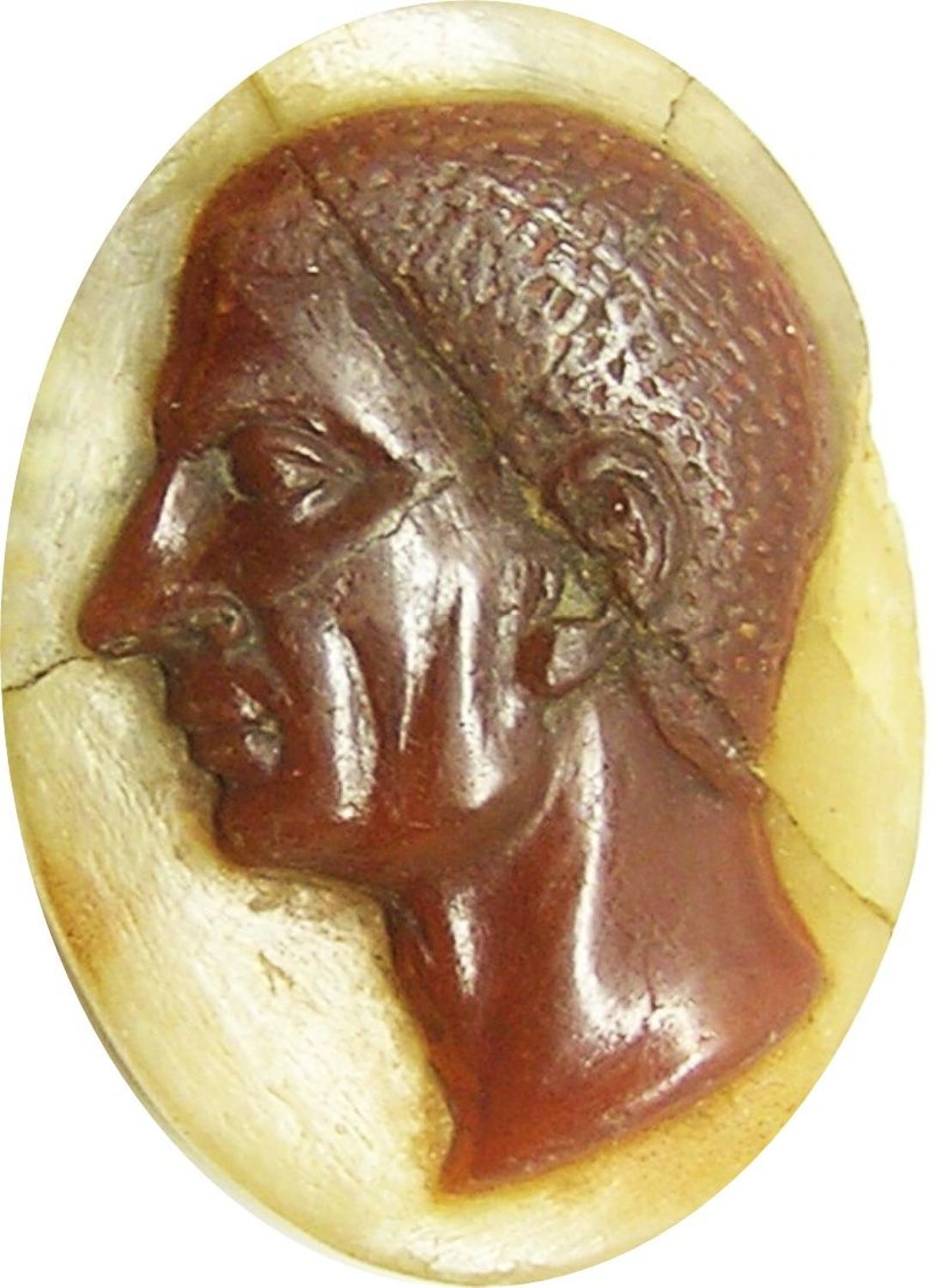 This is a large and impressive ancient Roman hardstone cameo, dating to the 2nd century B.C. This cameo is boldly sculpted in natural layers of the gemstone, with a portrait of Publius Cornelius Scipio Africanus, a Roman general and later consul (who is often regarded as one of the greatest military commanders and strategists of all time).

The shaved head, nose, forehead and chin all perfectly fit with contemporary portraiture of this general (on coins here, bronze and marble. Also from my research, the Hellenistic Greek layered sardonyx cameos of the 2nd century B.C. also utilize the red on top of the white background (see here and here). Scipio was a known Hellenophile, his love of Greek art was derided by his enemies in the Senate, thus, in my opinion, he would have been perfectly suited to employ a Greek artist to sculpt his likeness into a cameo, either as a military gift/reward or as a gift for family and friends. The workmanship appears Greek, but with a twist of Roman Republic. It is certainly a very ancient cameo, not a later 19th-century copy. It bears fractures from great age, however, most ancient gems held by the major museums of the world all have cracks and repairs, so I suppose it is just hard-won battle scars of time!

An interesting feature of this piece that I thought was the use of the red sardonyx (also known as carnelian) for the portrait, Scipio was born into the branch of the very ancient Cornelia family of Rome. Thus the Carnelian (Cornelian) could be a play on words?

This is a very rare and early Roman cameo, worthy of a fine collection or museum. 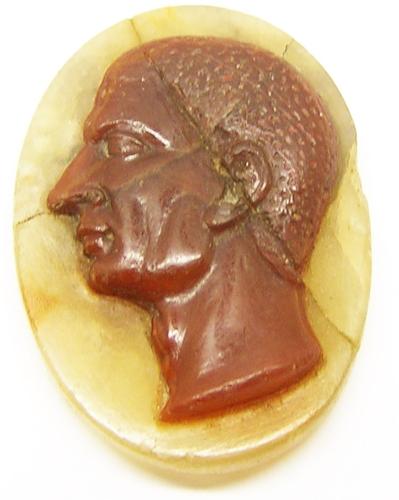 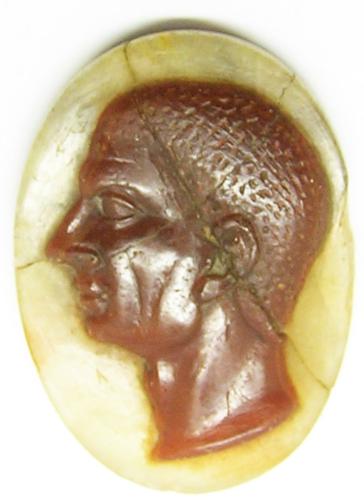 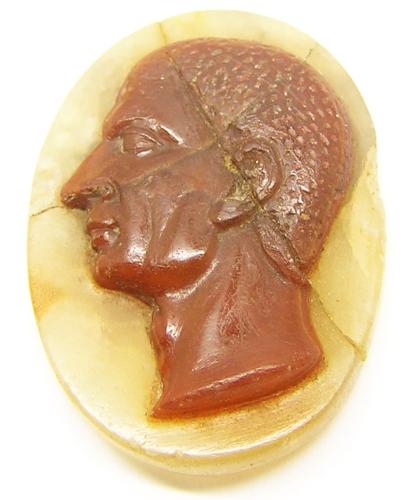 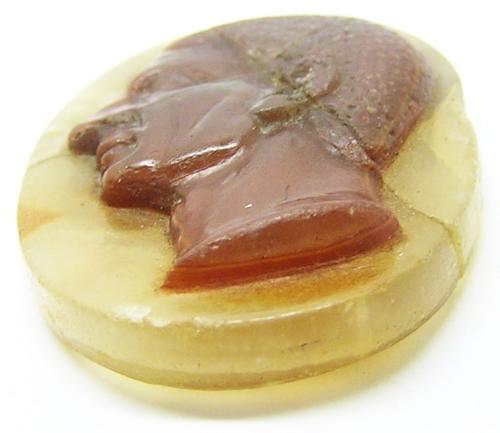 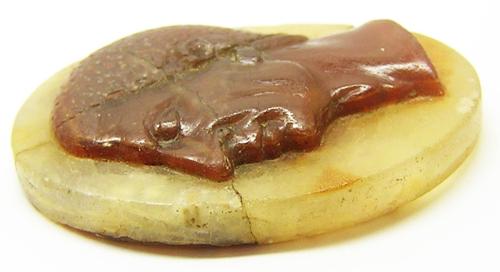 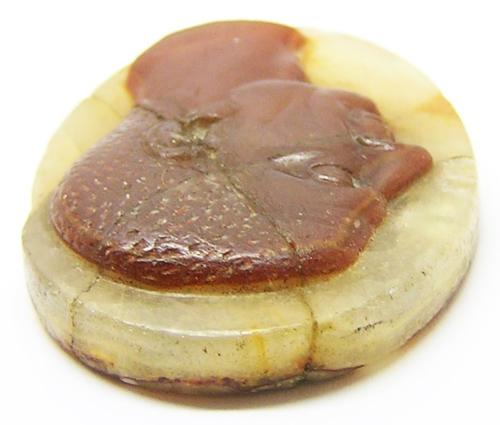 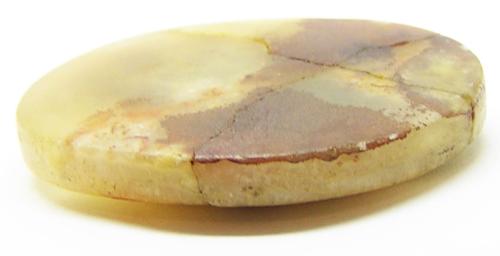 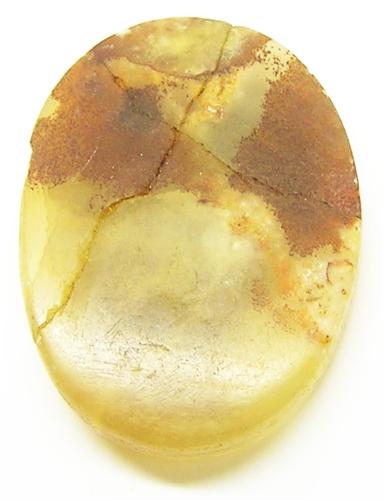 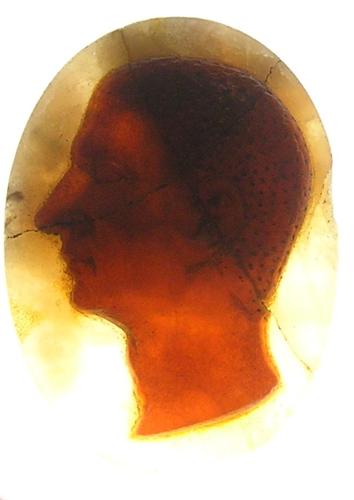 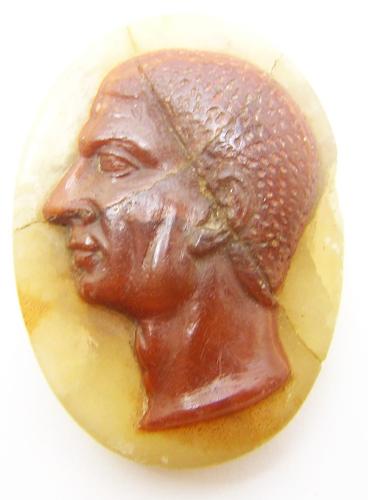 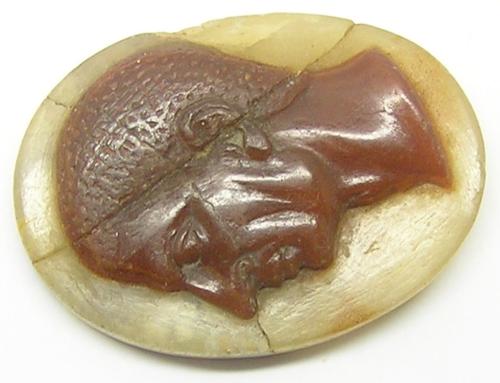