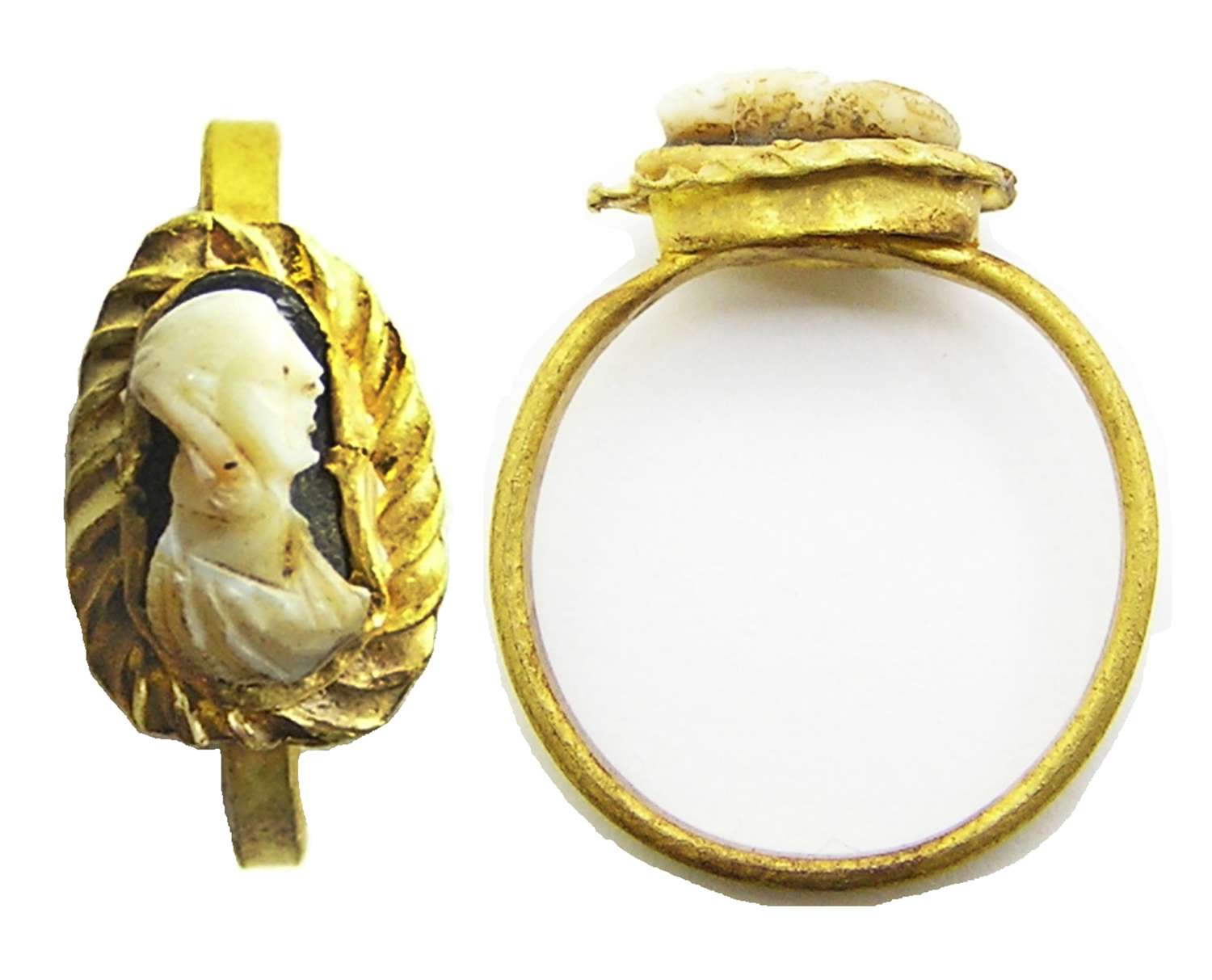 This is an ancient Roman cameo of a lady, it dates to the 3rd century A.D. The blue and white of the hardstone agate is simply cut with a female profile. The cameo is set in a gold finger ring with a raised bezel with a ropework border. A nice early piece of art in wearable condition.

PROVENANCE: Property of European collector acquired on the German Art market prior to 1990s 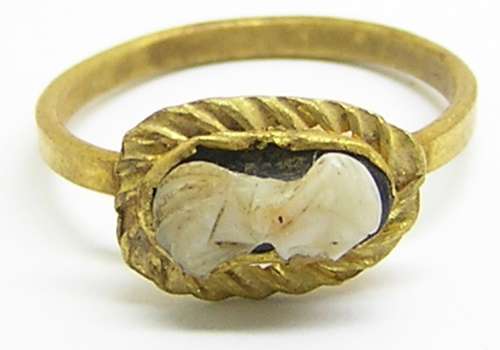 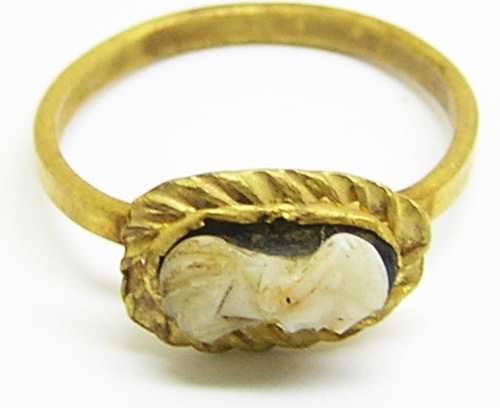 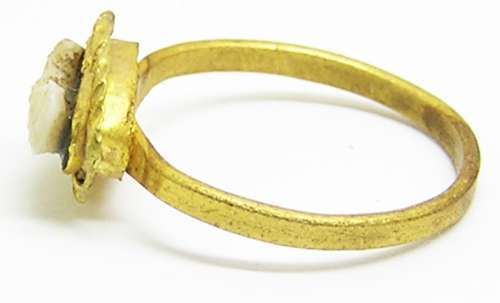 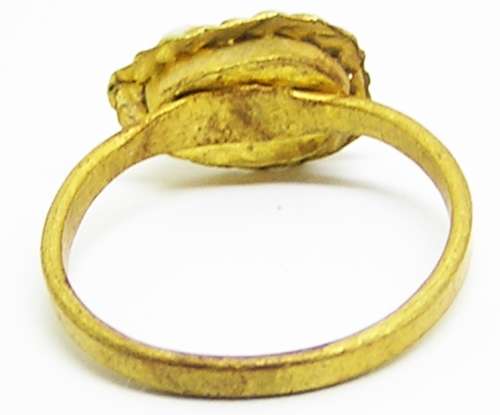 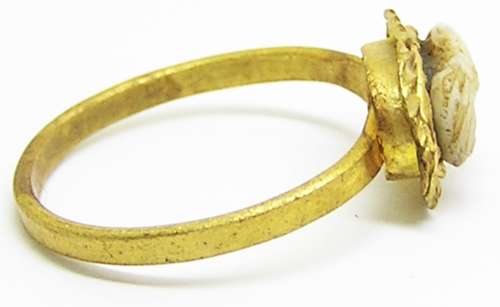 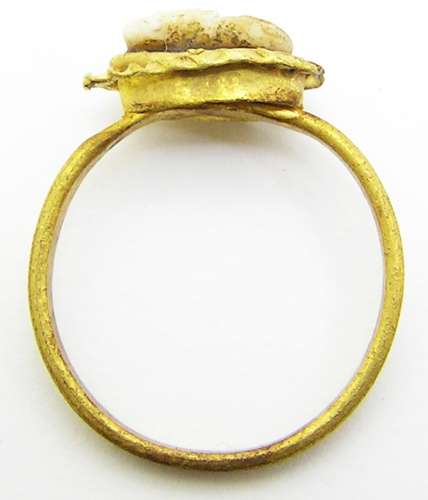 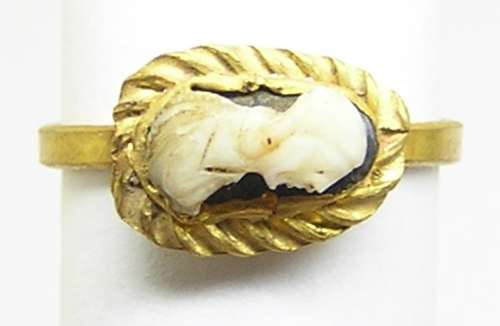 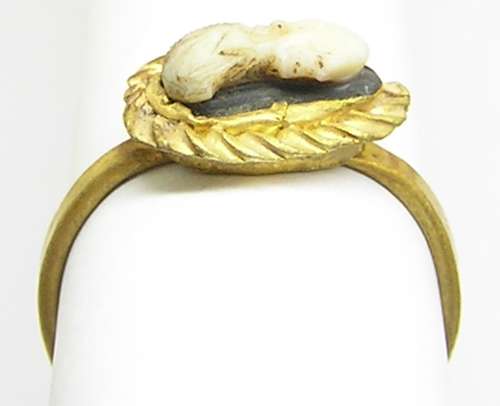 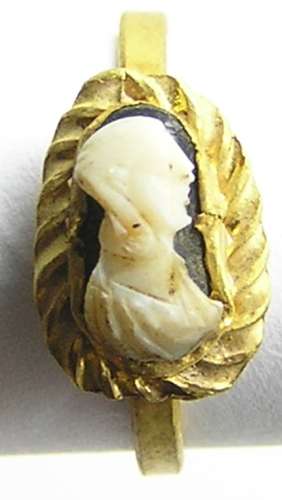 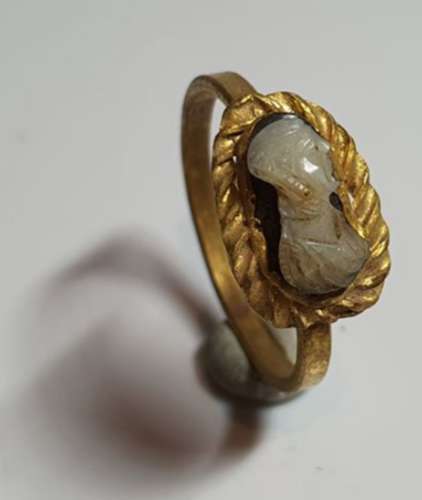 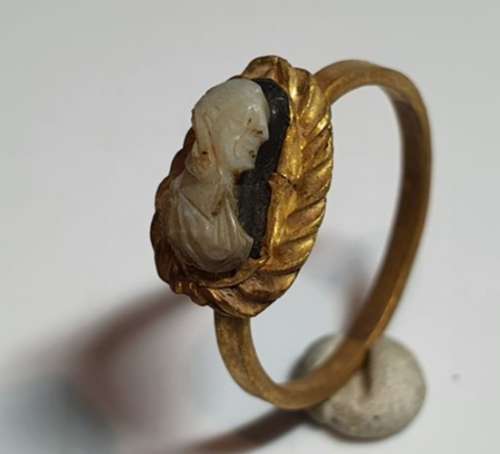