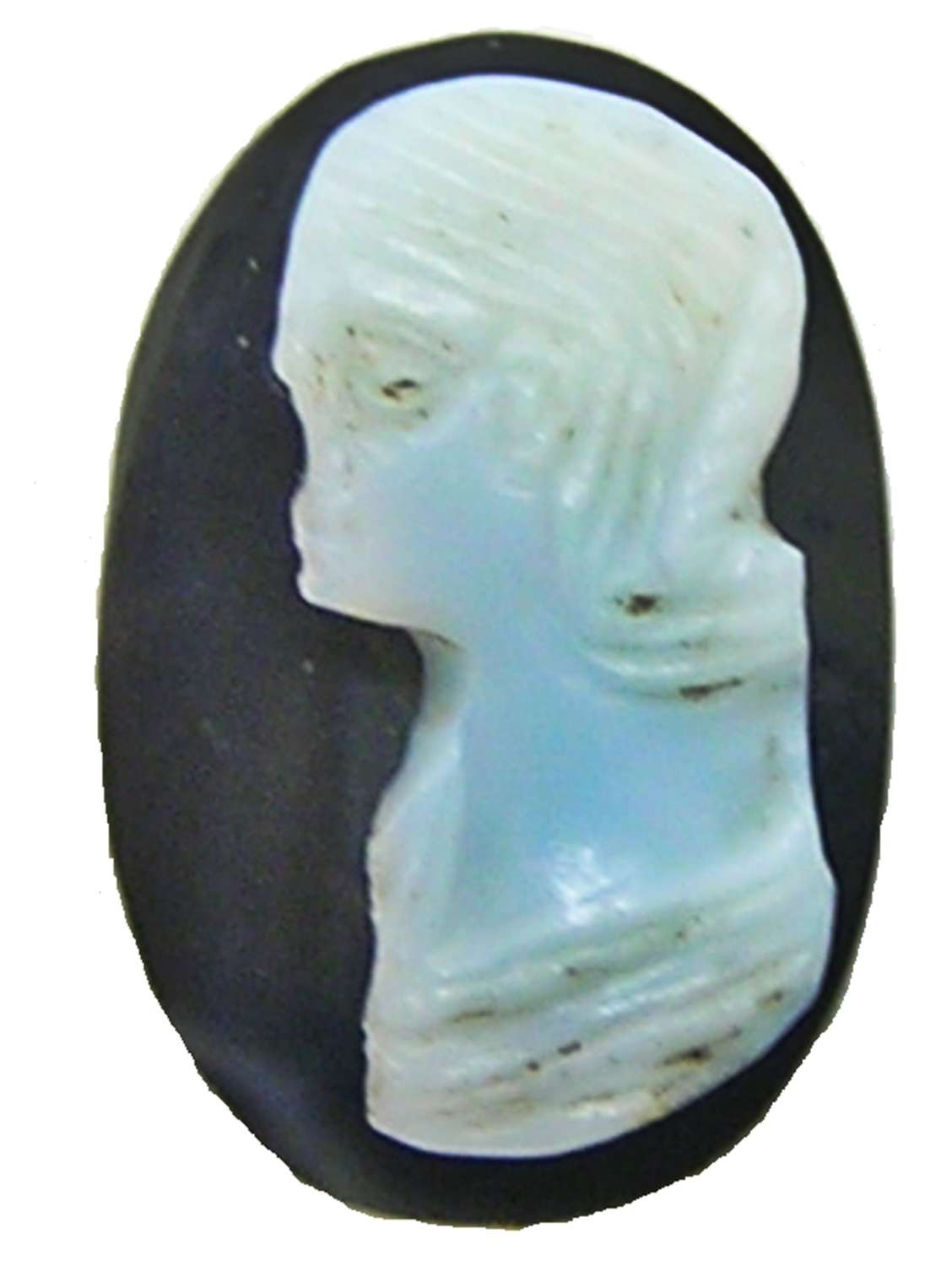 This is an ancient Roman cameo of an empress, it dates to the 3rd century A.D. The blue and white of the hardstone onyx, is cut following the natural contours of the gem, utilizing the white layer for the bust, contrasting with a blue-black background. The back of the cameo is rough and partly polished. Sadly she bears a chip to the nose, but is otherwise intact and very rare! 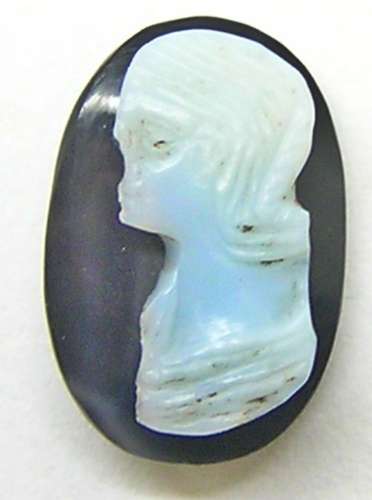 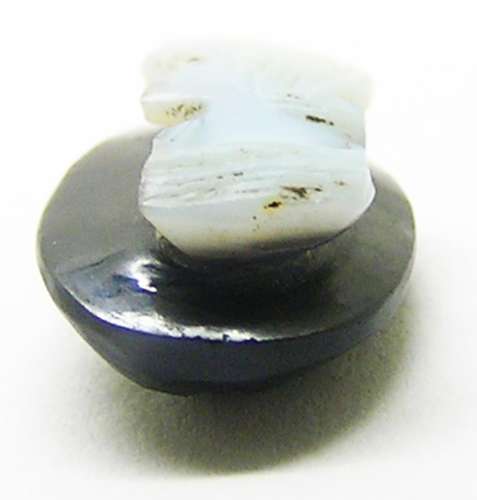 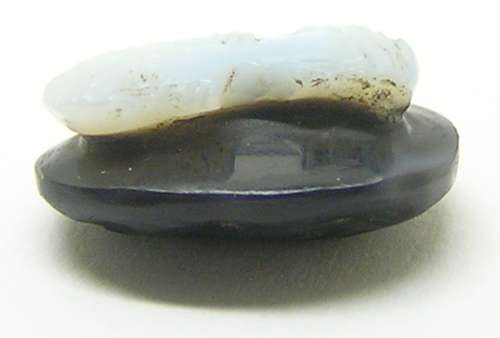 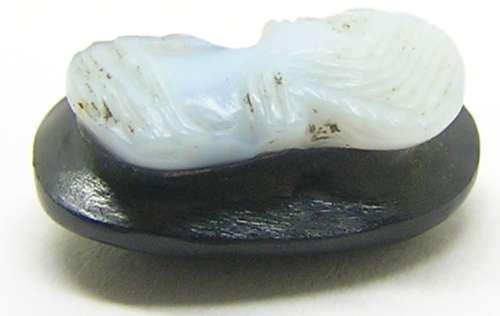 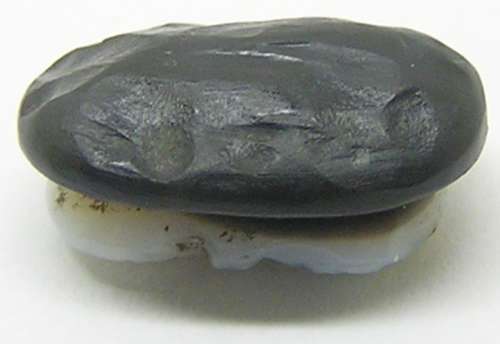 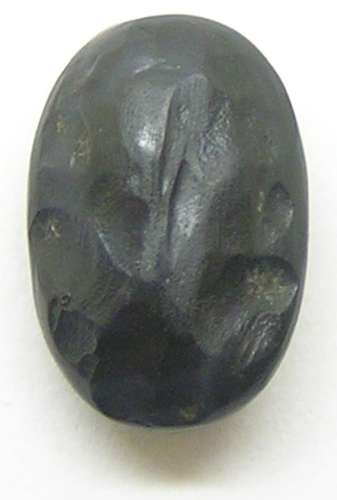