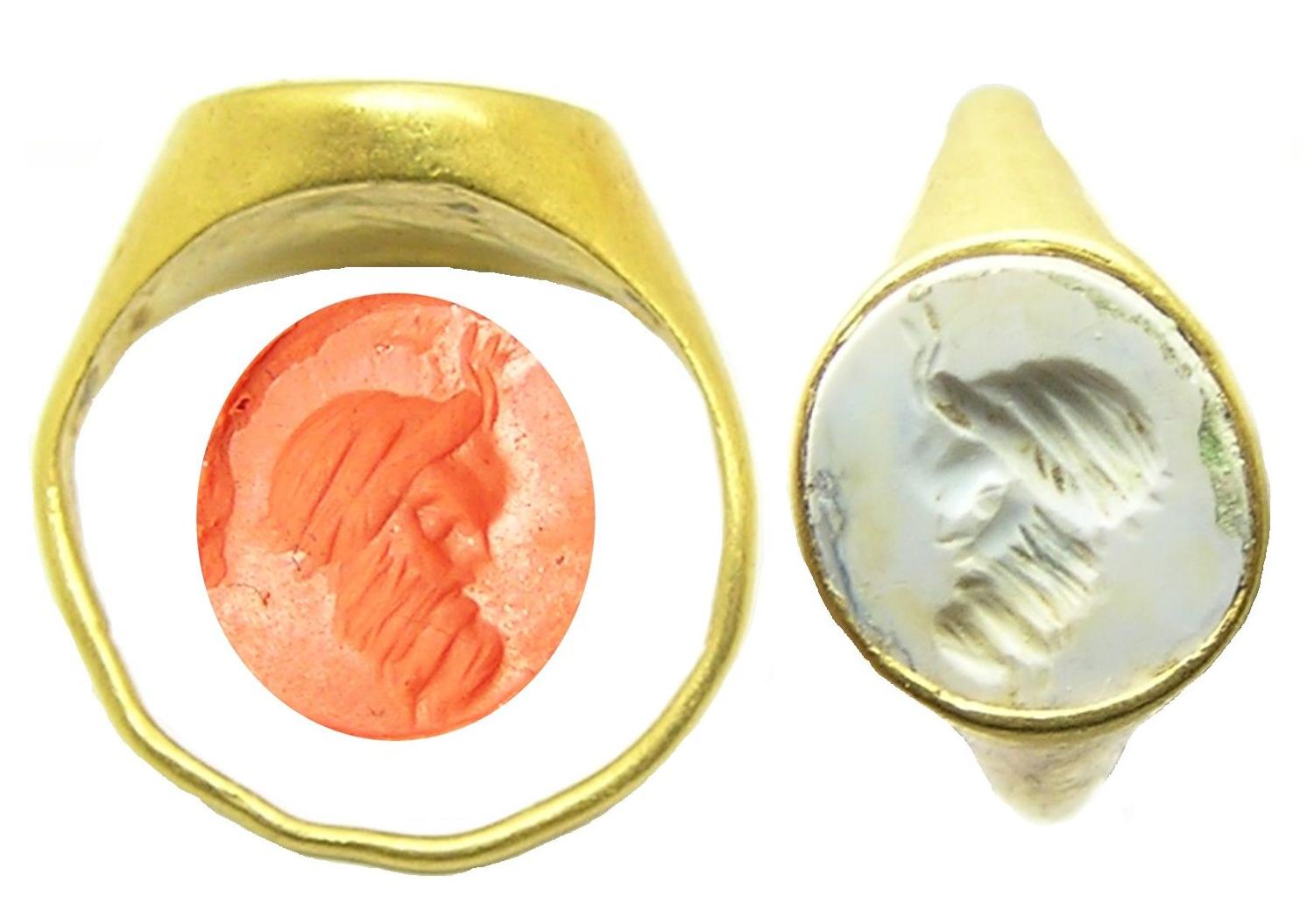 This is an ancient Roman gold intaglio ring, dating to the 2nd century A.D. It is set with the original intaglio, simply cut with a representation of the god Faunus. He is one of the oldest gods of ancient Rome, associated with the forest, nature and fields. He came to be equated in literature with the Greek god Pan. Interestingly a set of thirty-two 4th-century spoons found near Thetford in England in 1979. They had been engraved with the name "Faunus", and each had a different epithet after the god's name. The spoons also bore Christian symbols, and it has been suggested that these were initially Christian but later taken and devoted to Faunus by pagans. The 4th century was a time of large scale Christianisation, and the discovery provides evidence that even during the decline of traditional Roman religion, the god Faunus was still worshiped. As such this ring may date later than the 2nd century A.D. with the simple cutting of this gem reminiscent of 3rd - 4th-century pieces.

The ring has survived intact and wearable, the intaglio much patinated with age, but originally likely to have been cut on an orange carnelian gemstone. 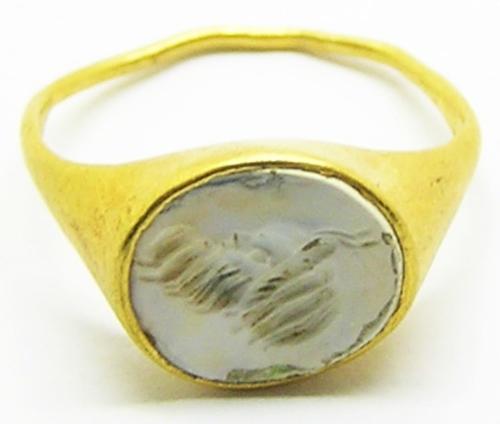 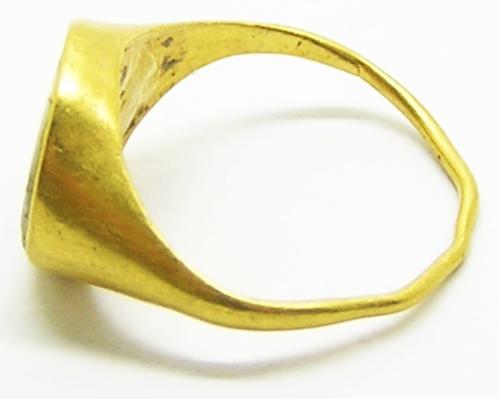 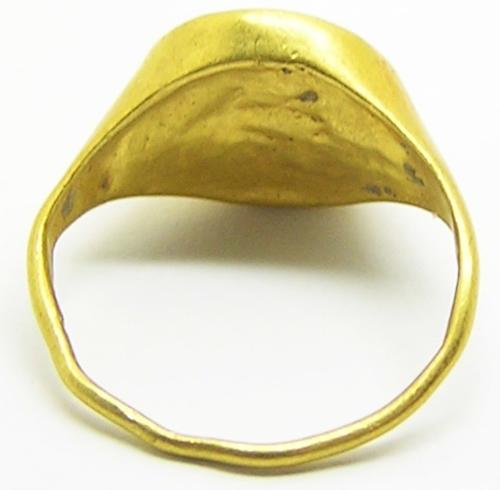 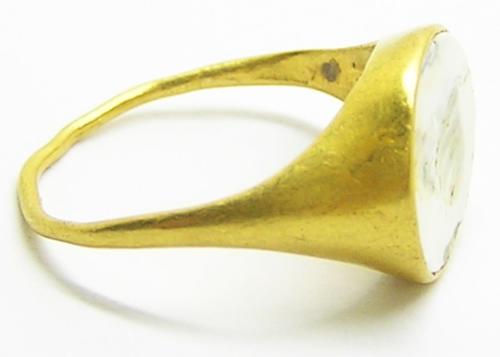 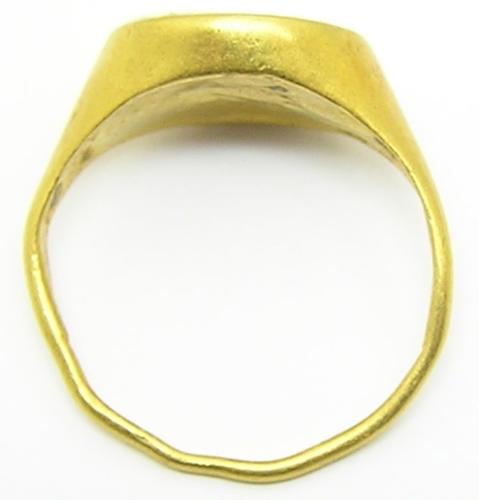 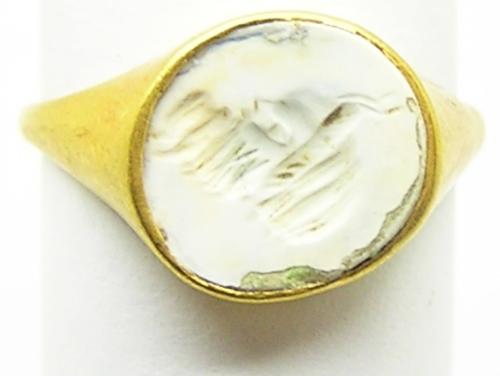 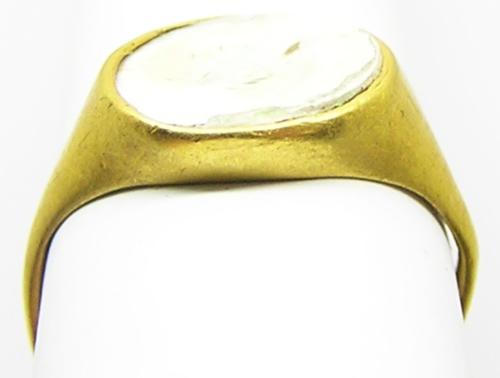 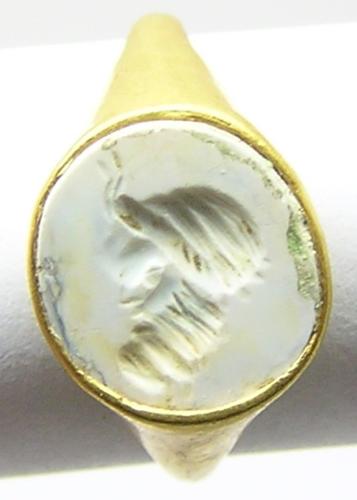 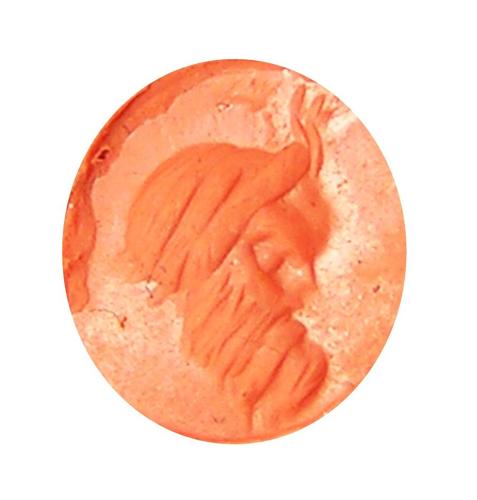