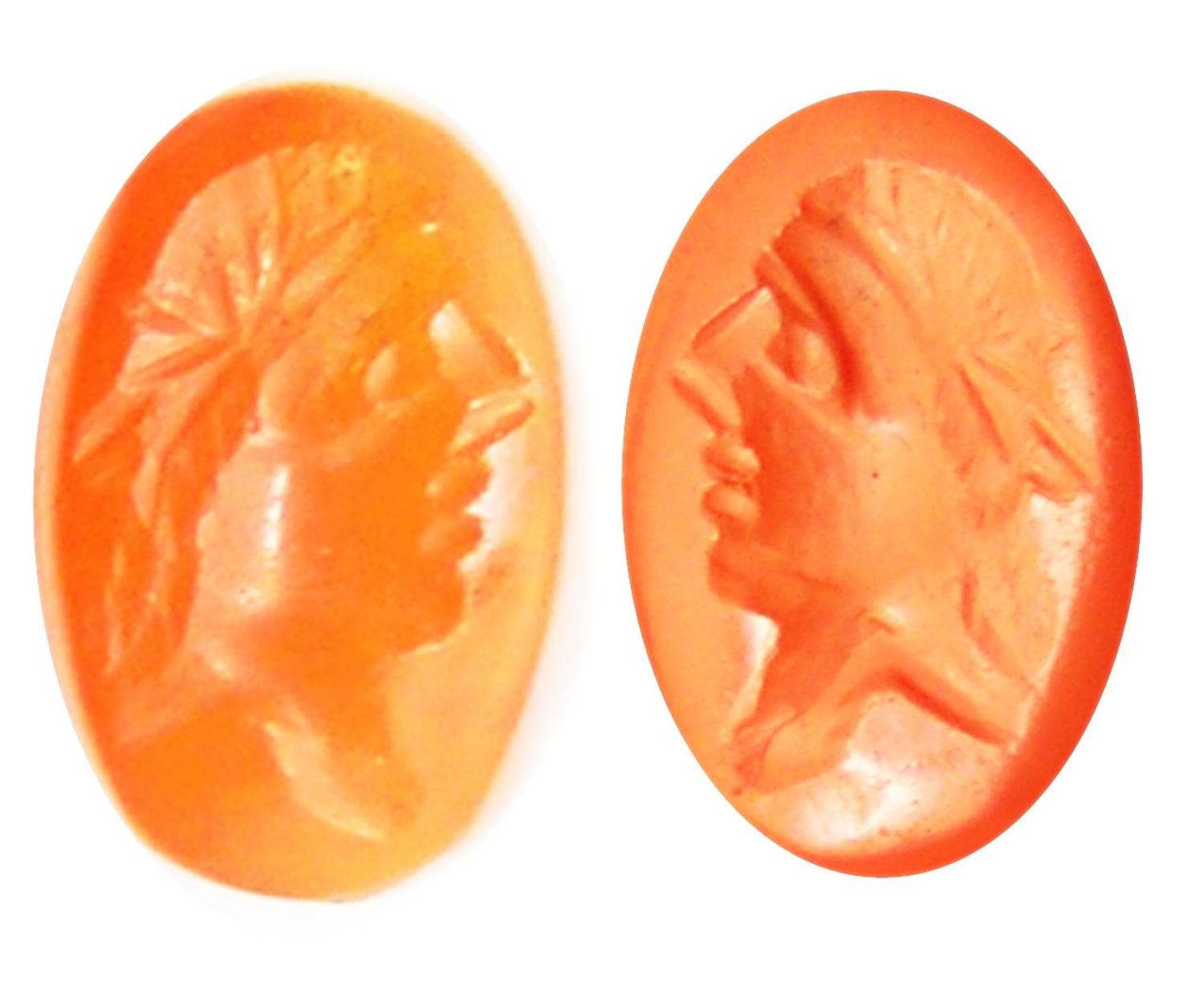 This is an ancient Roman intaglio, dating to the 3rd century A.D. It is simply cut with a profile portrait of an emperor. He is depicted wearing a laurel crown, the stylistic facial features make it hard to attribute to a particular emperor, but Severus Alexander or Elagabalus would certainly fit! Originally this intaglio would have been set into a bronze or silver ring, used as a private signature to seal letters. Today it has survived in good excavated condition, suitable for remounting if one so wishes. 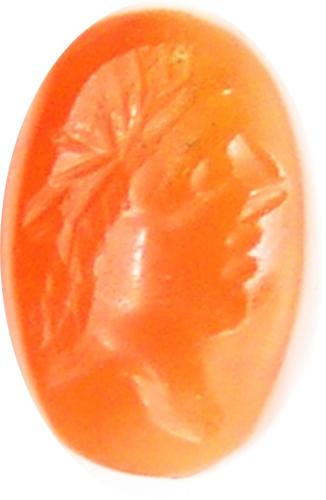 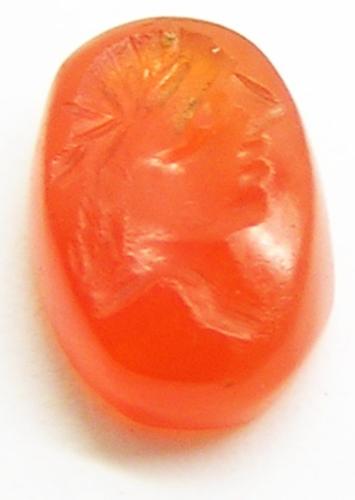 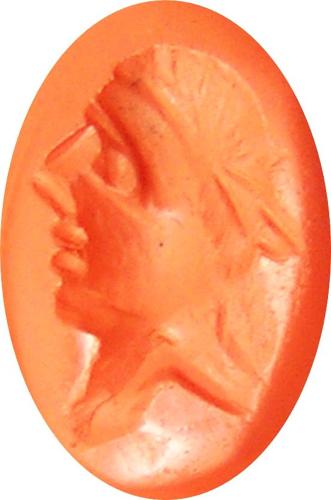 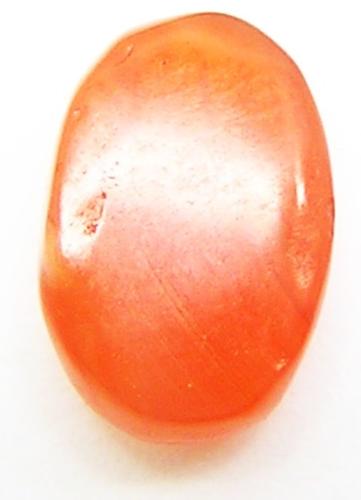