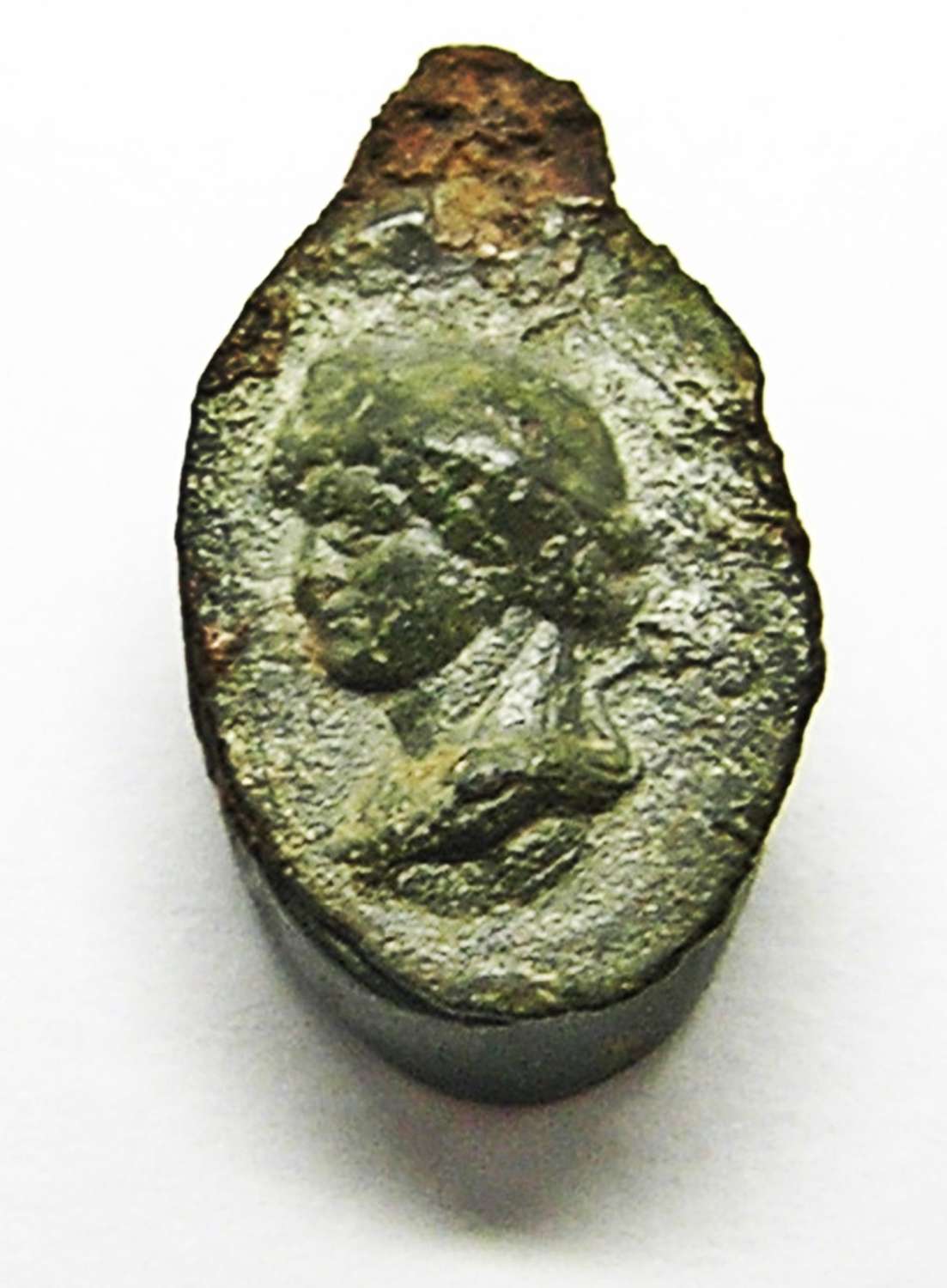 This is a delightful ancient Roman bronze seal box of the god Mercury, dating to the 1st - 2nd century AD. The box is oval in shape and has a hinged lid. It is as excavated and the iron pin has seal the lid shut with corrosion. The lid is decorated with a bust of Mercury (Hermes) wearing a winged petasos and with his caduceus wand behind his shoulder. In ancient Rome Mercury was the god of financial gain, commerce, merchants and travellers. As such, this is a nice subject to protect the wax seal of a merchant, as the contents travelled across the empire! The box is intact and has a nice dark green patina. 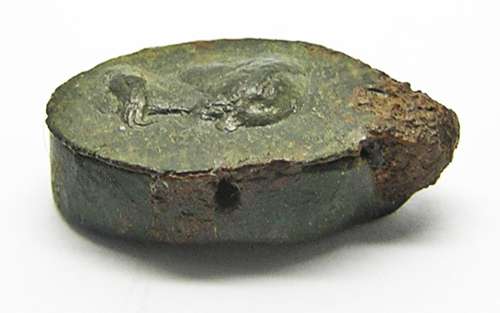 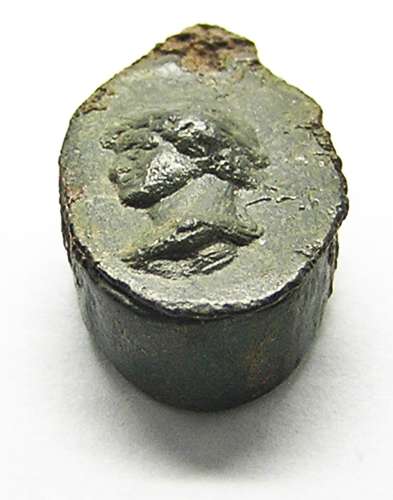 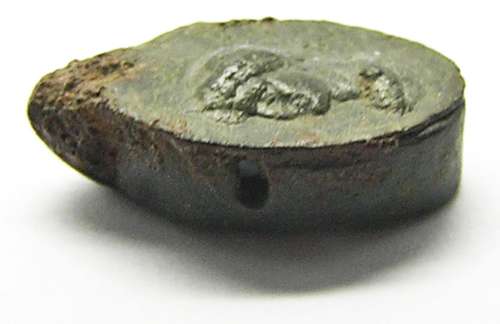 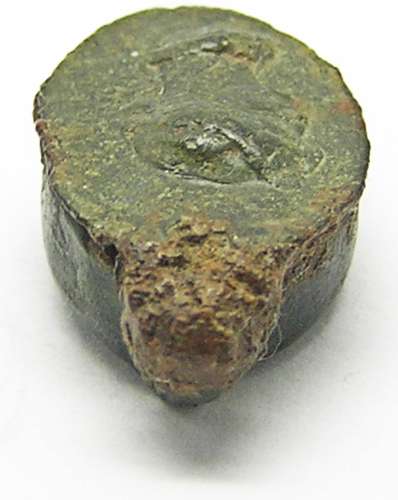 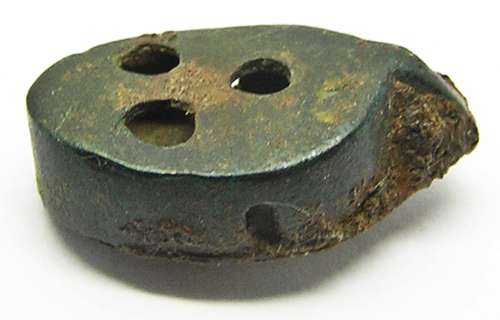 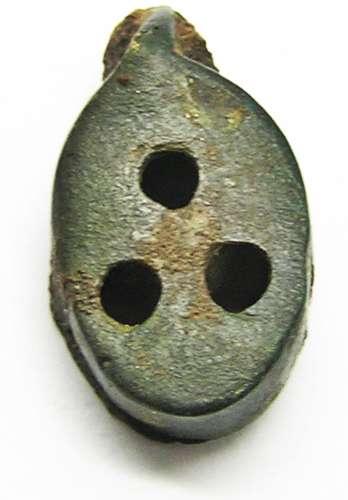 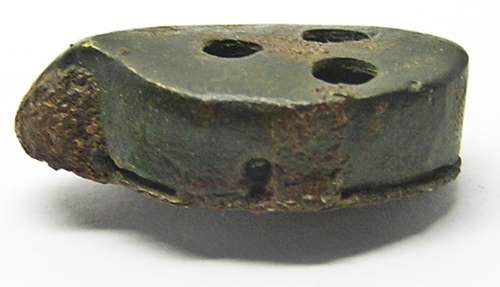