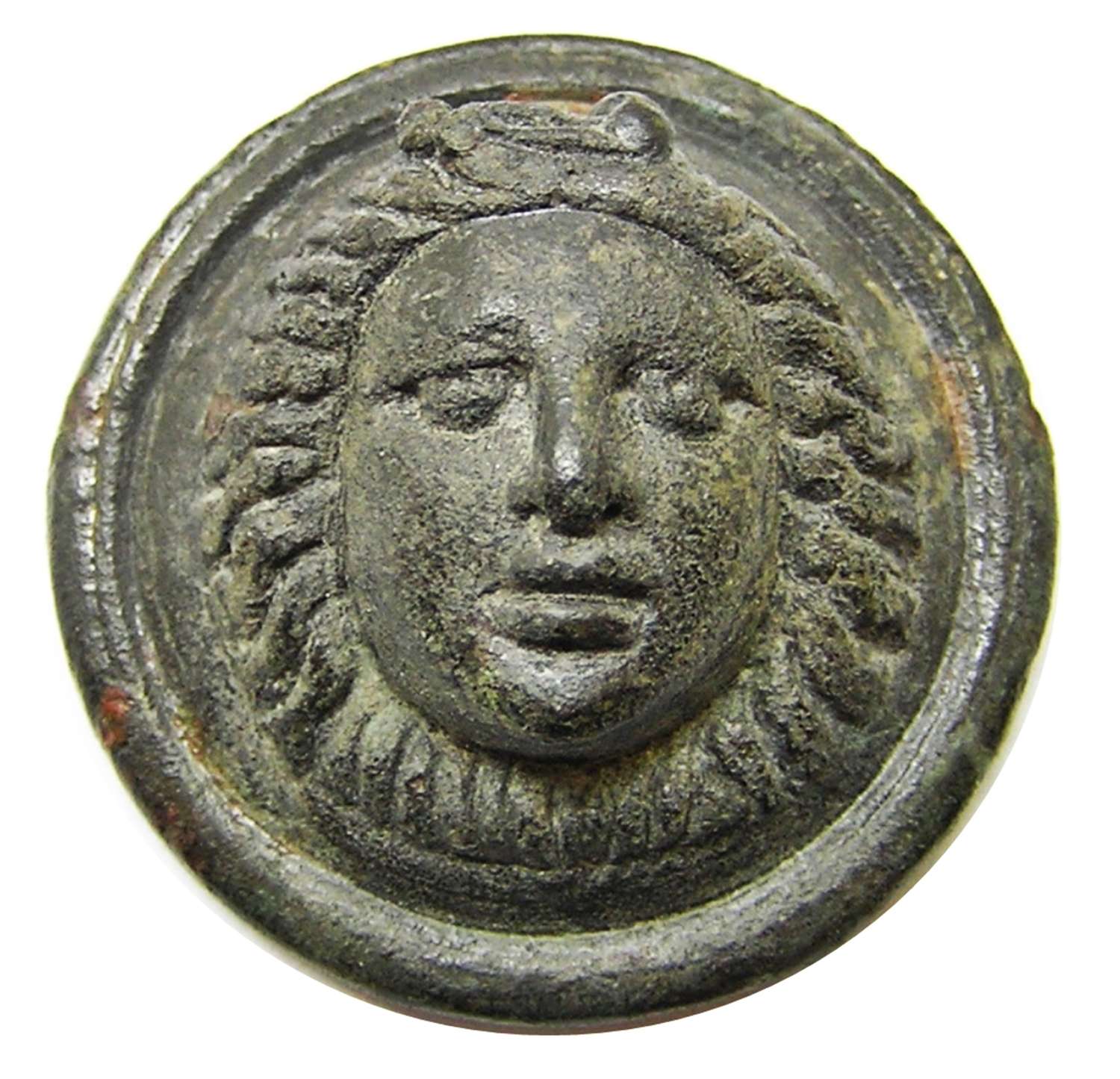 This is an ancient Roman military Phalera, dating to the 1st - 2nd century AD.  A bronze discoid phalera military decoration with raised rim surrounding a gorgoneion facing bust of Medusa modelled in the half-round; traces of iron and attachment studs to the reverse where it would have been secured to a breastplate. The gaze is superb and the modelling of excellent quality with detail to the snakes as hair and her eyes drilled for silver inlay. Such phalera were often awarded to distinguished soldiers and centurions as military medals. The Gorgon, Medusa, was popular imagery because of the legionaries belief in her apotropaic protective properties. This is an exceptional example in excellent condition with a nice olive green patina. 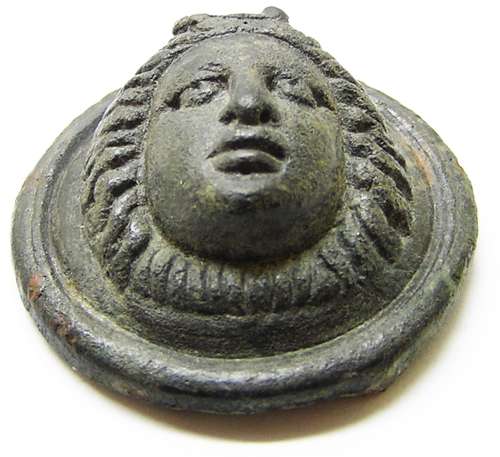 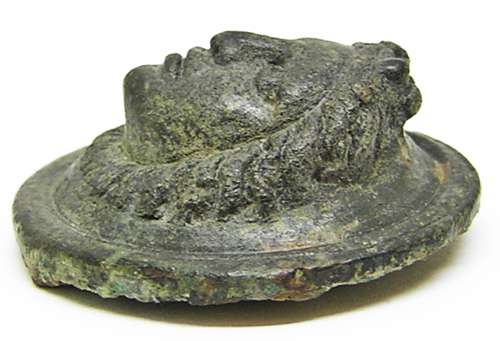 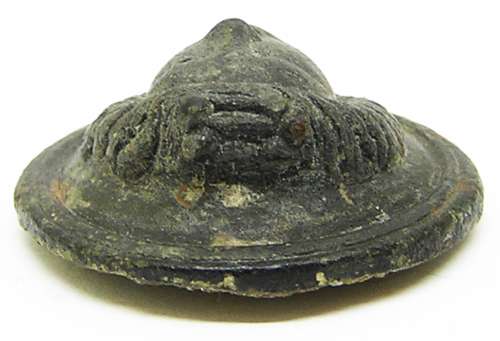 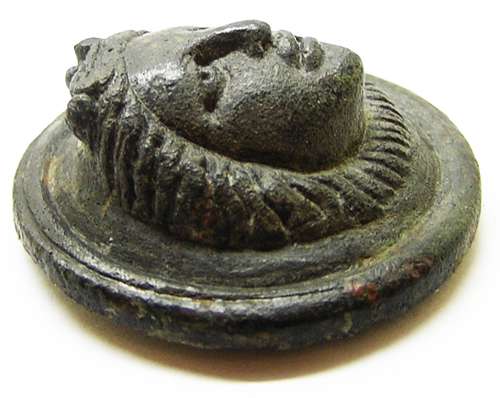 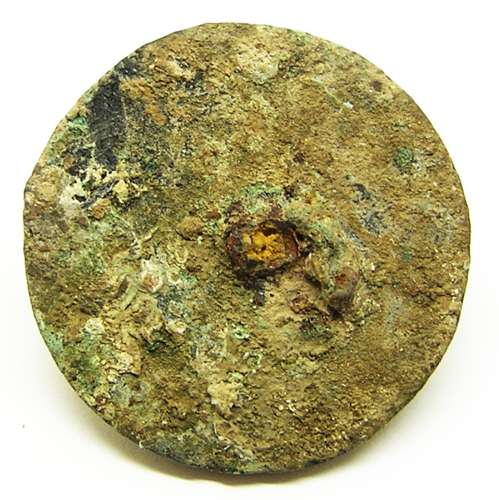 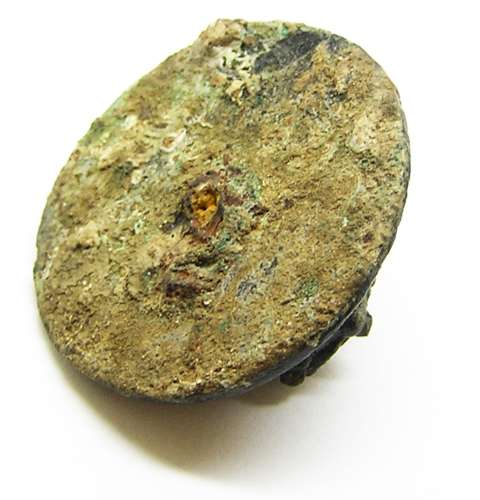 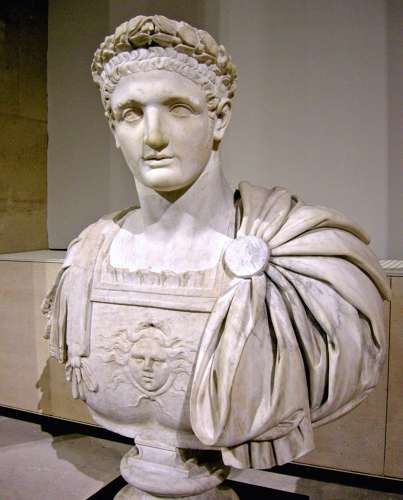 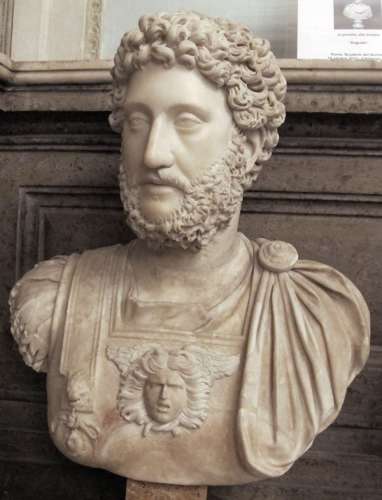