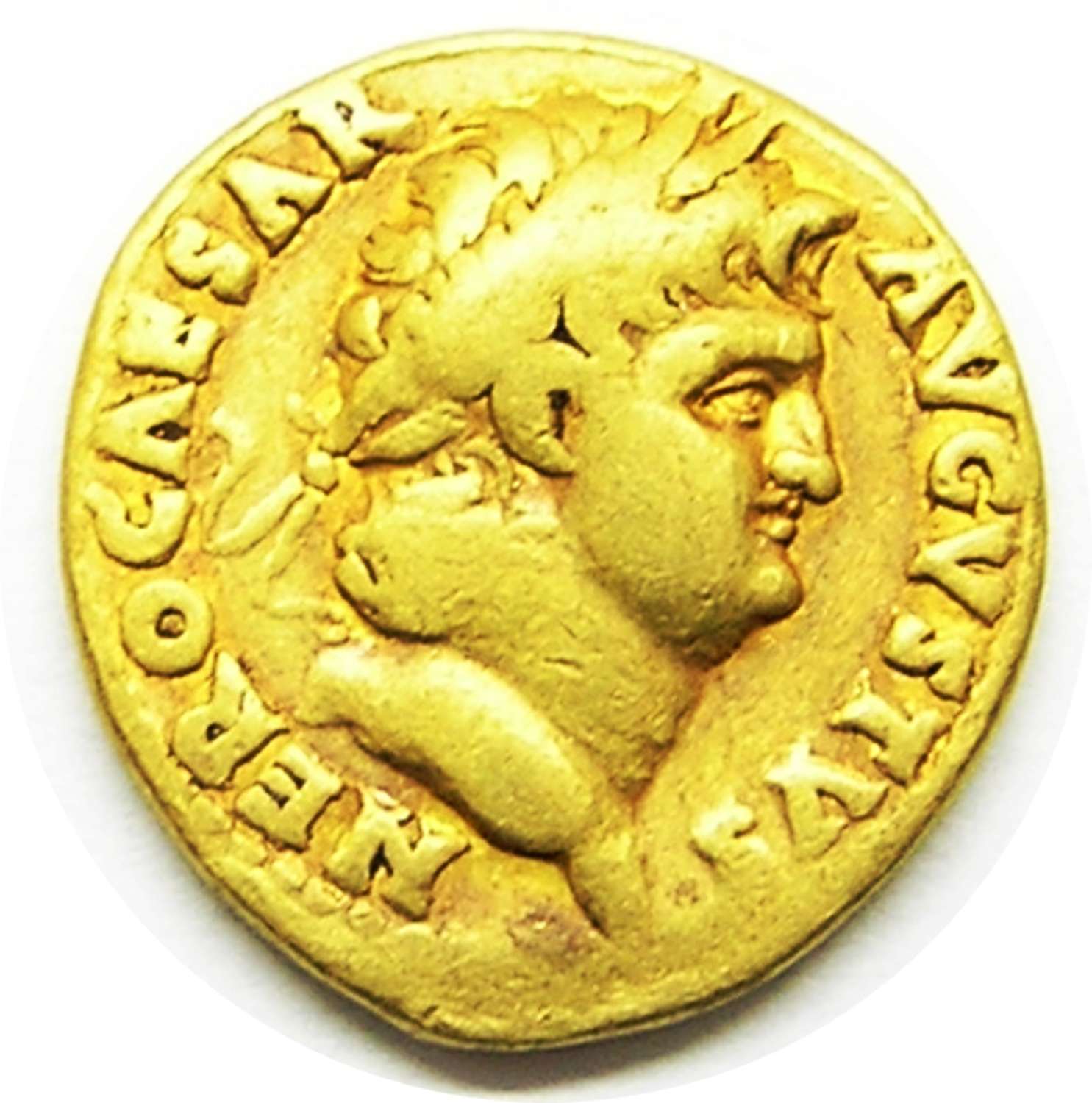 This is an ancient Roman gold Aureus of emperor Nero, struck in Rome between 65 - 66 AD

Jupiter the Guardian (represented by the inscription “Custos” – one who preserves and saves) was attributed with the intervention that saved Nero from assassination in 64 AD (see "A Conspiracy to Assassinate the Emperor Nero").

A very nice coin with a good portrait and full titles.

One of the 12 Caesars Aurei 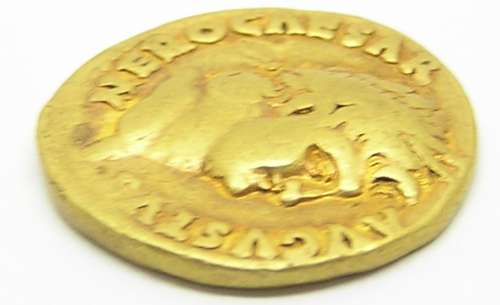 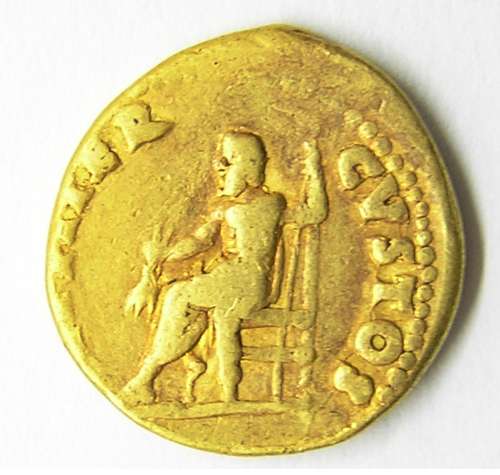 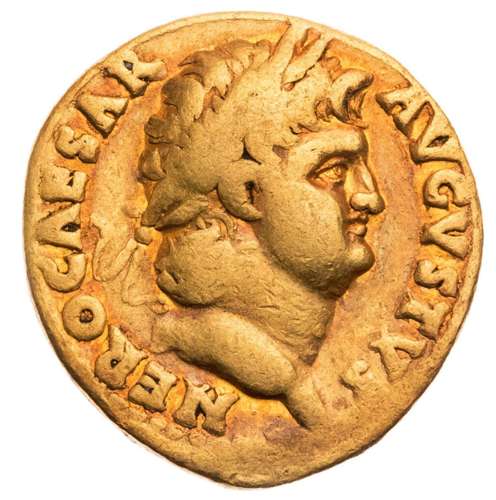 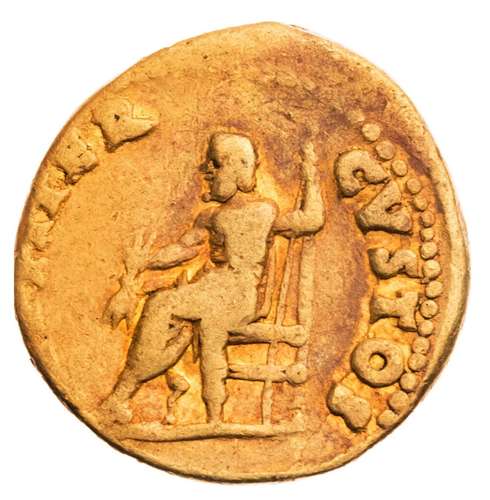 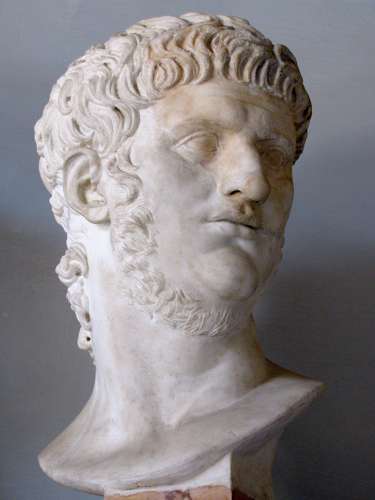