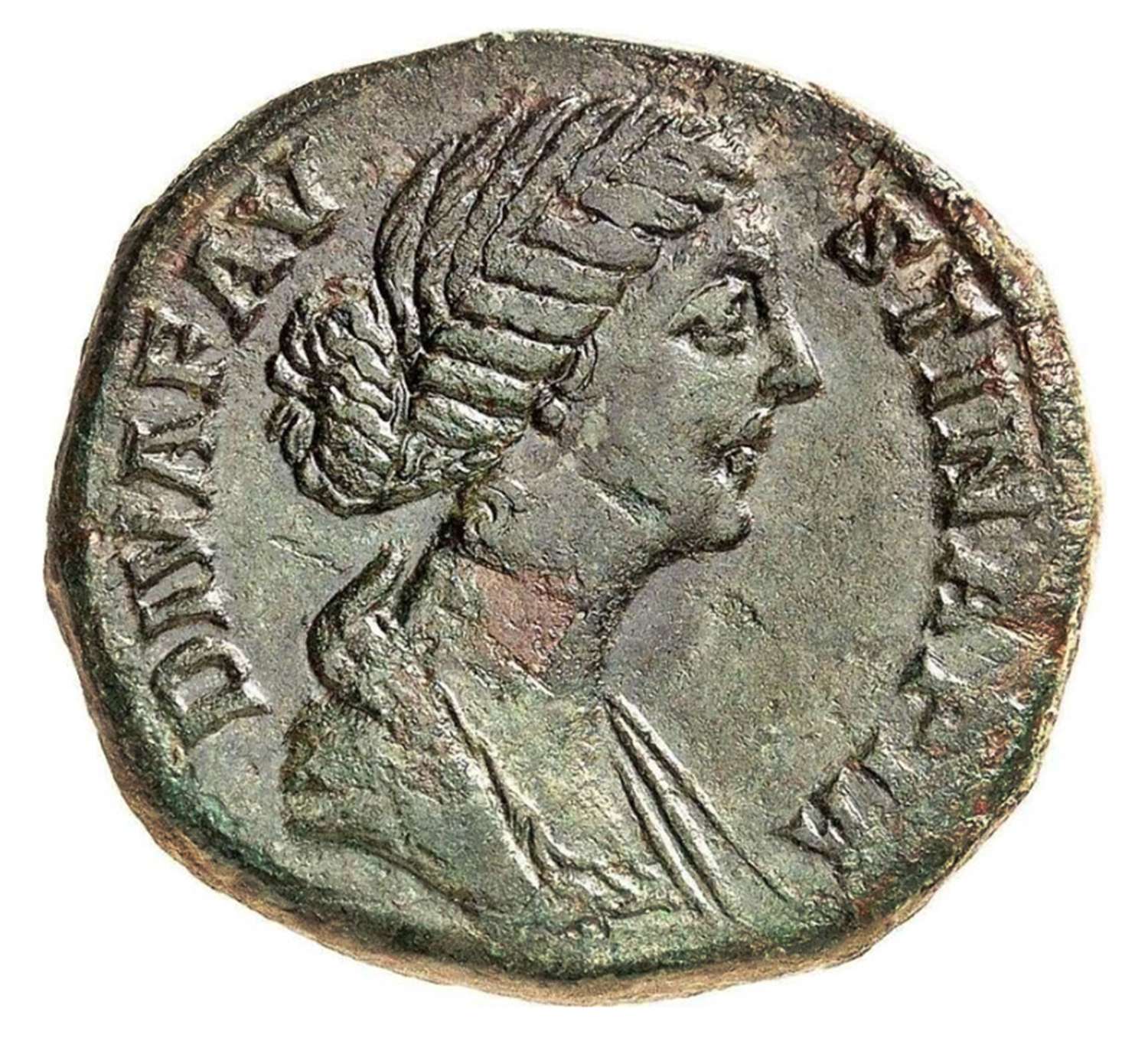 This is an ancient Roman Æ (orichalcum) sestertius of empress Faustina II, minted in Rome between 176 - 180 AD

Obverse: DIVA FAVSTINA PIA, "The divine Faustina the pious" Bust of Faustina II, draped, hair elaborately waved in nearly vertical lines and fastened in a low chignon at back of head, down cheek, curls, right.

A wonderful example with a good portrait and nice patina. 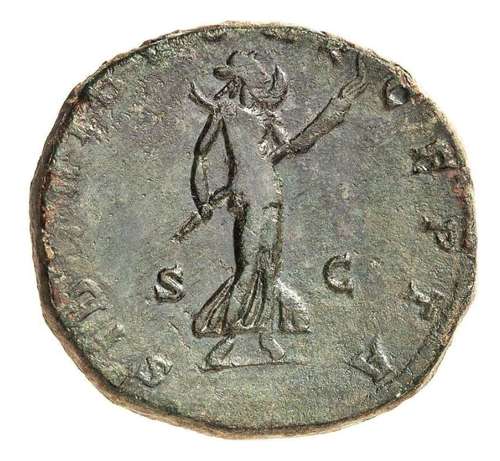 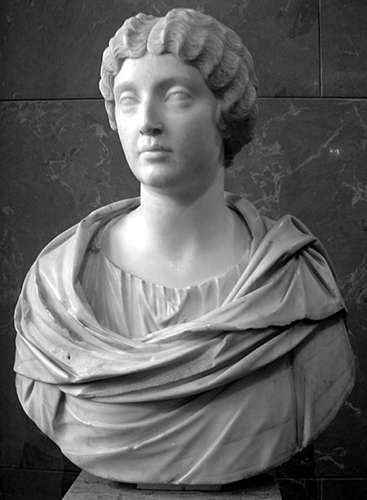