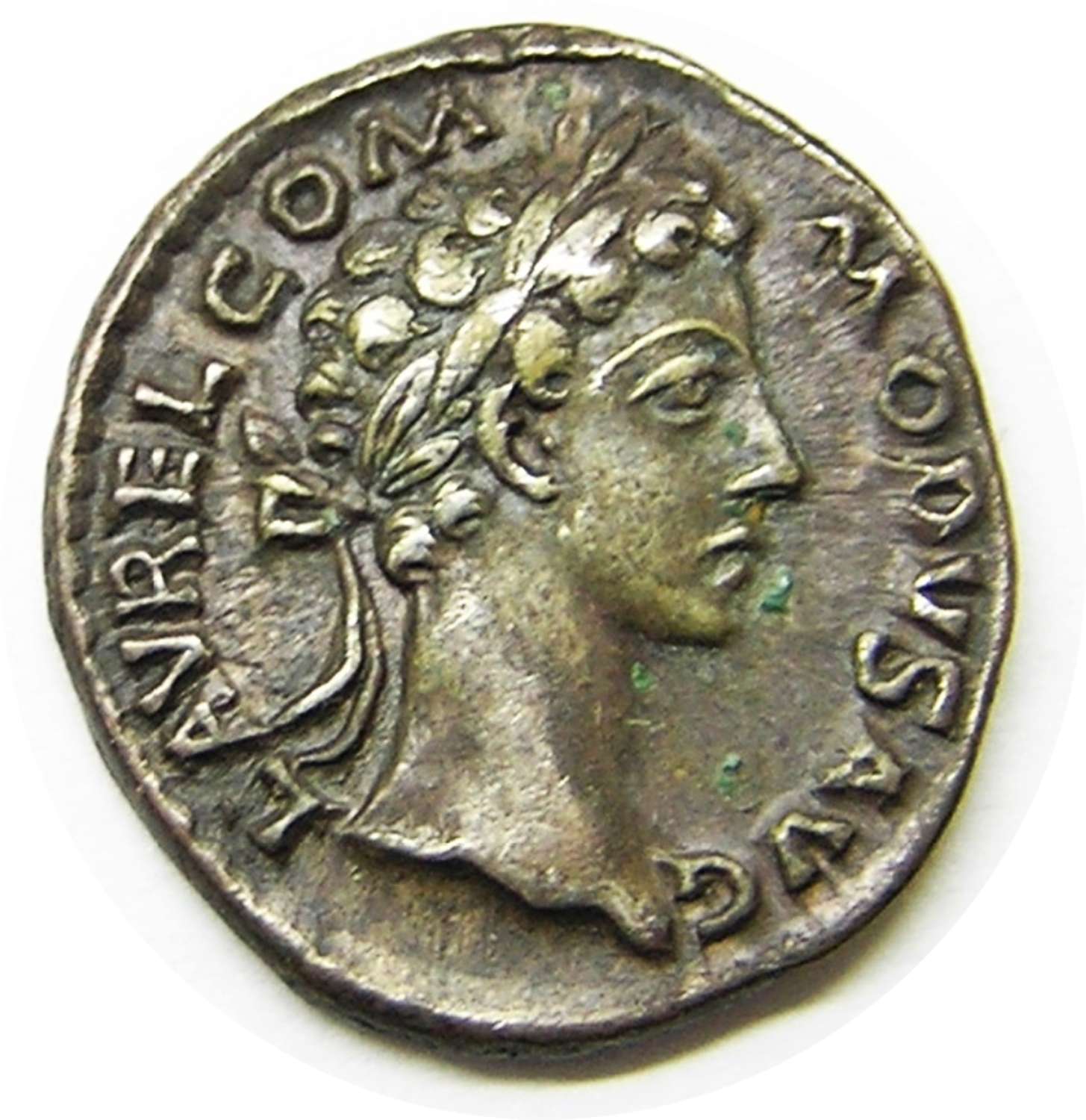 This is an ancient Roman silver denarius, of Emperor Commodus, as Co-Augustus with his father Marcus Aurelius minted at Rome in 179 AD 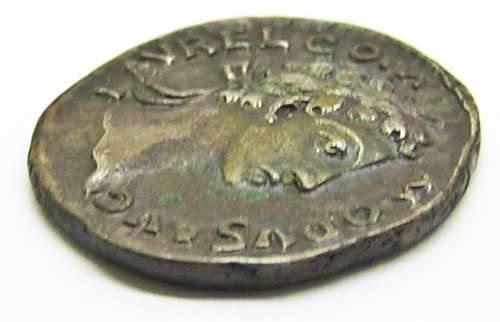 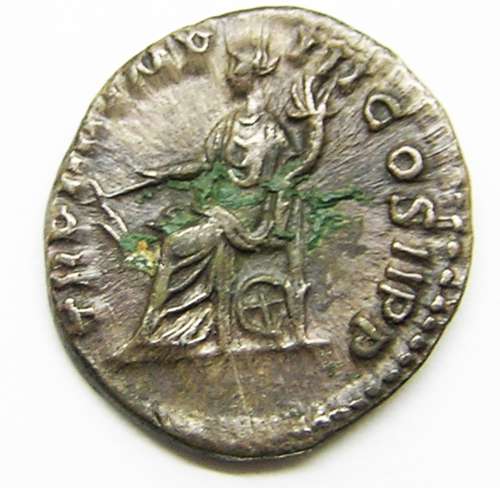