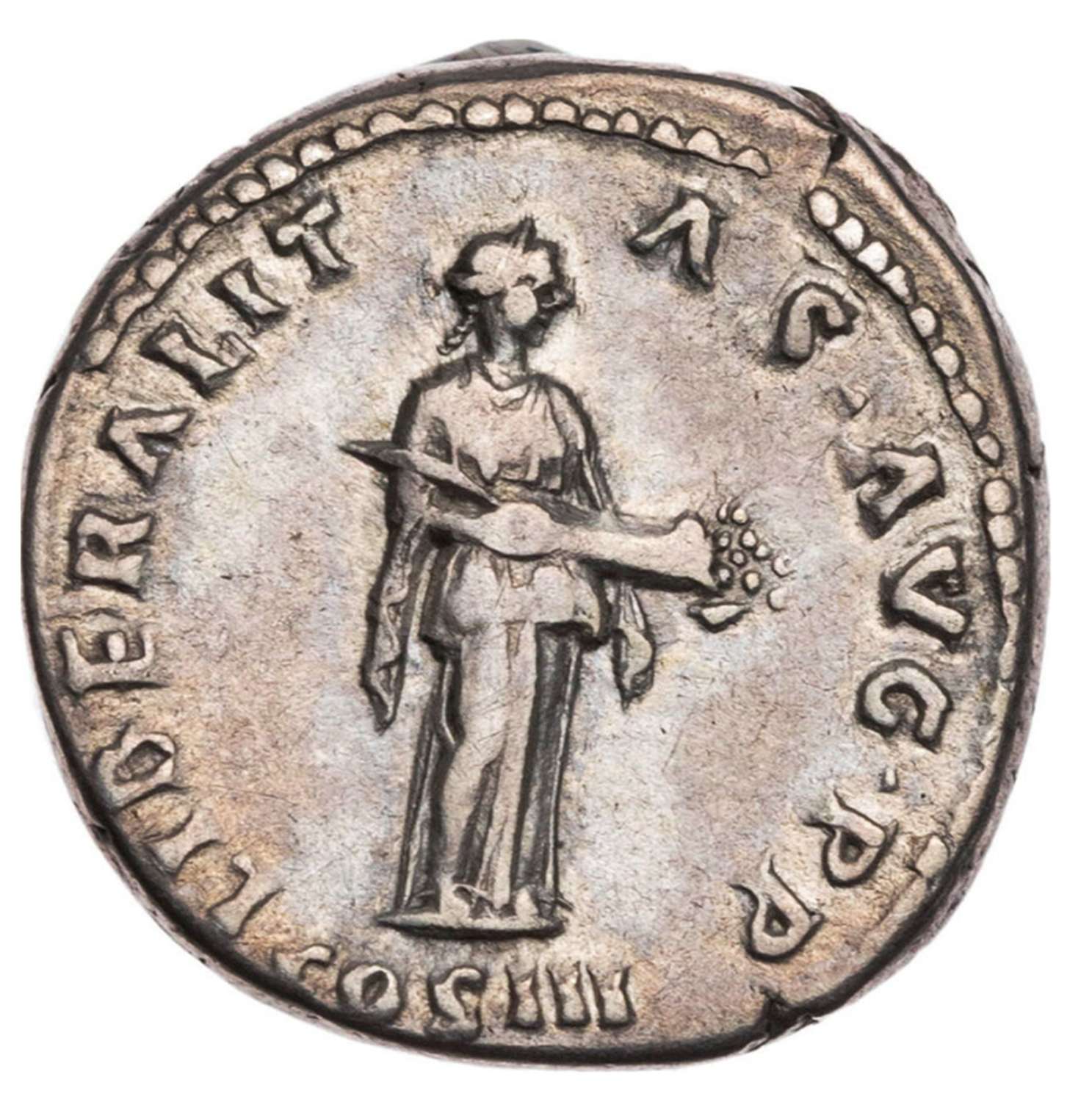 This is an ancient Roman silver denarius, of Emperor Hadrian, struck in Rome between 132 - 134 AD

Reverse:  LIBERALITAS AVG P P / COS III, "The liberality of the emperor, father of the nation, consul for the third time" Liberalitas, draped, standing right, holding cornucopiae in both hands as if about to empty it with coins pouring out.

This is a great example with a wonderful reverse, this depicts the generosity of the emperor, who gives liberality (the quality of giving or spending freely) to his Roman citizens. 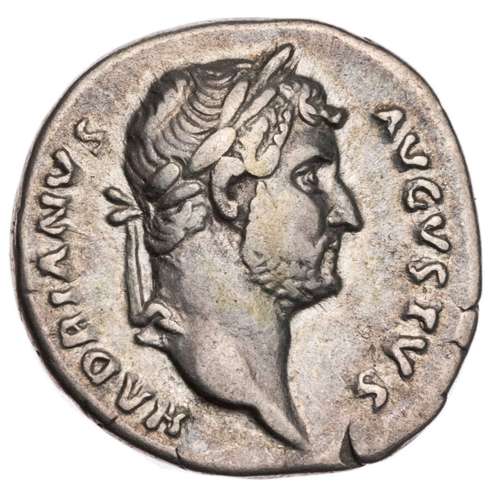 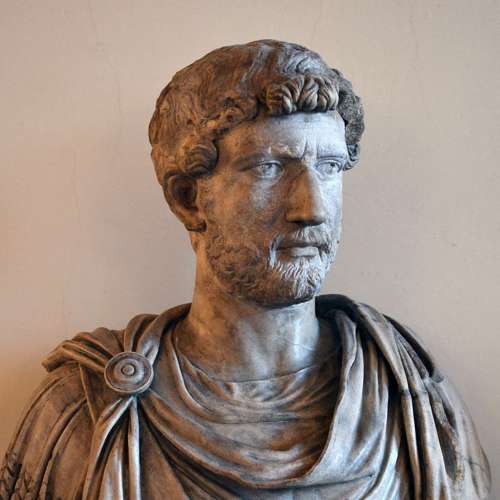