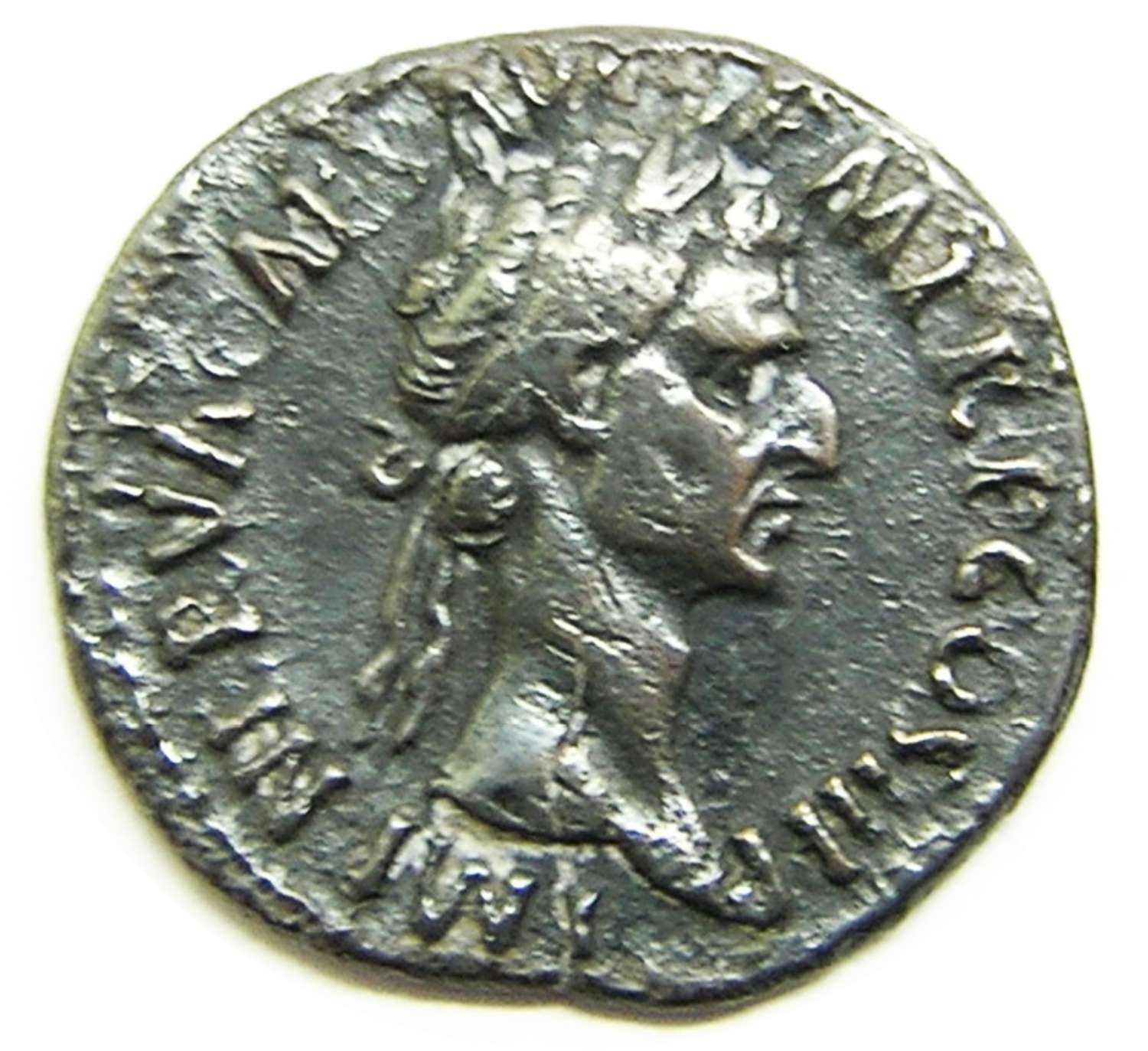 This is an ancient Roman silver denarius, of Emperor Nerva, struck at Rome in 97 AD

Reverse: CONCORDIA EXERCITVVM, "Harmony with the Army" Clasped hands holding Aquila set on prow, left.  Symbolizing the unity between the emperor and the Roman army with two clasped hands over an army standard. 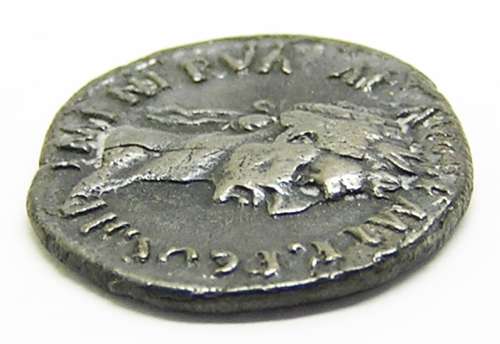 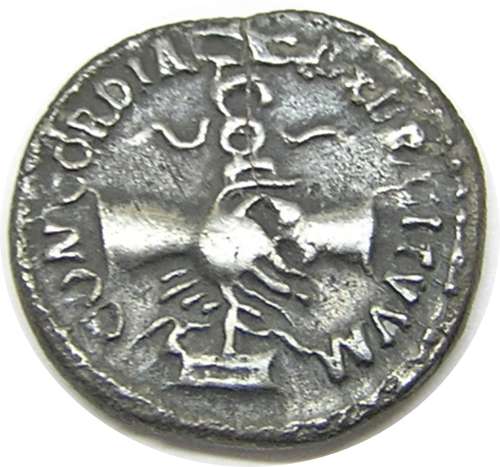 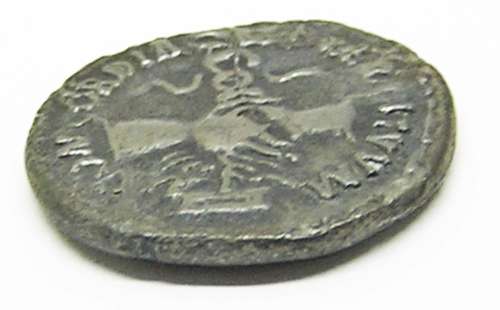