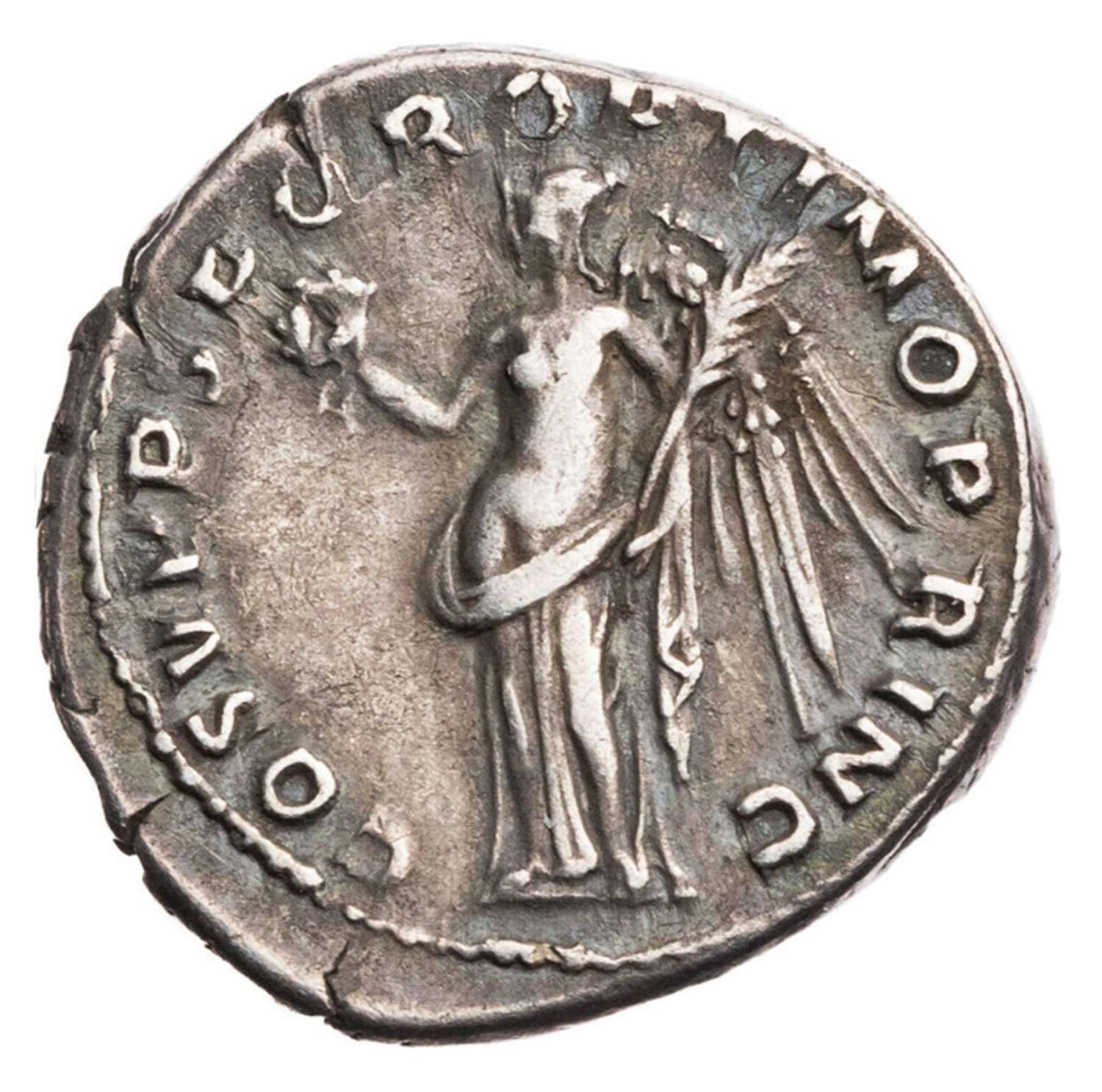 This is an ancient Roman silver denarius, of Emperor Trajan, minted in Rome between 103 - 112 AD

Reverse:  COS V P P S P Q R OPTIMO PRINC, "Consul for the fifth time, father of the nation. The senate and the Roman people. The best of princes" Victory standing left, naked to hips, holding wreath and palm.

A wonderful coin, grading at least VF and with a nice artistic reverse. 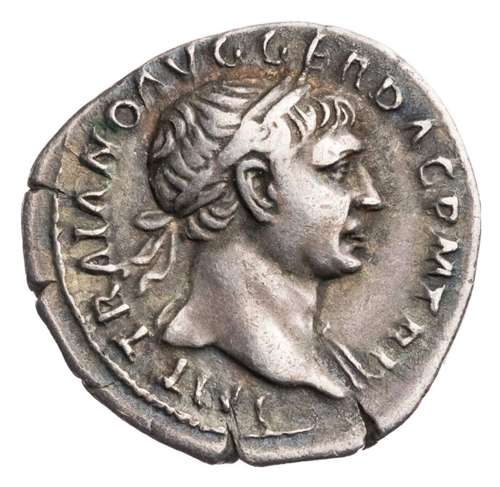 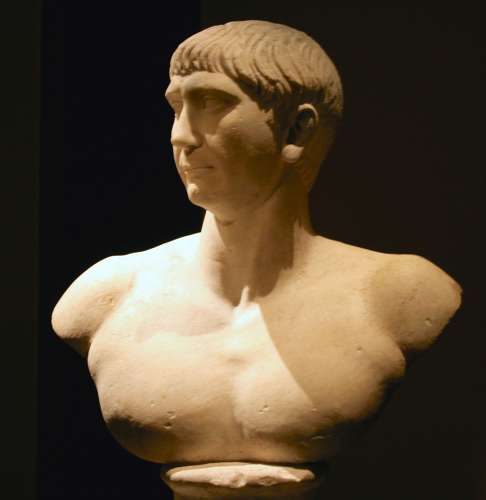